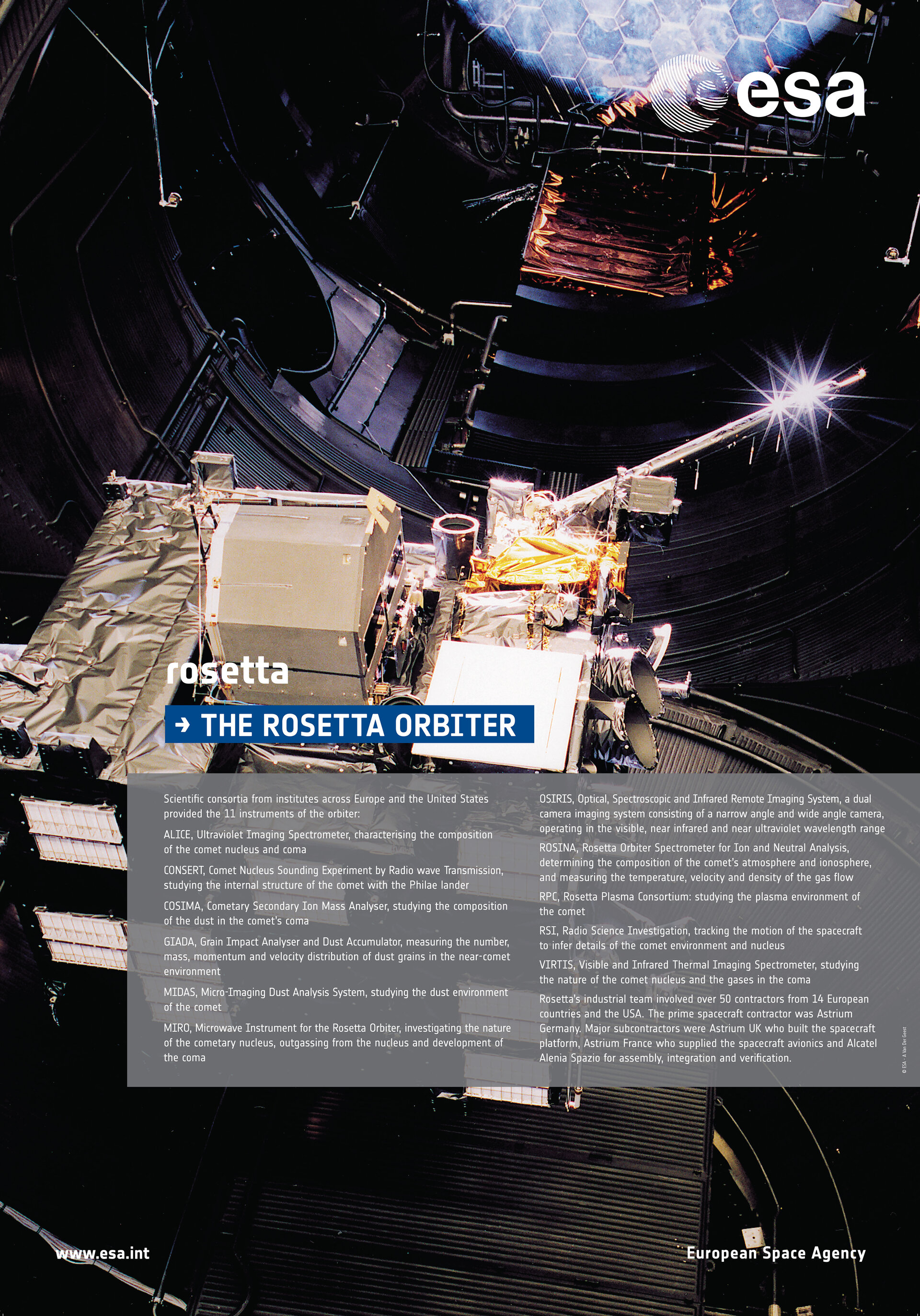 Scientific consortia from institutes across Europe and the United States provided the 11 instruments of the orbiter:

ALICE, Ultraviolet Imaging Spectrometer, characterising the composition of the comet nucleus and coma

CONSERT, Comet Nucleus Sounding Experiment by Radio wave Transmission, studying the internal structure of the comet with the Philae lander

COSIMA, Cometary Secondary Ion Mass Analyser, studying the composition of the dust in the comet’s coma

MIRO, Microwave Instrument for the Rosetta Orbiter, investigating the nature of the cometary nucleus, outgassing from the nucleus and development of the coma

OSIRIS, Optical, Spectroscopic and Infrared Remote Imaging System, a dual camera imaging system consisting of a narrow angle and wide angle camera,  operating in the visible, near infrared and near ultraviolet wavelength range

ROSINA, Rosetta Orbiter Spectrometer for Ion and Neutral Analysis, determining the composition of the comet's atmosphere and ionosphere, and measuring the temperature, velocity and density of the gas flow

RSI, Radio Science Investigation, tracking the motion of the spacecraft to infer details of the comet environment and nucleus

VIRTIS, Visible and Infrared Thermal Imaging Spectrometer, studying the nature of the comet nucleus and the gases in the coma

Rosetta’s industrial team involved over 50 contractors from 14 European countries and the USA. The prime spacecraft contractor was Astrium Germany. Major subcontractors were Astrium UK who built the spacecraft platform, Astrium France who supplied the spacecraft avionics and Alcatel Alenia Spazio for assembly, integration and verification.