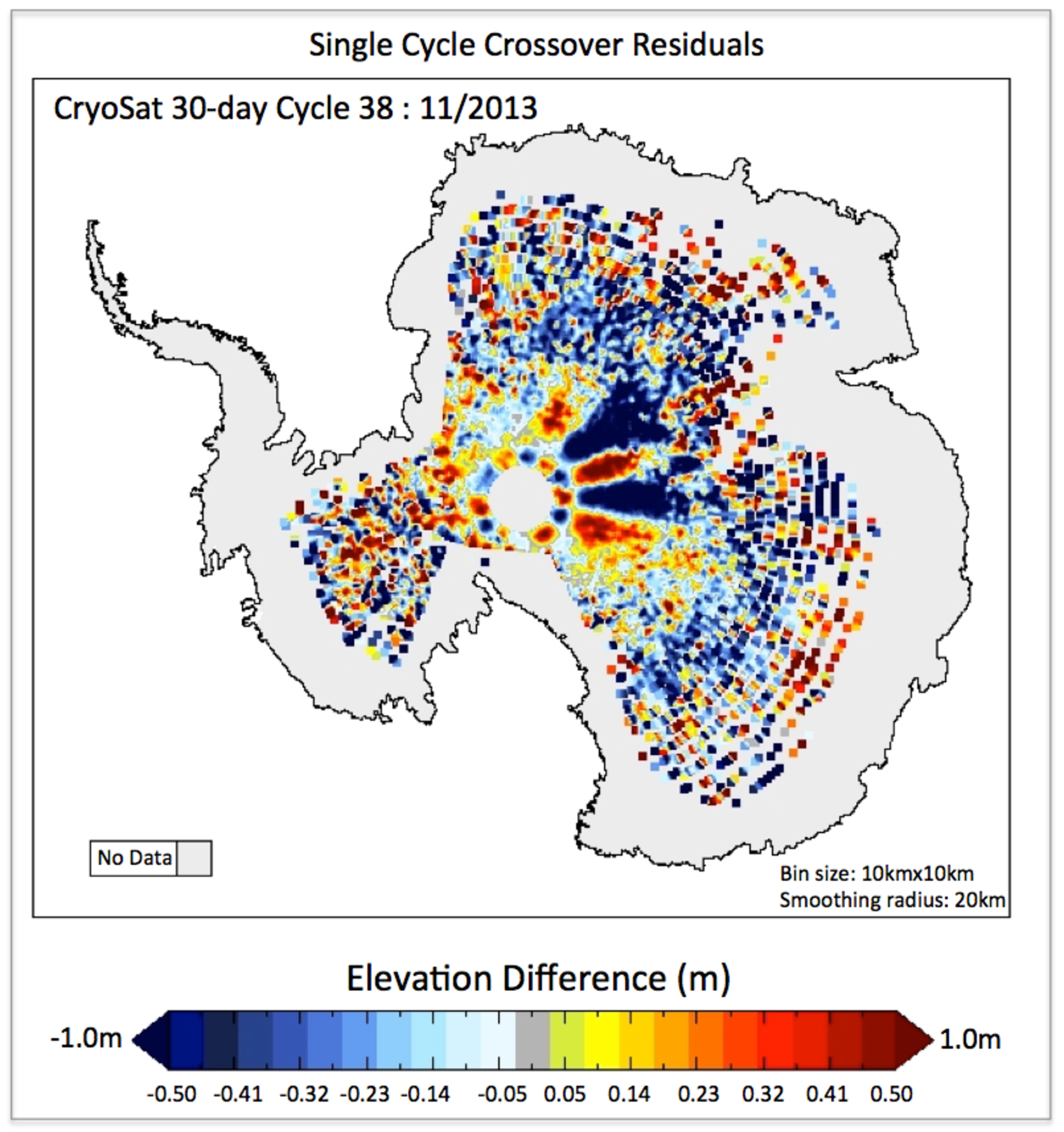 Elevation differences in Antarctica as measured by CryoSat in November 2013. There is a distinct pattern of alternating high and low elevations (shown in red and blue), which inverts closer to the South Pole. After careful analysis, it was discovered that this is an artefact caused by the interaction of the polarisation of CryoSat’s antenna with the structure of the ice.