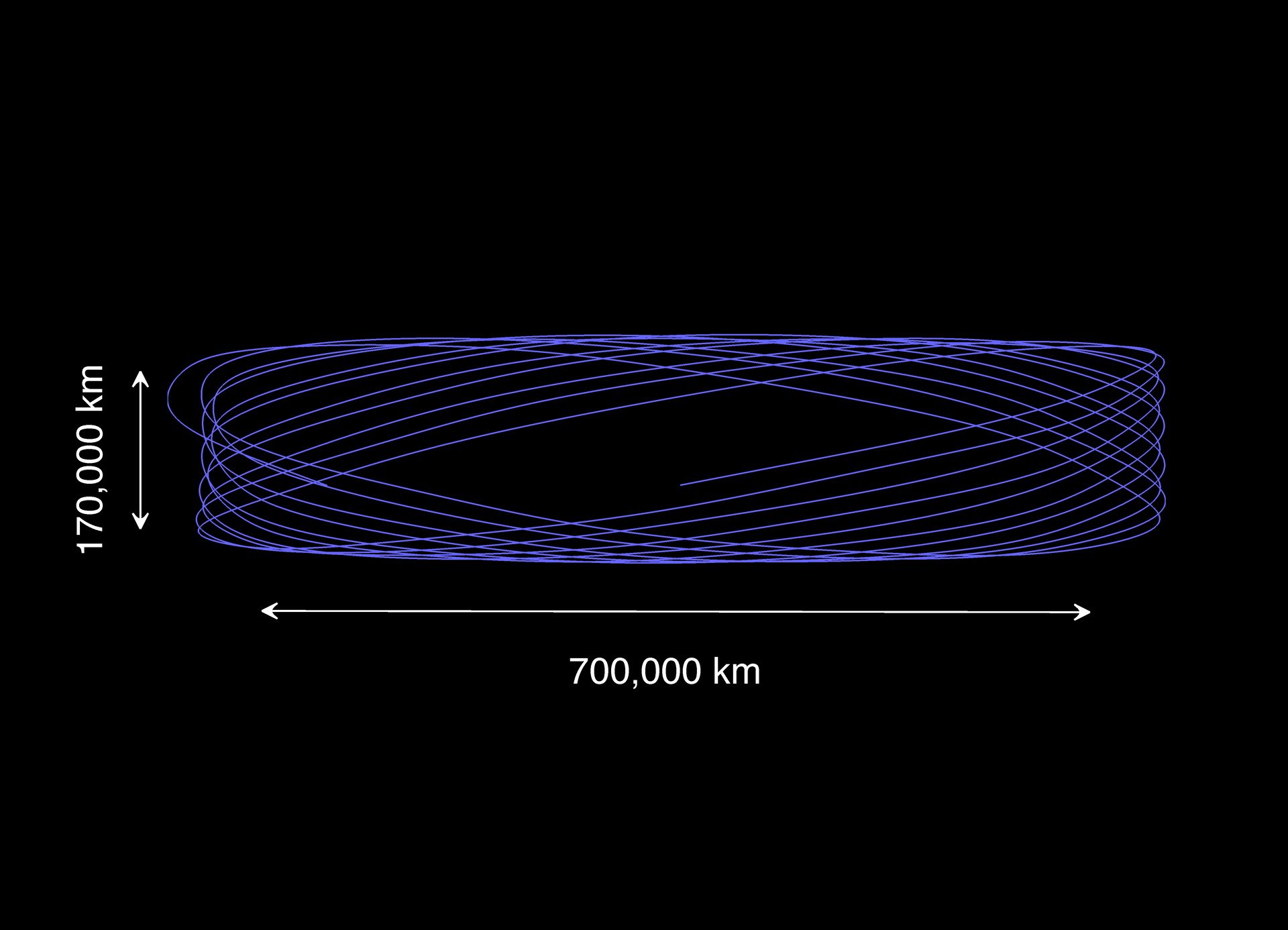 "In terms of the math, the thruster burns in January 2014 are moving Gaia onto what's known as a 'stable manifold' – a pathway in space that will lead the spacecraft to orbit around L2," says Mathias Lauer, one of the flight dynamics specialists at ESOC working on the Gaia mission. “Gaia is now moving in a so-called Lissajous orbit around L2, once every 180 days.”

The name Lissajous refers to the shape of the path traced out by the orbit as seen from Earth, which will rise then fall above and below the ecliptic plane (the plane of Earth's orbit around the Sun) while sometimes leading and sometimes lagging the Earth.