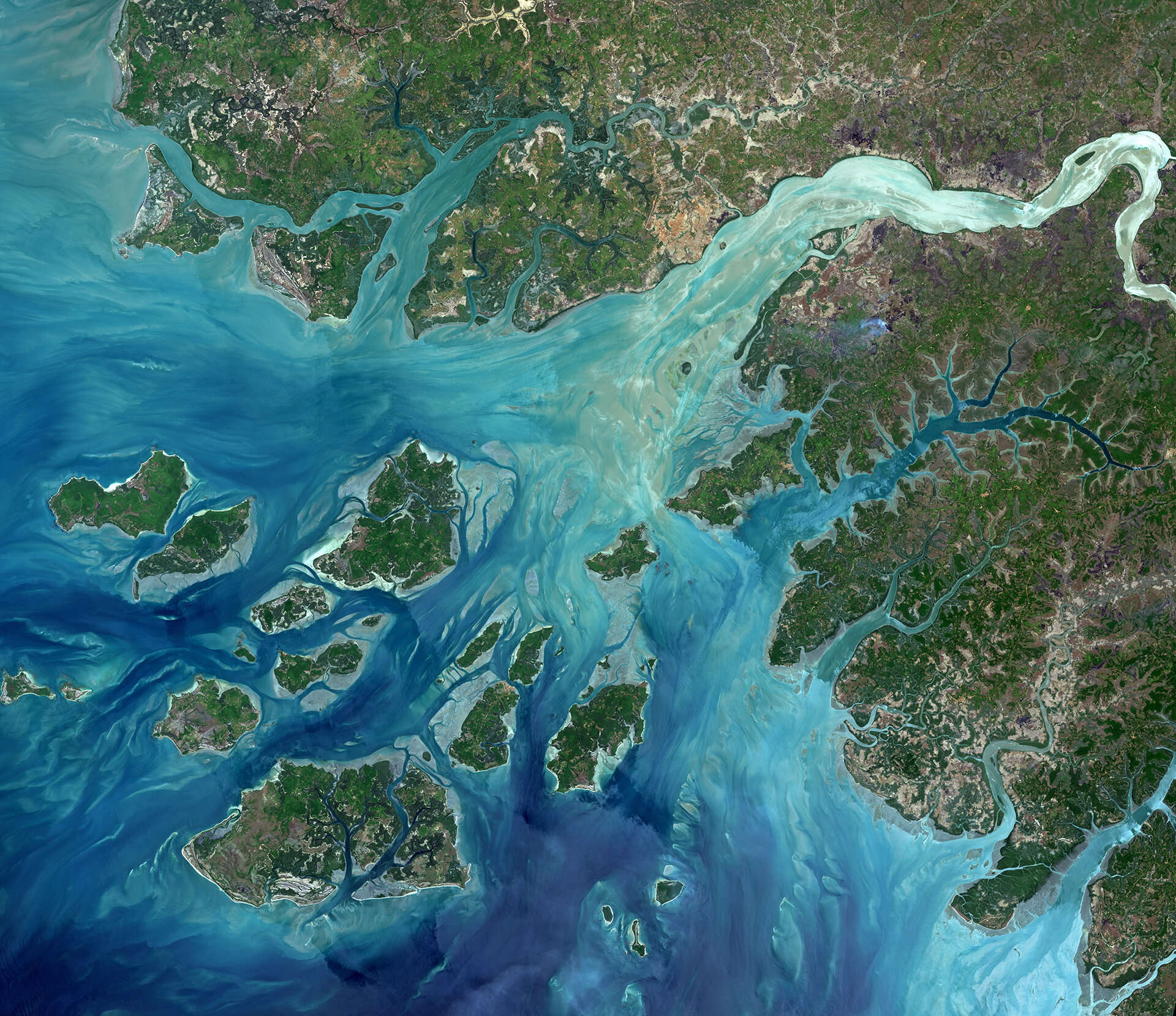 Guinea-Bissau and the Bissagos islands

The coast of Guinea-Bissau in West Africa is pictured in this image from the Landsat-8 satellite. Mangrove swamps are abundant along this coastline, acting as important feeding grounds for fish, birds and animals.

Flowing from the east, the Geba River empties into the Atlantic Ocean, with the country’s capital city of Bissau located on the river estuary. The city appears as a light brown area in the upper-central portion of the image.

Off the coast in the lower-left section of the image are the Bissagos (or Bijagós) islands – an archipelago of over 80 islands and islets. In 1996 the archipelago was declared a UNESCO Biosphere Reserve.

A diversity of mammals, reptiles, birds and fish can be found on the islands, including protected or rare species such as the Nile crocodile, hippopotamus, African manatee and the common bottlenose dolphin.

The archipelago has also been recognised as an important site for green sea turtles to lay their eggs.

In the lower left corner, the island of Orango looks like a tree, with the waterways like branches and land appears as foliage. This island is the centre of a national park, and is known for its matrimonial tradition where marriage is formally proposed by the women – who are also responsible for building the homes.

This image was acquired by Landsat-8 satellite’s Operational Land Imager on 3 May 2013 and it is featured in the Earth from Space video programme.