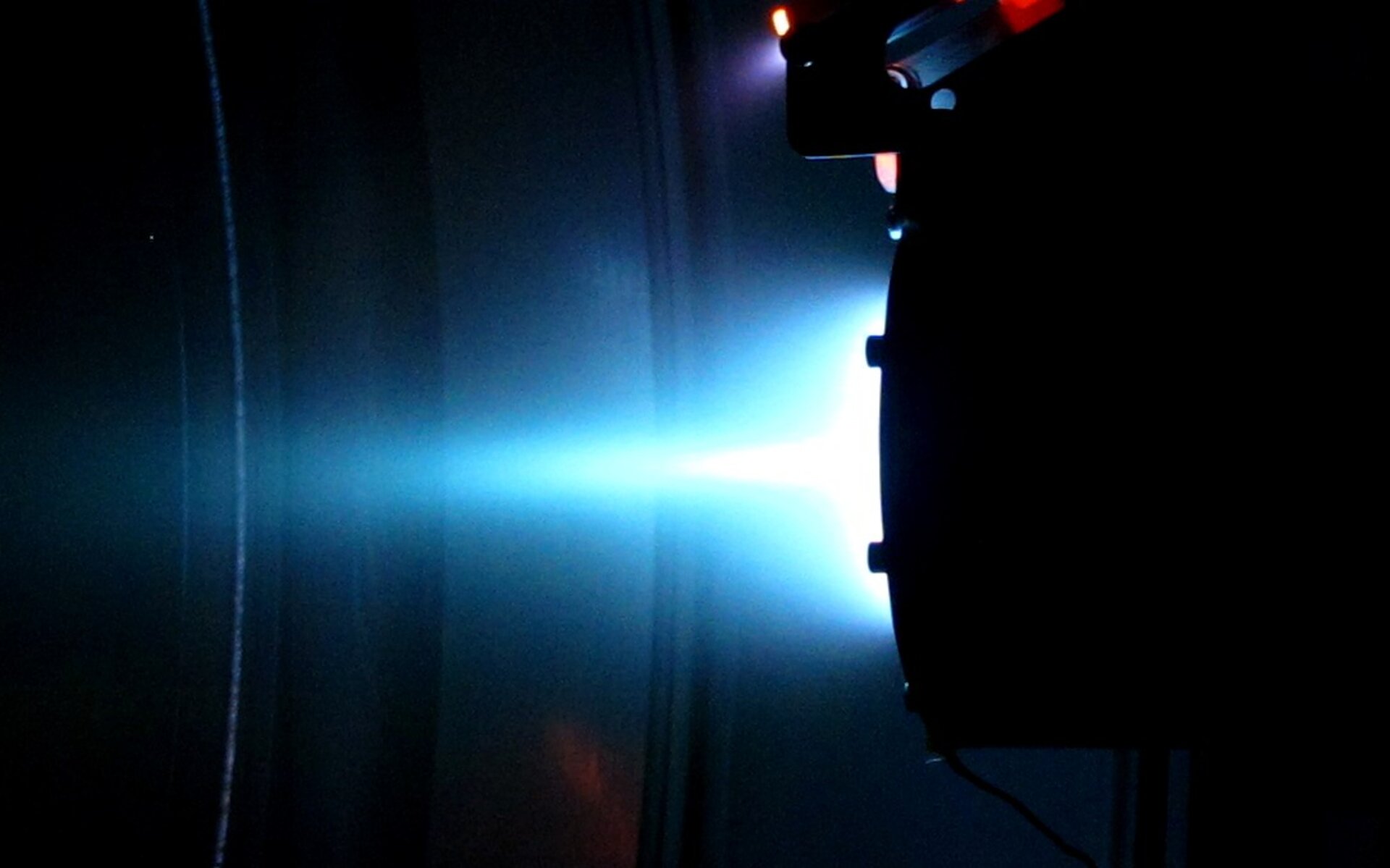 This prototype Polish-built plasma thruster is shown during test firing within an airless chamber at ESA’s Propulsion Laboratory.

Designed and built by Poland’s Institute of Plasma Physics and Laser Microfusion (IFPiLM), this is the country’s first space thruster.

Weighing 4 kg and 12 cm in length, it is a ‘Hall effect’ thruster, accelerating the ionised propellant with a magnetic field, boosting thrust compared to traditional designs.

It is designed to maintain or change the orbits of low-orbiting small satellites, including compensating for drag from the top of the atmosphere.

Such thrusters typically employ the noble gas xenon for fuel, but this design can also operate with cheaper krypton.

Testing took place inside a 4 m by 2 m vacuum chamber in the Agency’s ESTEC technical centre in Noordwijk, the Netherlands. The instrumented chamber is equipped to measure thrust down to the millinewton scale as well as gathering precise voltage and current levels.

Poland joined ESA at the end of 2012. The IFPiLM prototype was first tested at ESTEC last November, as part of ESA’s Plan for European Cooperating States (PECS) agreement signed with Poland. Two follow-up test campaigns are planned for later this year and 2015.

In operation for the last two decades, ESTEC’s ISO-certified Propulsion Laboratory specialises in electric propulsion systems, as well as some types of chemical propulsion. Its expertise includes micropropulsion testing and endurance firings, assessing thruster performance over hundreds or thousands of hours of operation.