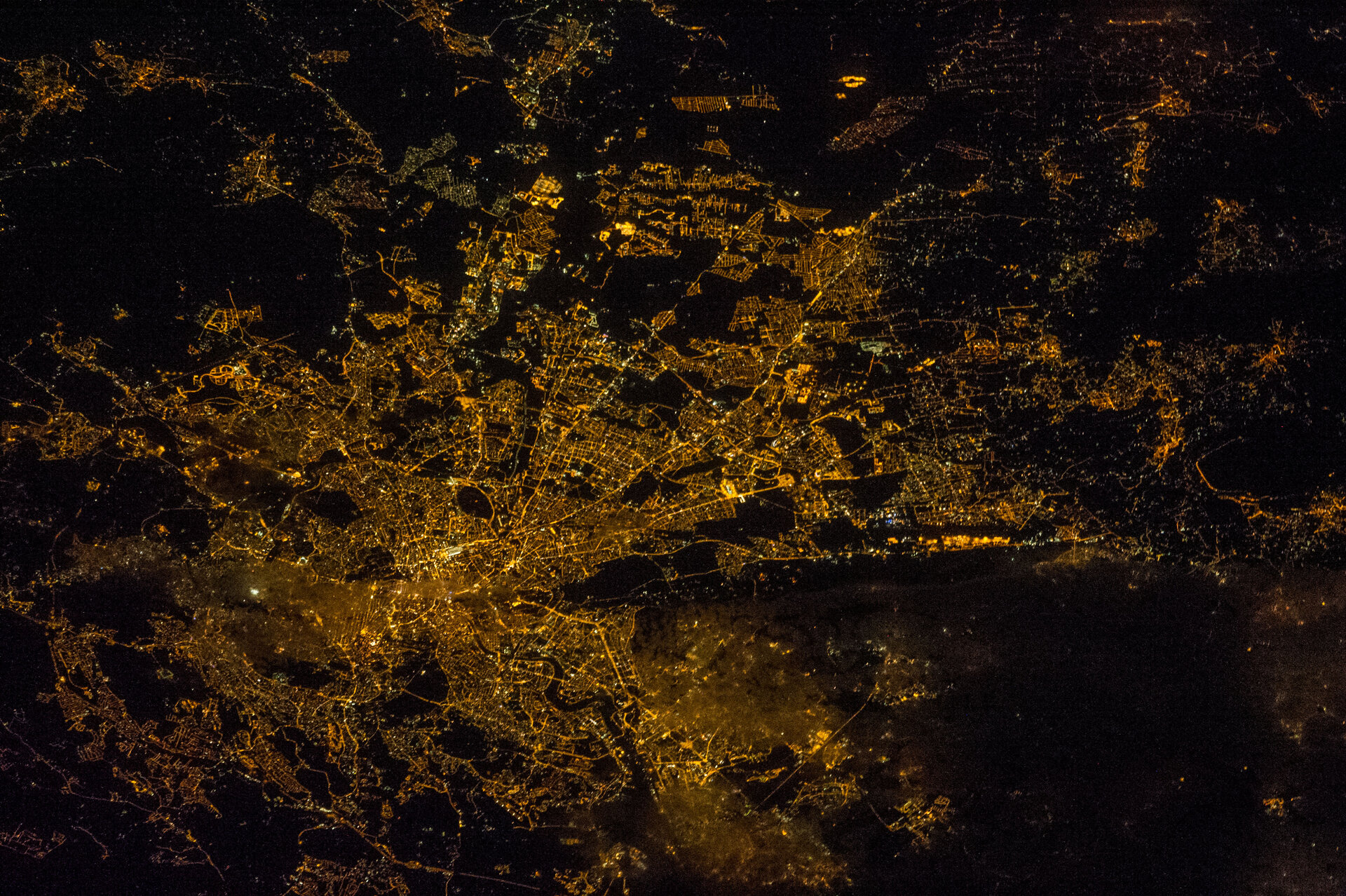 Italy’s capital city shows a distinctive patchwork of lights and darker areas when seen from the International Space Station at night. Unlike England’s capital city, Rome’s A90 ring road, the “Grande Raccordo Anulare”, is not so visible due to different motorway lighting. No single point of interest strikes out from the patchwork of roads, parks and green areas.

Rome was famously founded along the Tiber river, seen here winding its way downwards to the bottom of the image, but even the Tiber river gets lost in the sea of light at the centre of Rome. To the bottom right of this picture is the hilly area and regional park of Appia Antica leading into the Decima-Malafede regional park where humans have not settled. Instead Rome has expanded over the years in other directions. At the top of this picture, newer, sub-urban settlements are characterised by the straight streets.

ESA’s centre for Earth Observation at the ESRIN facility near Frascati can be seen to the right of this picture, above the blackness of Albano lake.

Clouds covered parts of Rome and caused the blurry areas at the bottom half of this picture taken 12 December 2013 by an Expedition 38 astronaut.