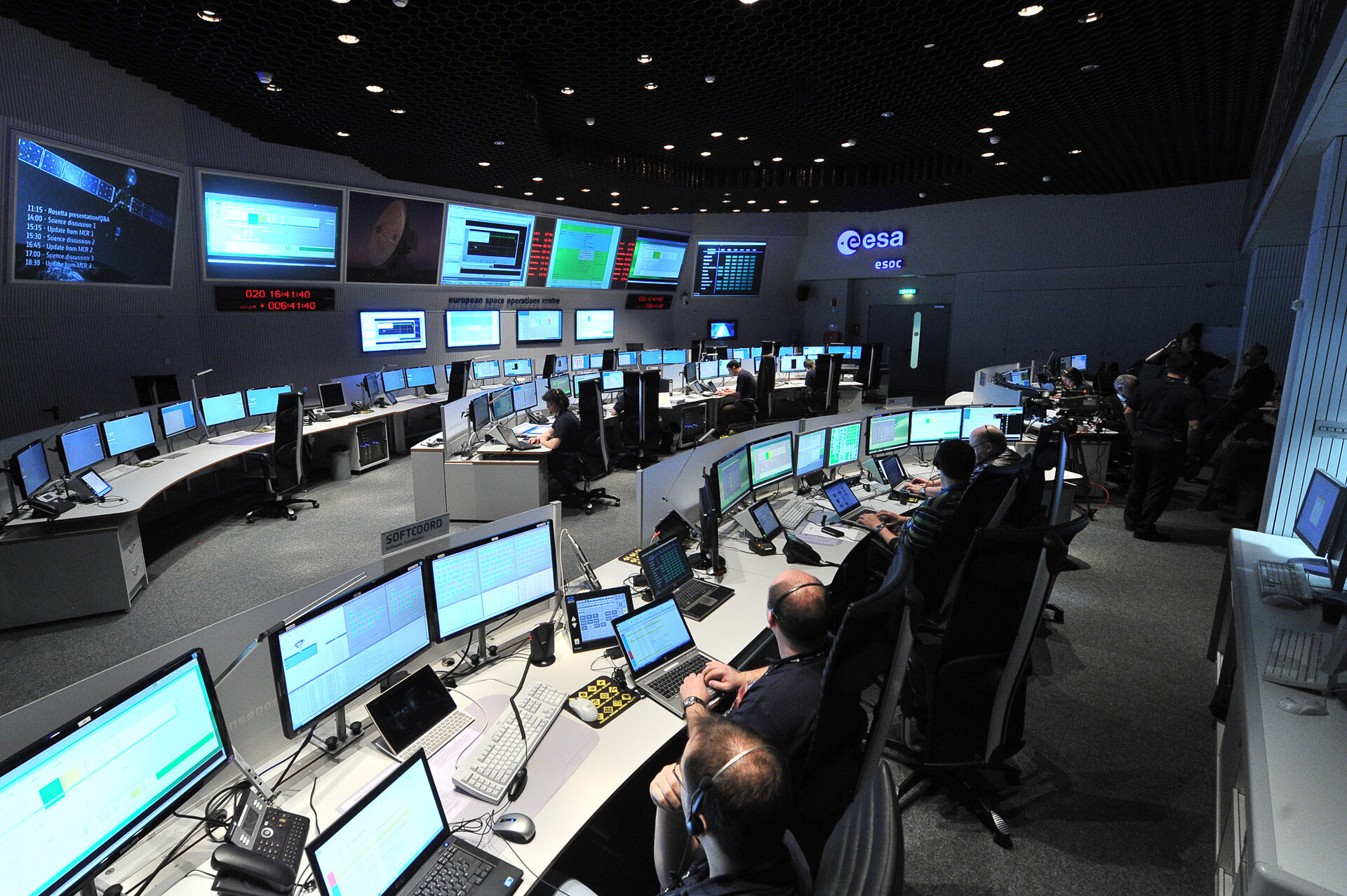 Rosetta's first signal after exiting hibernation was received by both NASA’s Goldstone and Canberra ground stations at 18:18 GMT/ 19:18 CET on 20 January 2014, during the first window of opportunity the spacecraft had to communicate with Earth. It was immediately confirmed in ESA’s space operations centre in Darmstadt and the successful wake-up announced via the @ESA_Rosetta twitter account, which tweeted: “Hello, World!”