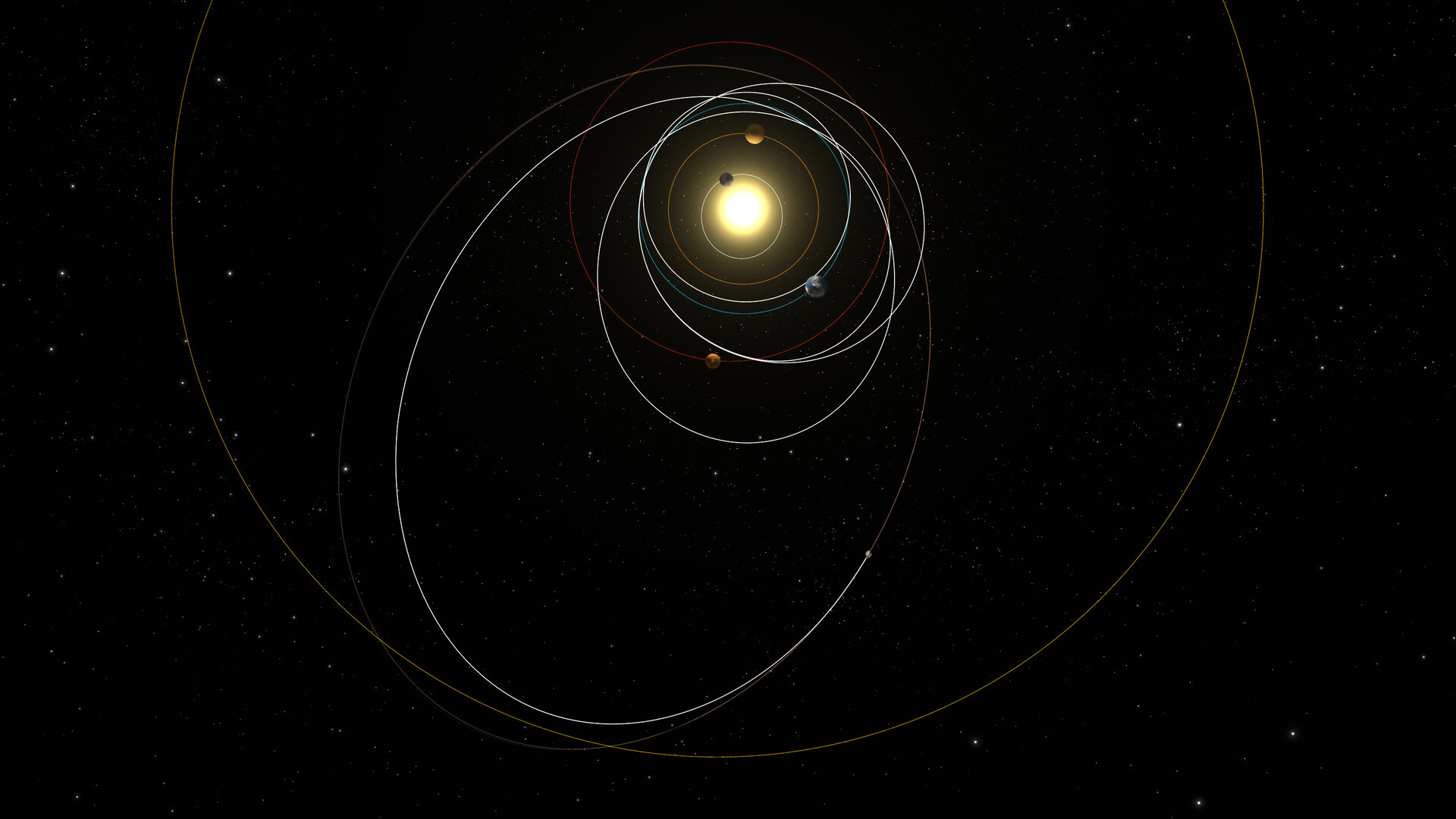 Rosetta’s journey from launch in March 2004 to comet 67P/Churyumov-Gerasimenko in August 2014, including 3 flybys of Earth and 1 of Mars. By January 2014 Rosetta is about 9 million kilometres from comet 67P/CG. By early May, Rosetta will be 2 million kilometres from the comet and at the end of May the spacecraft will execute a major rendezvous manoeuvre to line it up for orbit insertion at the start of August.

The comet and planets are not to scale.