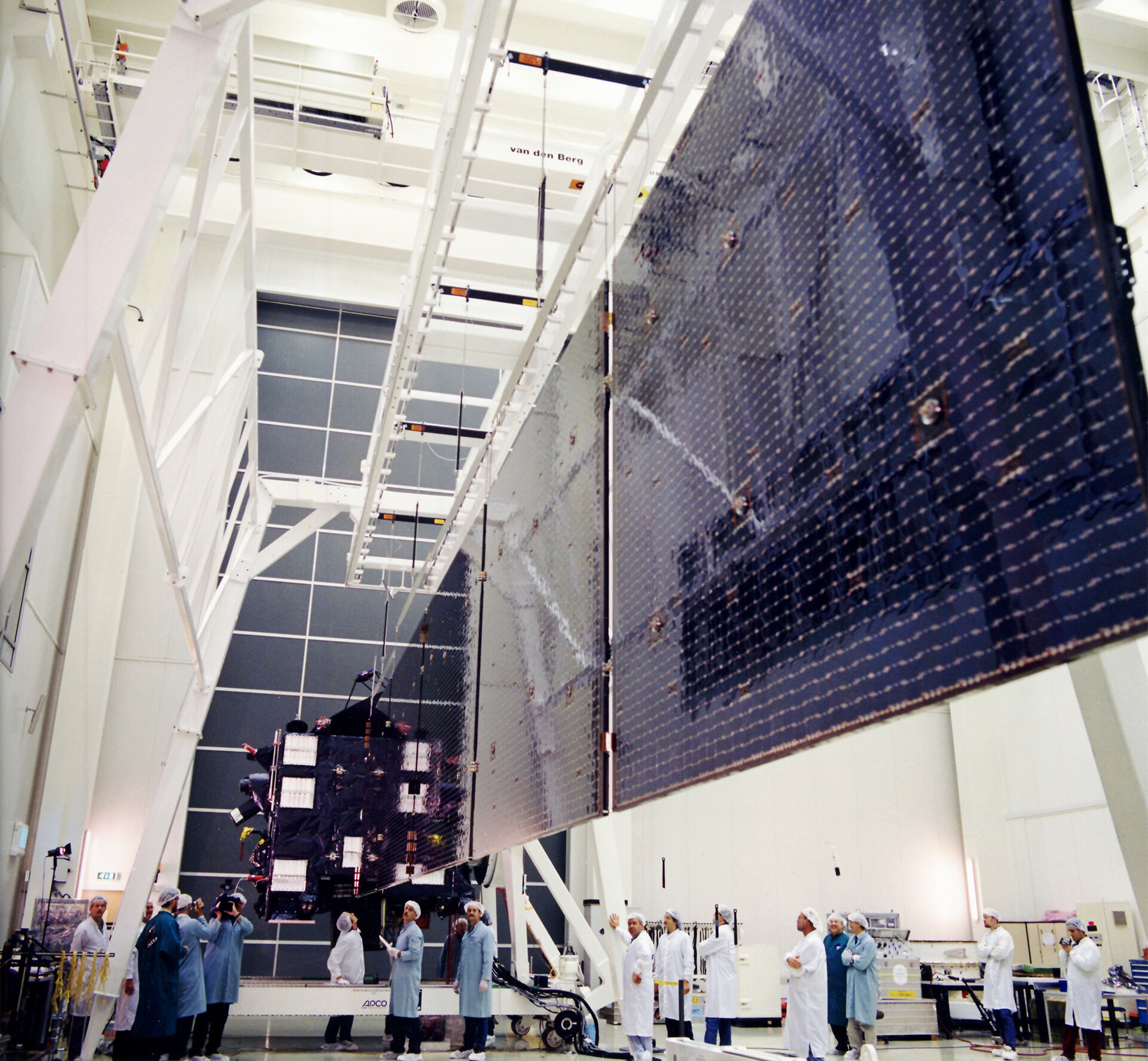 Taken back in May 2002, this image shows Rosetta being checked in the ESTEC Test Centre in Noordwijk, the Netherlands.

One of Rosetta’s massive solar wings is undergoing a deployment test, supported on a rig to allow it to unfurl in Earth gravity instead of weightlessness.

Each made up of five hinged panels, the pair of wings stretches 32 m tip-to-tip from the box-shaped spacecraft. Steerable, they have provided sufficient solar power to allow Rosetta to operate as far as 800 million km from the Sun, further than any previous solar-powered mission.  New ‘LILT’ ‘low intensity low temperature’ solar cells were specially designed for the array.

On the top of the spacecraft can be glimpsed Rosetta’s 2.2 m-diameter high-gain antenna, a steerable dish used to return science data to Earth.