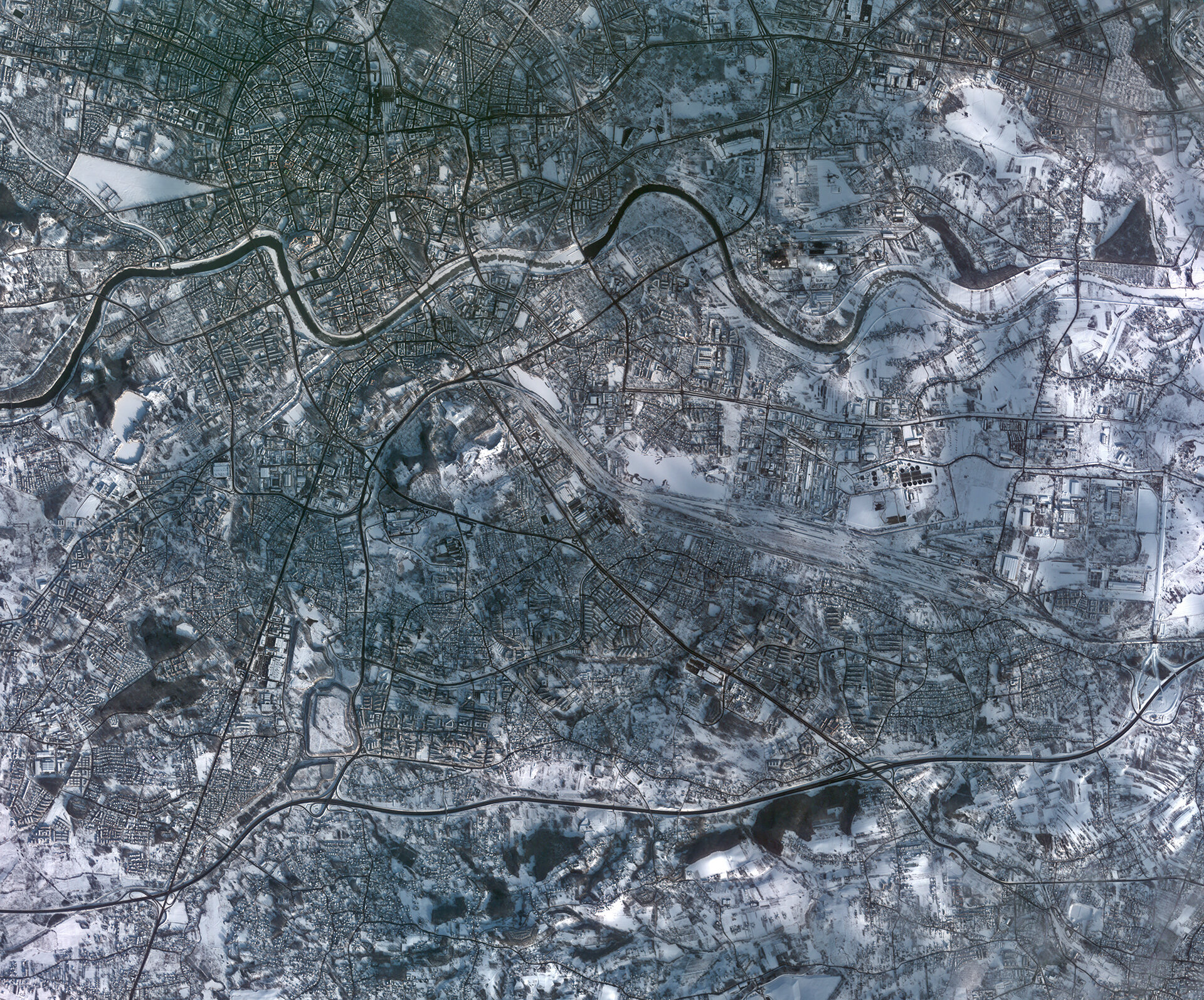 The snow-covered southern Polish city of Kraków is pictured in this image from the Kompsat-2 satellite.

The Vistula River snakes across the top of the image. The part of the river pictured flows from west to east as it winds northwards and empties into the Baltic Sea (not visible).

Kraków sits in a valley at the foot of the Carpathian Mountains and has a number of important nature reserves of great ecological value. Dubbed the European Capital of Culture in 2000, the city has an extensive cultural heritage across the epochs of Gothic, Renaissance and Baroque architecture, and is home to one of the oldest universities in the world: Jagellonian University.

Just north of the river at the centre-left portion of the image is the medieval Old Town or historic central district. The area is home to Europe’s largest market square, along with numerous historic houses, palaces and churches.

Listed as a UNESCO World Heritage Site since 1978, the Old Town was the centre of Poland’s political life until King Sigismund III Vasa moved his court to Warsaw in the late 1500s.

This image was acquired on 5 February 2010 by the Korea Aerospace Research Institute’s Kompsat-2 satellite.