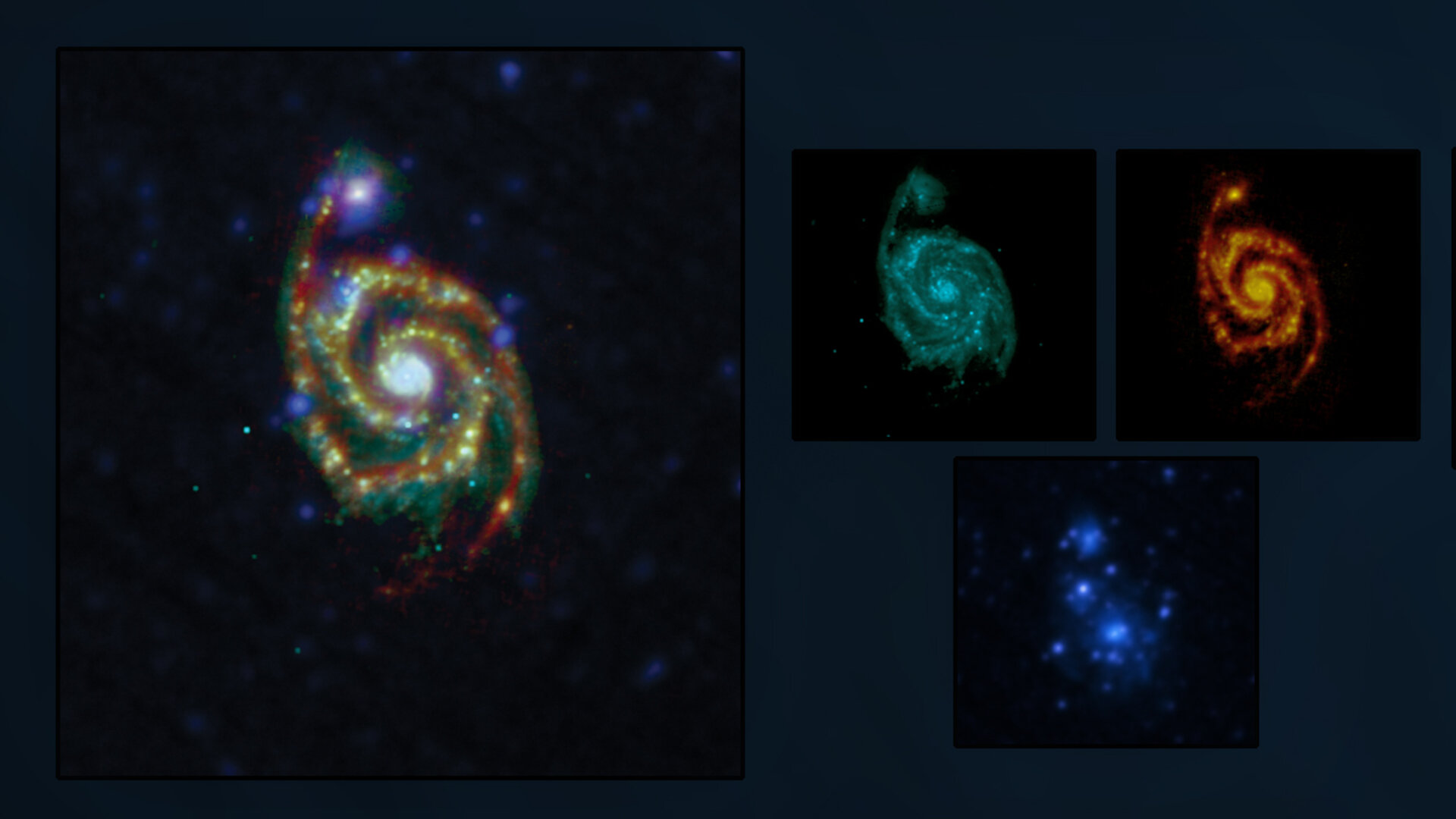 The whirl of stellar life

The Whirlpool Galaxy, also known as M51 or NGC 5194, is one of the most spectacular examples of a spiral galaxy. With two spiral arms curling into one another in a billowing swirl, this galaxy hosts over a hundred billion stars and is currently merging with its companion, the smaller galaxy NGC 5195.

Around 30 million light-years away, the Whirlpool Galaxy is close enough to be easily spotted even with binoculars. Using the best telescopes available both on the ground and in space, astronomers can scrutinise its population of stars in extraordinary detail.

In this image, observations performed at three different wavelengths with ESA’s Herschel and XMM-Newton space telescopes are combined to reveal how three generations of stars coexist in the Whirlpool Galaxy.

The infrared light collected by Herschel – shown in red and yellow – reveals the glow of cosmic dust, which is a minor but crucial ingredient in the interstellar material in the galaxy’s spiral arms. This mixture of gas and dust provides the raw material from which the Whirlpool Galaxy’s future generations of stars will take shape.

Observing in visible and ultraviolet light, astronomers can see the current population of stars in the Whirlpool Galaxy, since stars in their prime shine most brightly at shorter wavelengths than infrared. Seen at ultraviolet wavelengths with XMM-Newton and portrayed in green in this composite image are the galaxy’s fiercest stellar inhabitants: young and massive stars pouring powerful winds and radiation into their surroundings.

The image also shows the remains of previous stellar generations, which shine brightly in X-rays and were detected by XMM-Newton. Shown in blue, these sources of X-rays are either the sites where massive stars exploded as supernovae in the past several thousand years, or binary systems that host neutron stars or black holes, the compact objects left behind by supernovae.