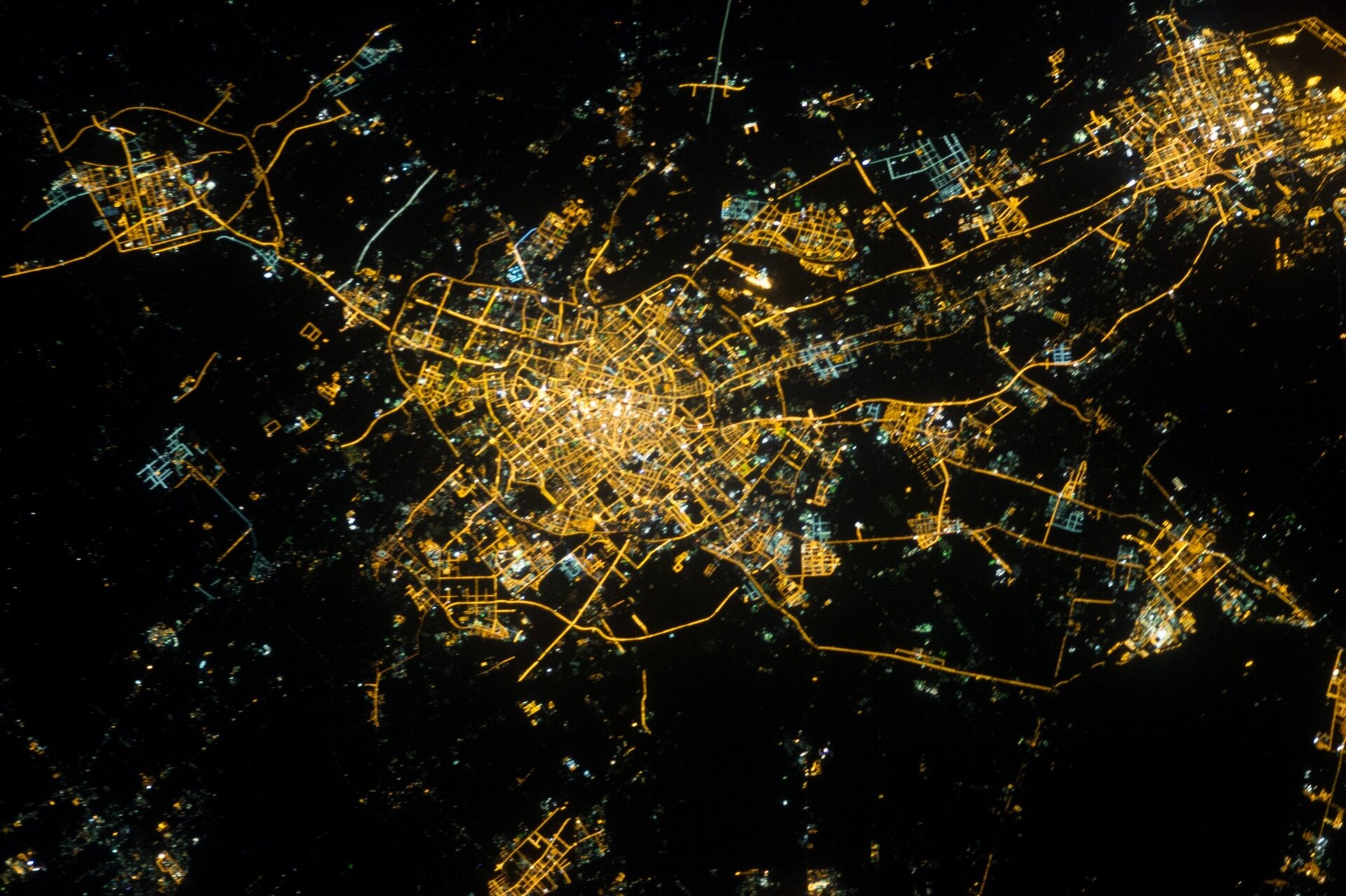 Tianjin, China, lies around 100 km southeast of Beijing near China’s eastern coast. At the top right of this image – taken from the International Space Station at night – is the Tianjin Port welcoming ships from the Bohai Bay.

The street lighting in Tianjin is interesting as it shows two different colours, presumably from different lighting technologies. At night the dual urban areas of Tianjin show up clearly with the centre and old city in the middle and the newer urban city of Binhai to the right along with the port.

The other two lit-up areas in this image are the cities of Wuqing on the road to Beijing heading North (to the left here) and Jinnan below Binhai.

Tianjin is the fourth largest city of China with over 12 million inhabitants. This image was taken by an astronaut from the International Space Station using Nightpod: ESA’s camera aid that tracks the motion of Earth as our planet flies underneath the orbital outpost at 28 800 km/h. The resulting images are sharper than if an astronaut compensates for the Earth’s rotation by hand.