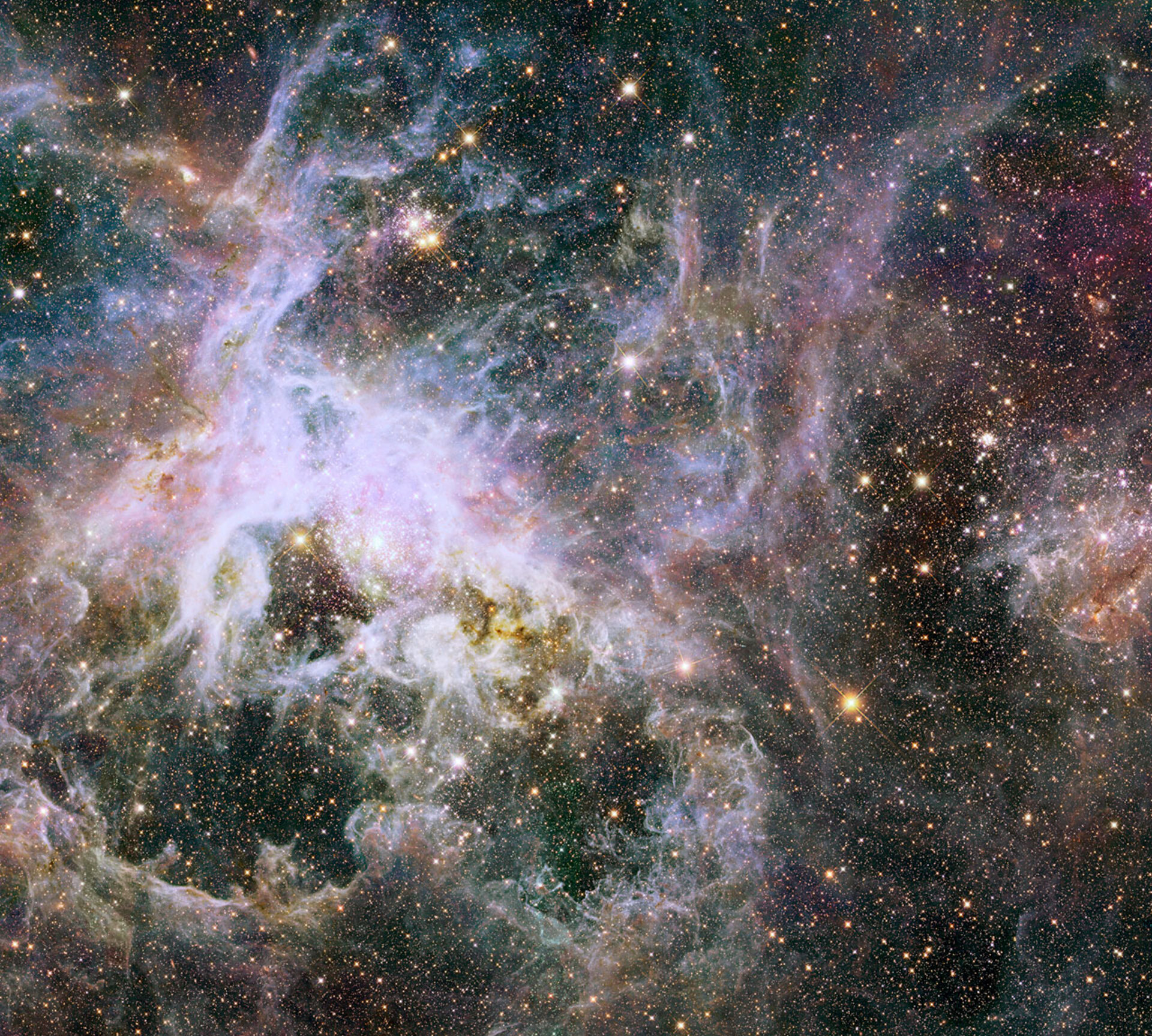 Unravelling the web of a cosmic creeply-crawly

This new Hubble image shows a cosmic creepy-crawly known as the Tarantula Nebula in infrared light. This region is full of star clusters, glowing gas, and thick dark dust.

Created using observations taken as part of the Hubble Tarantula Treasury Project (HTTP), this image was snapped using Hubble's Wide Field Camera 3 (WFC3) and Advanced Camera for Surveys (ACS). The Hubble Tarantula Treasury Project (HTTP) is scanning and imaging many of the many millions of stars within the Tarantula, mapping out the locations and properties of the nebula's stellar inhabitants. These observations will help astronomers to piece together an understanding of the nebula's skeleton, viewing its starry structure.

Read more: Unravelling the web of a cosmic creepy-crawly [heic1402]