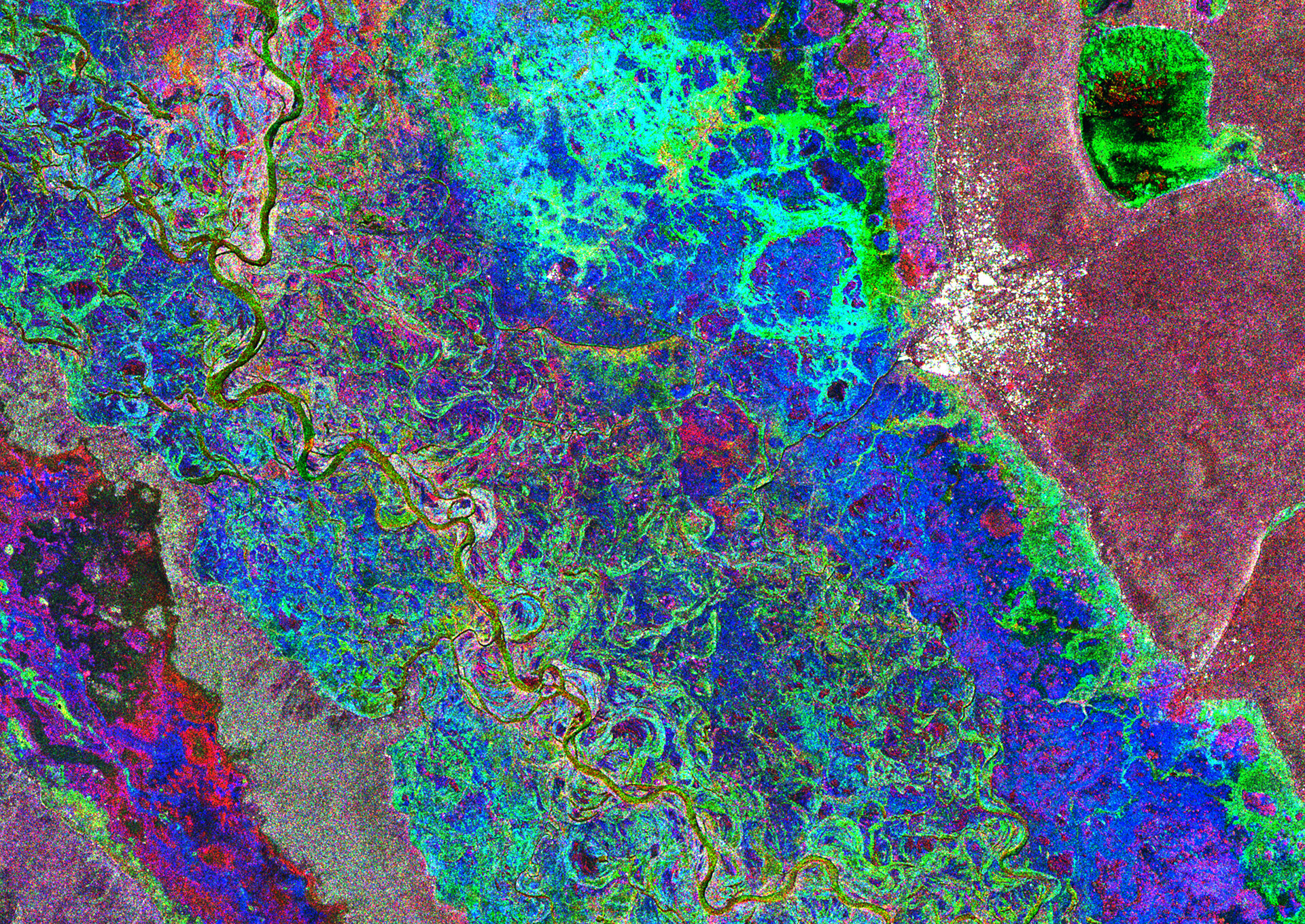 This image from Envisat’s radar shows the Zambezi River’s floodplain in western Zambia.

The city of Mongu appears as a cluster of white radar reflections on the right side of the image. It is about 15 km from the river’s main channel – which appears light green, snaking down the left side of the image – but during the wet season, the waters rise right up to the edge of the town.

This image is a compilation of three acquisitions from Envisat’s radar. Each acquisition is assigned a colour, and when combined show changes between the acquisitions.

The individual images were acquired on 1 March, during the wet season, 27 September and 26 December, when water levels were low, all during 2011. Combined, the psychedelic array of colours reveal how drastically the floodplain changes between seasons.

As the second largest wetland in Zambia, the Zambezi floodplain is a major spawning ground for fish. With about 80 different fish species, it serves as a source of livelihood to the local people, along with harvesting of other wetland resources like reeds and sedges for handicraft, and rice cultivation.

But this area is threatened by unsustainable fishing, animal poaching and the dredging of canals.

The Zambezi floodplains is just one of the over 2000 sites worldwide considered to be wetlands of international importance by the Ramsar Convention – an intergovernmental treaty for the sustainable use of wetlands. World Wetlands Day is observed on 2 February, the anniversary of the signing of the Convention.

ESA assists the Ramsar Convention through the GlobWetland project and the TIGER initiative ‘Looking After Water in Africa’, which provide satellite data to be used to monitor these precious resources.

This image is featured in the Earth from Space video programme.