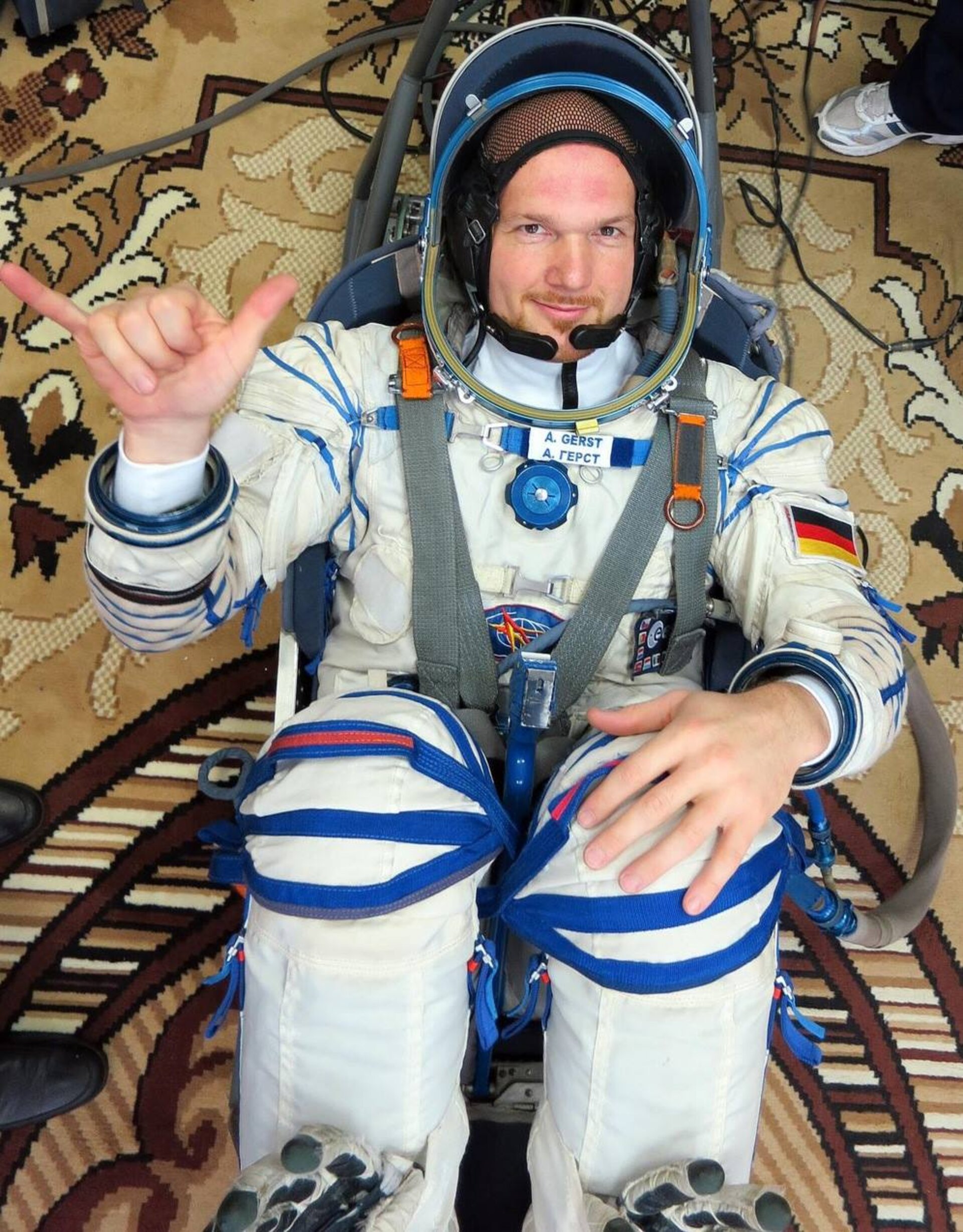 ESA astronaut Alexander Gerst testing the Russian Sokol pressure suit he will wear in the Soyuz spacecraft when he is launched to the International Space Station in May 2014.

His six-month mission will include experiments on plasma, robotics and metals as well as educational experiments involving moving soap bubbles with sound.