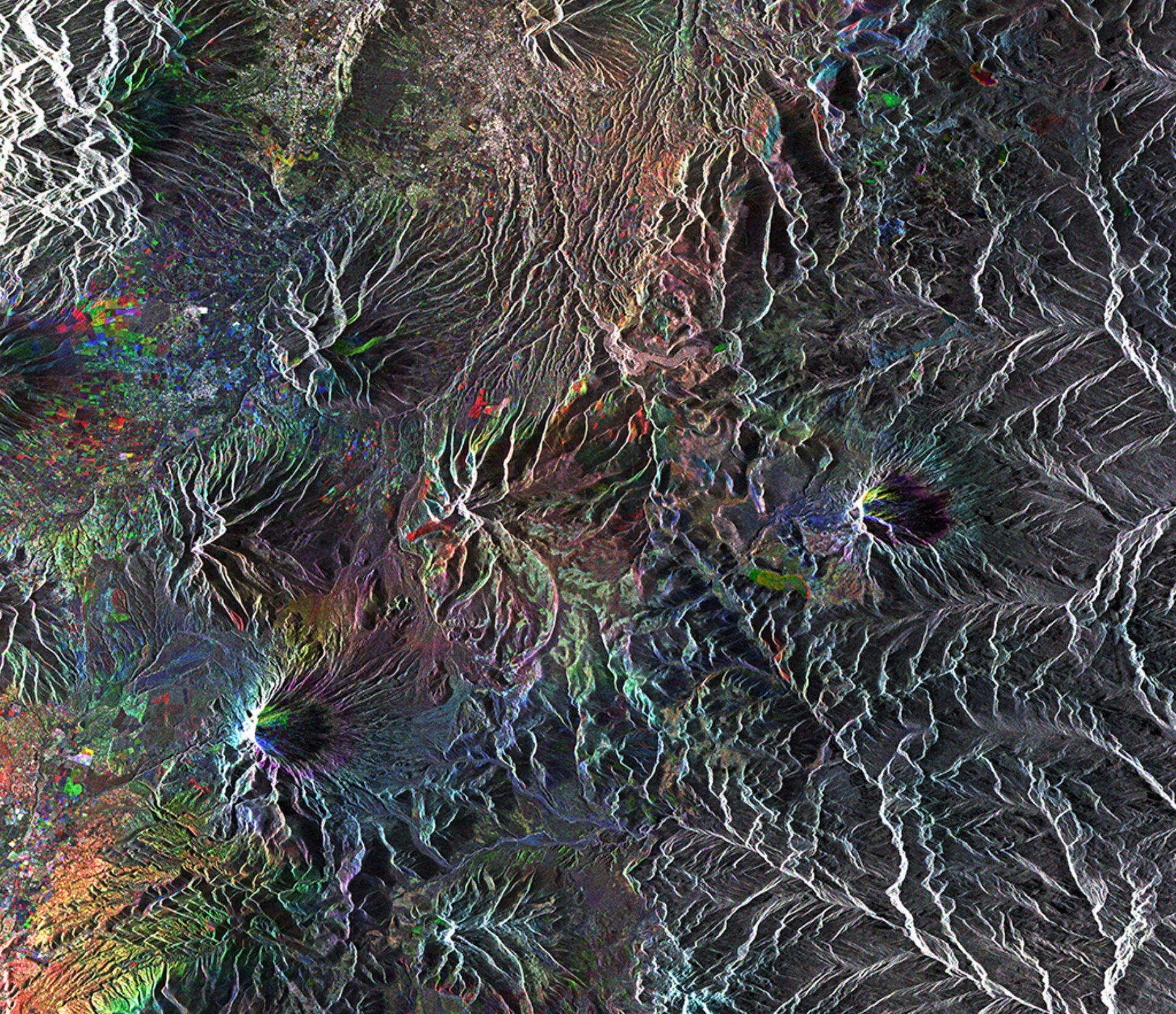 Ecuador’s northern highlands are pictured in this image from Envisat.

Near the top left of the image, the southern outskirts of Ecuador’s capital, Quito, appear as white dots. Quito is one of the highest capital cities in the world, at an elevation of 2850 m above sea level.

This area is part of the northern zone of the Andean Volcanic Belt. The belt was formed as a result of the Nazca and Antarctic tectonic plates moving under the South American plate – a geological process called ‘subduction’.

Near the bottom-left corner is the Cotopaxi stratovolcano. It is the second highest summit in the country at about 5900 m and one of Ecuador’s most active volcanoes, erupting more than 50 times since the early 1700s.

On the centre-right side of the image is the Antisana volcano.

What look like white glaciers at the peaks of these mountains are actually artefacts of the radar echo – the surfaces of the summits are more or less directly facing the satellite, so the radar signal reflects straight back to the antenna.

Colours represent changes in the land’s surface between the three radar scans that make up this composite image. Some of the changes are distinct, such as the patchwork showing changes in agricultural plots near the top left. From Antisana to the west, the area is generally colourful, indicating ground movement.

East of Antisana, however, the area is less colourful, and therefore more stable.