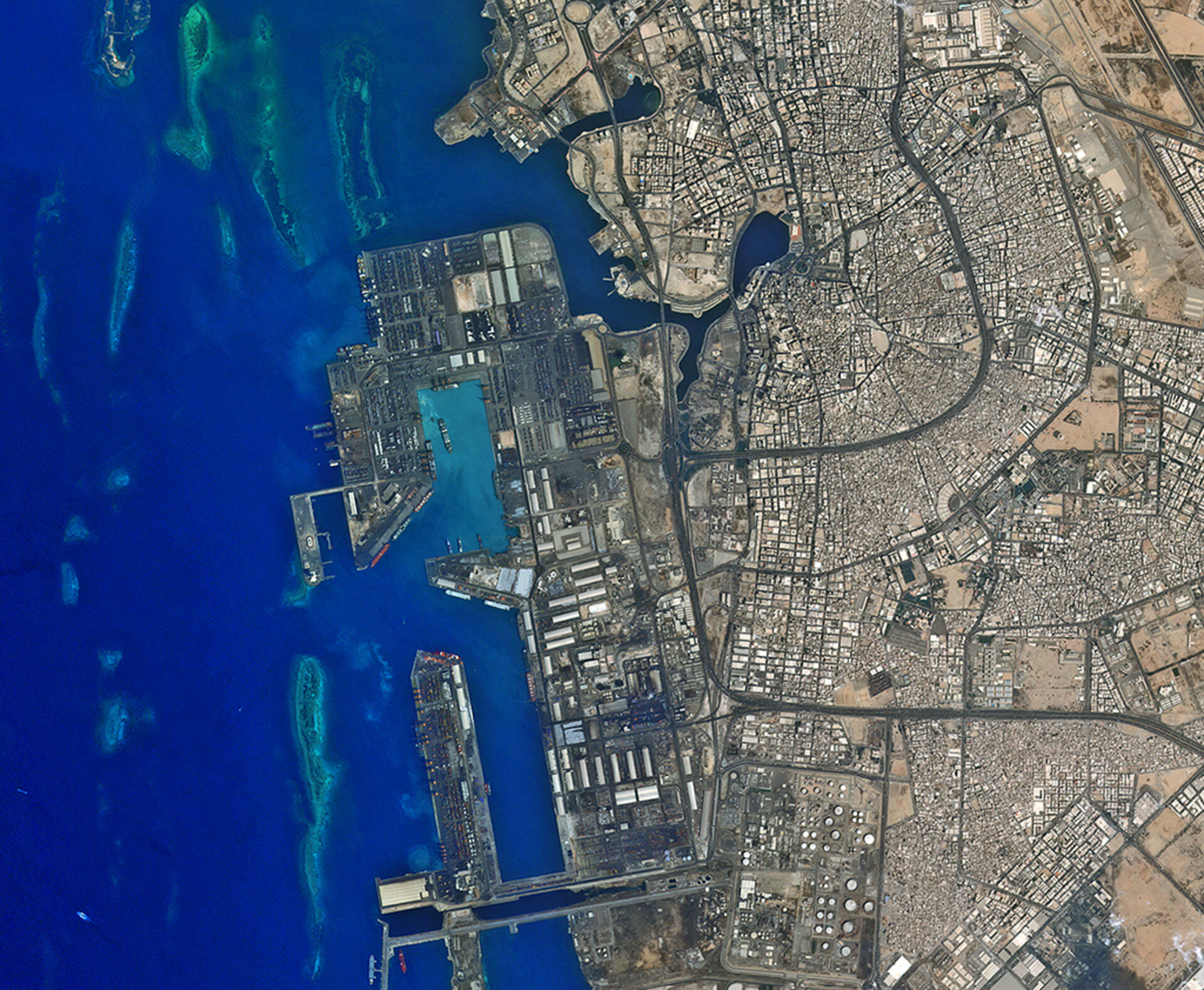 The city of Jeddah’s seaport on Saudi Arabia’s western coast is pictured in this image from the Kompsat-2 satellite.

The second largest city in the country, Jeddah has a population of over five million people. The city is a gateway to Islam’s holiest city of Mecca, which lies about 60 km to the east, as well to the holy city of Medina, about 320 km north.

It is also an important commercial hub, with its port located in the middle of an important shipping route between east and west. Zooming in, we can see some large container vessels in the port.

Near the bottom of the image, the large circles are the tanks of an oil refinery. The oil industry comprises about 45% of Saudi Arabia’s gross domestic product, and 90% of export earnings. Saudi Arabia is the world’s number-one oil exporter, and therefore plays a major role in the global energy industry. Its policies on the production and export of oil, natural gas and petroleum products have a major impact on the energy market, as well as the global economy.

The Red Sea’s coral reefs are visible off the coast. In fact, this is one of the few places along this coastline with a gap in the reef, enabling large vessels to approach the coast.

This image, also featured in the Earth from Space video programme, was acquired on 17 March 2013 by the Korea Aerospace Research Institute’s Kompsat-2 satellite.