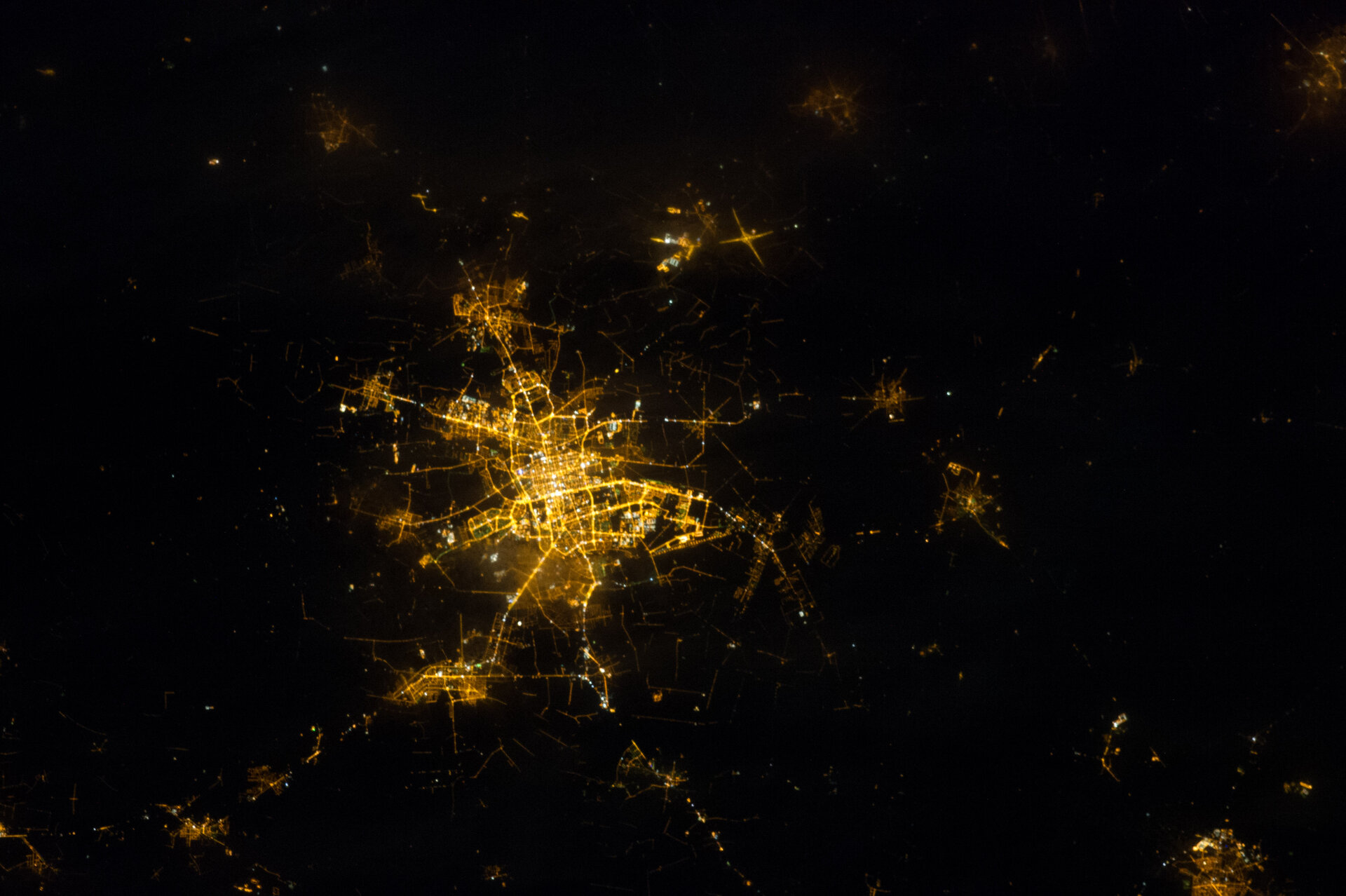 In the centre of Poland lies its third-largest city: Łódź. Seen from the International Space Station at night the city’s lights contrast with the blackness of the surrounding countryside.

Unlike many pictures of night-time Earth, the local airport is not the most striking visual marker. The Łódź Władysław Reymont Airport seems to be obscured by clouds causing the slight blurring seen to the bottom left of Łódź.

In this picture land-transport is responsible for the distinctive ‘X’ at the top right: a motorway junction near the town of Stryków. The lights to the left of the junction correspond to a transport hub for trucks.

Satellite towns of Pabianice (bottom-left) and Zgierz (top) also show up clearly in this picture.

This image was taken by an astronaut from 400 km above Earth in April 2012.