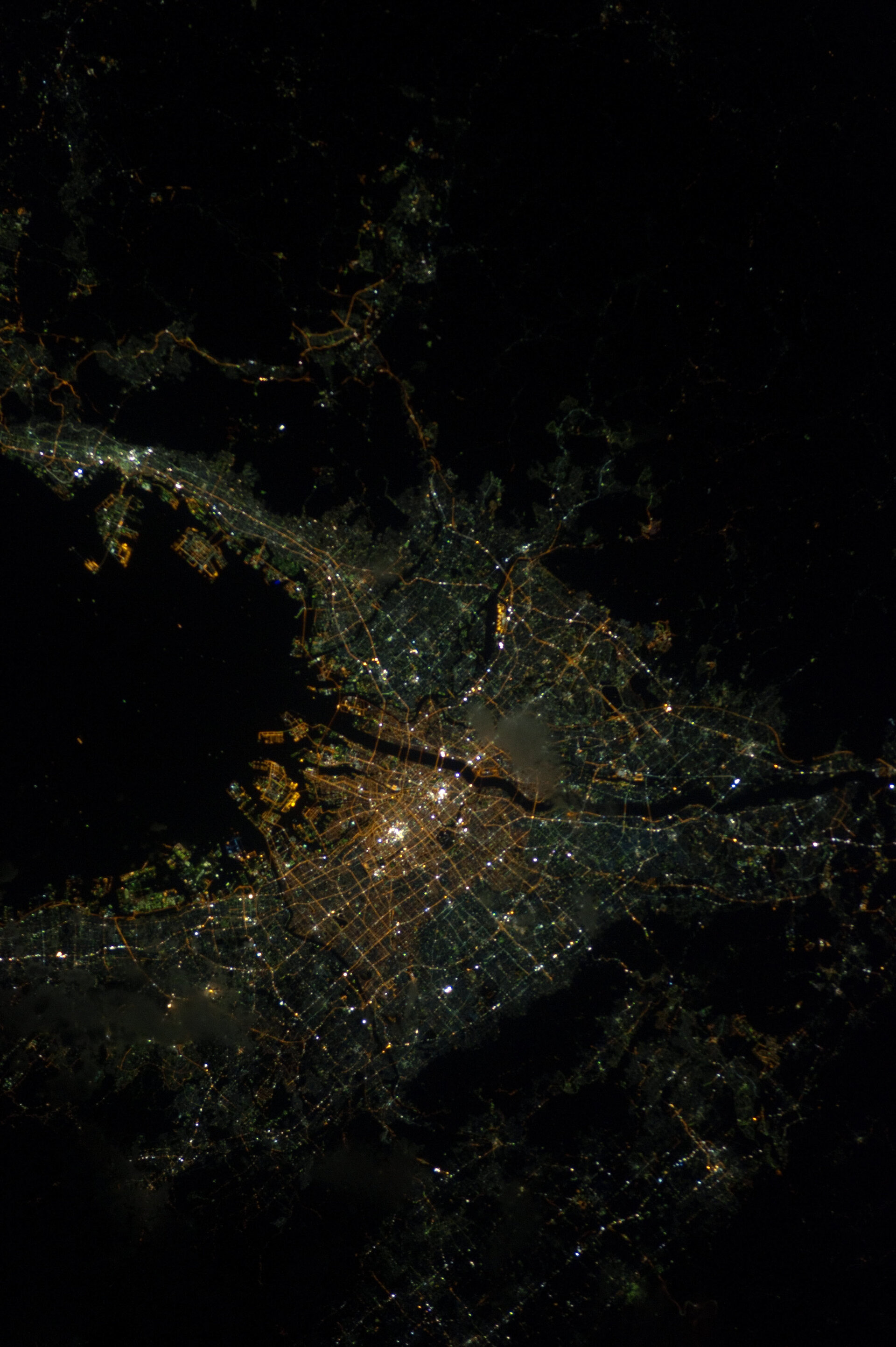 Osaka lies to the West of Tokyo and is Japan’s third-largest city. The city runs along the Yodo river and stretches along the coast of Osaka Bay.

Images of our planet at night taken from the International Space Station show that people have settled where the living is easy – along rivers and bays. Artificial lights from human habitation and industry highlight the advantages of settling next to rivers and seas where water provides food, waste disposal, transport and cooling for factories.

The white lights in the centre of this picture correspond to Osaka’s two city centres, Kita and Minami, where businesses, shopping streets and areas of entertainment are concentrated.

To the Northeast, across the river Yodo, lies Itami Airport, the yellow vertical lights to the right of a river running North-South. The airport shares the load of landing aircraft in the Osaka area with Kobe and Kansai airports that were both built on artificial islands in Osaka Bay. The yellow lights of Kobe airport can be seen at the top-left of Osaka Bay in this picture, Kansai airport is just outside the frame.

There is a noticeable difference in the yellower lighting around the centre of Osaka and the more outlying areas that emit a greener hue. Is this difference due to changes in technologies used as Osaka expanded? Can you explain the lighting difference in the comments?