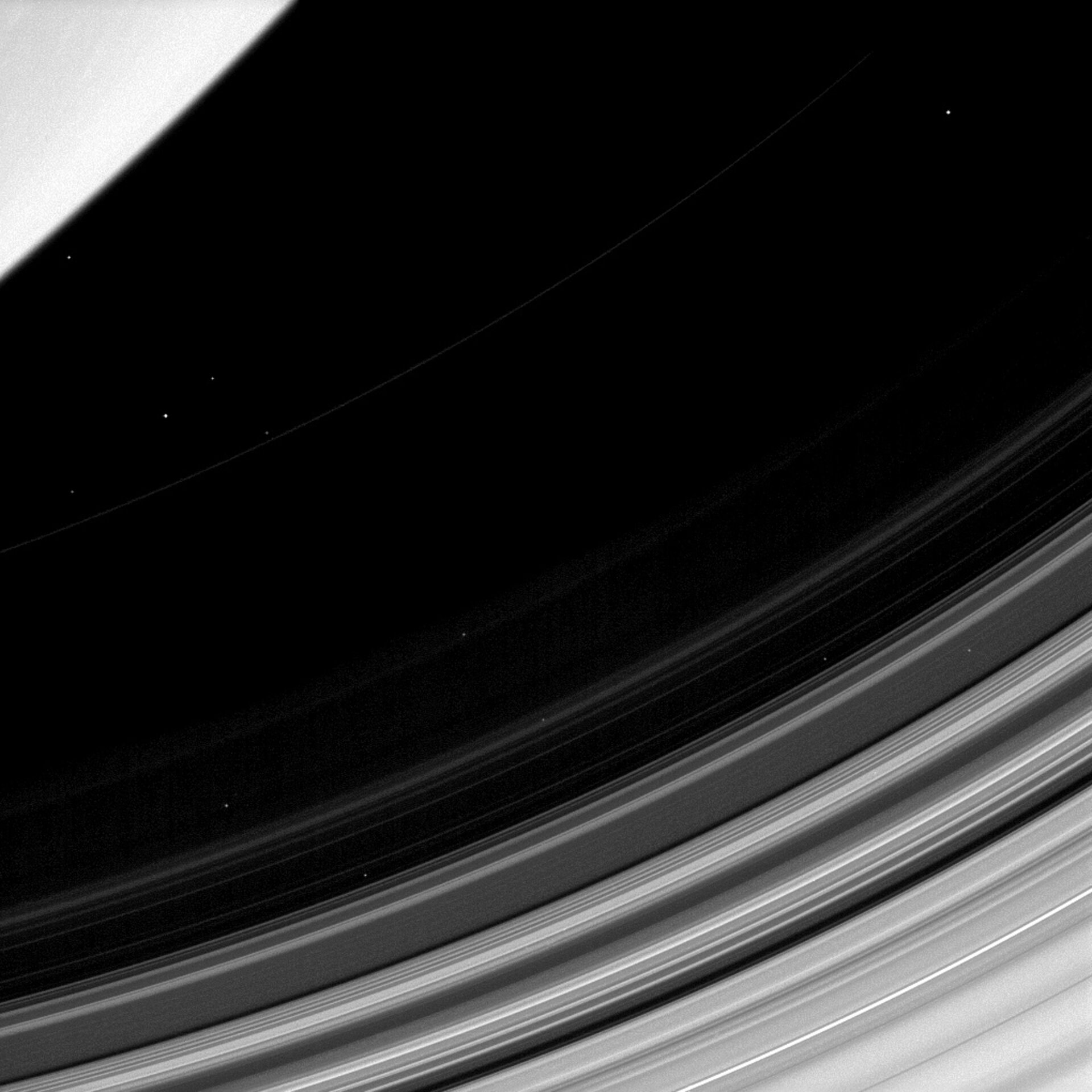 Saturn's D ring is easy to overlook since it's trapped between the brighter C ring and the planet itself. But this dusty ring has plenty to teach us. In this view, all that can be seen of the D ring is the faint and narrow arc as it stretches from top right of the image.

If all goes as planned, Cassini will pass between the D ring and Saturn in its final orbits in 2017. Scientists expect to gather unprecedented data from these orbits.

Twelve stars are also visible in this image.

This view looks toward the unilluminated side of the rings from about 41 degrees below the ringplane. The image was taken in visible light with the Cassini spacecraft narrow-angle camera on 21 October 2013.

The view was obtained at a distance of approximately 2.4 million kilometers from Saturn and at a Sun-Saturn-spacecraft, or phase, angle of 140 degrees. Image scale is 14 kilometers per pixel.

The Cassini–Huygens mission is a cooperative project of NASA, ESA and Italy’s ASI space agency. The Jet Propulsion Laboratory, a division of the California Institute of Technology in Pasadena, manages the mission for NASA’s Science Mission Directorate, Washington, DC.