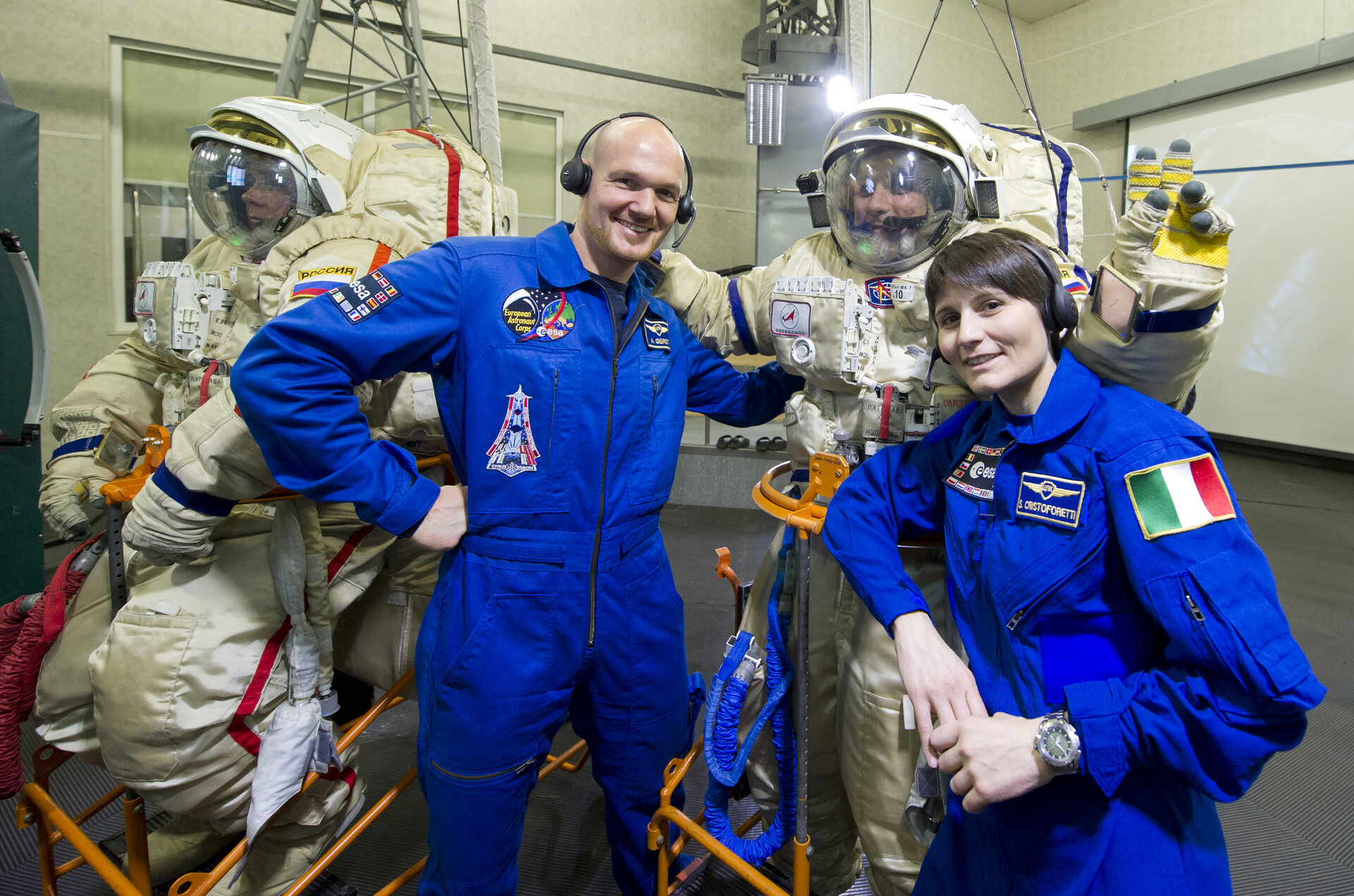 Spaceflight is all about teamwork. From the five space agencies that build and maintain the International Space Station to the mission control centres on Earth and the European, Japanese, American and Russian astronauts who fly to the space laboratory, international cooperation and knowhow is critical for a successful mission.

All four will leave Earth for the International Space Station this year. Alexander and Maxim are first up, on 28 May, while Samantha and Anton have their departure planned for 24 November. They will stay on the orbital outpost for around six months.

Alexander and Samantha are obvious choices to help the cosmonauts because they have both trained with the Orlan suit themselves. All Station astronauts must speak Russian and English.

Alexander’s Expedition 41 mission patch is visible below the European Astronaut Corps patch on his flight suit.

Read about the training on Samantha’s own blog on Google+.