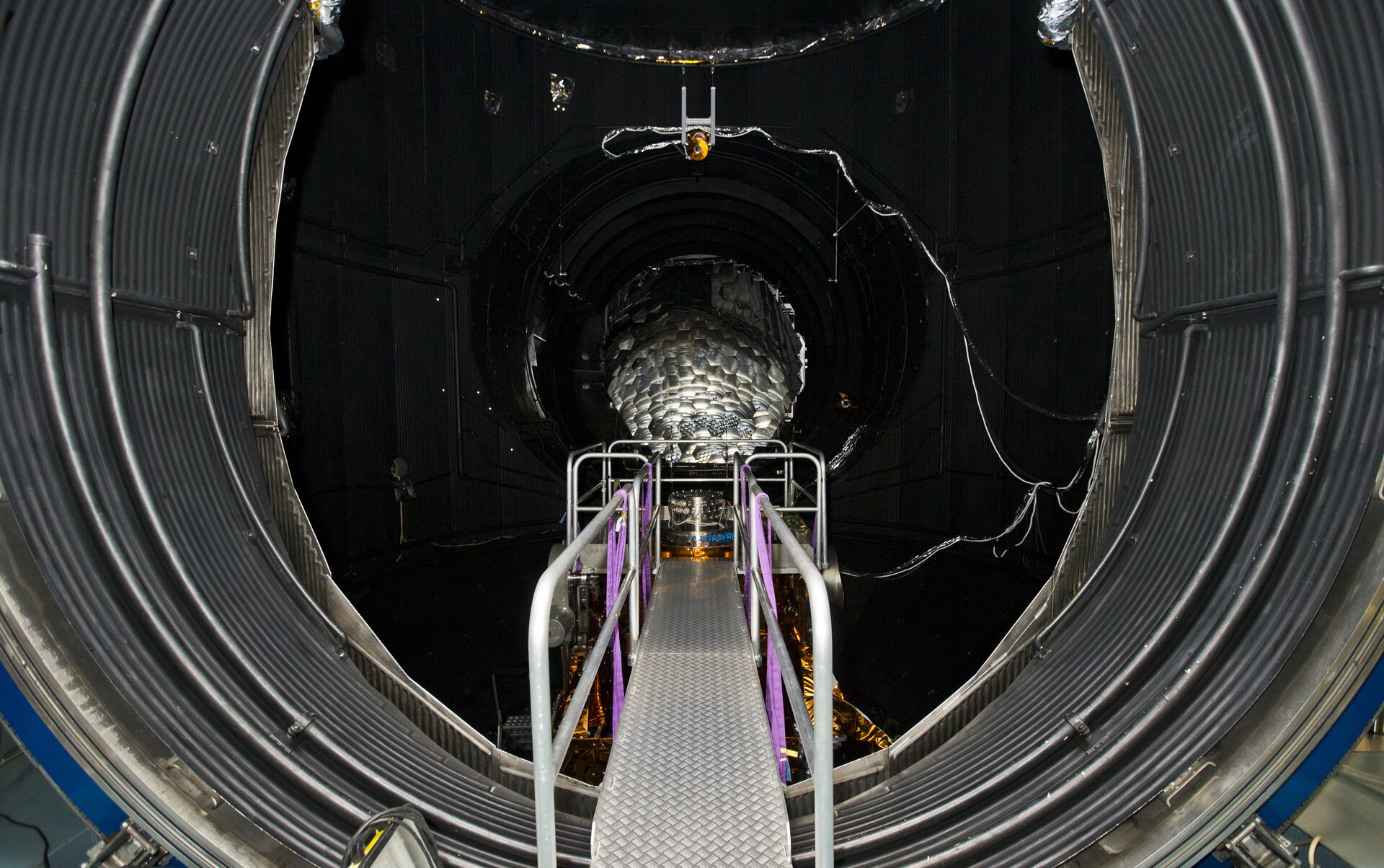 Entire satellites requiring testing in simulated space conditions are lowered down into the 15 m-high and 10 m-diameter chamber through a hatch on top.

Once the top and side hatches are sealed, the high-performance pumps can create a vacuum a billion times lower than standard sea level atmosphere, held for weeks at a time during test runs.

And it is more than just space vacuum that is simulated. The chamber’s black-hued interior walls are lined with tubes pumped full of –190°C liquid nitrogen to mimic the extreme cold of deep space.

Meanwhile, the hexagonal mirror array seen at the centre of the picture reflects simulated sunlight onto the satellite from a set of 25 kW bulbs more typically employed to project IMAX movies.

The alignment of the 121 mirror segments can be adjusted to tighten the focus of their reflected light beam, from the single ‘solar constant’ found in Earth orbit to upwards of 11 solar constants experienced in the vicinity of Mercury’s orbit. Later this year a prototype heatshield for ESA’s 2017 Solar Orbiter mission will be put through its paces in this manner.

Test satellites are attached to the turntable seen at the end of the walkway, to reproduce their orbital motion. The airlessness of space means a satellite can be both very hot and extremely cold at the same time, depending which part is in sunlight or shadow.

Embedded sensors and measurement devices check whether a mission’s thermal engineers have done their job well, and if the test satellite maintains an acceptable internal temperature range without buckling or other unwanted temperature-driven effects.

The Simulator is part of ESA’s Test Centre in the Netherlands, the largest facility of its kind in Europe, providing a complete suite of equipment for all aspects of satellite testing under a single roof.