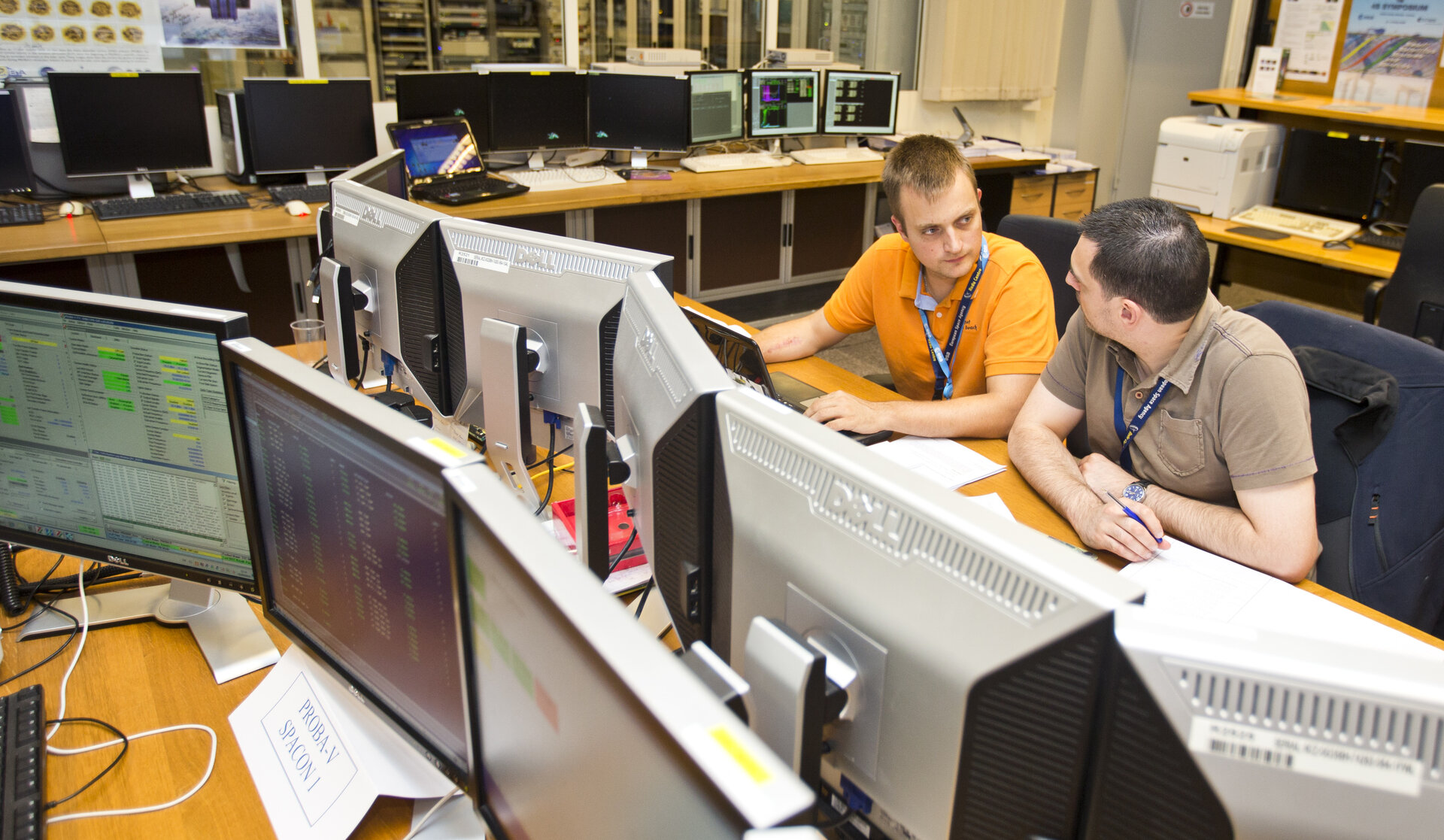 While the majority of ESA missions are overseen from its major facility in Darmstadt, Germany, the three Proba satellites to date are all controlled from the same Mission Operation Centre at ESA’s Redu site amid Belgium’s Ardennes Forest.

Each Proba minisatellite is smaller than a cubic metre, but they are tasked with full-scale missions. Proba-1, launched back in 2001, is still going strong, acquiring hyperspectral multispectral Earth images. Proba-2, launched in 2009, keeps watch on the Sun and space weather. And the Vegetation instrument aboard Proba-V, launched last year, tracks all of Earth’s vegetation every two days.

Proba stands for ‘Project for Onboard Autonomy’. As the name suggests, the satellite platforms have been designed to operate on a largely autonomous basis, overseen by a small team working standard office hours.

The minisatellites rely on startrackers to work out their attitude, and GPS receivers to pinpoint their orbital position, with fine-pointing performed by reaction wheels and magnetotorquers – magnets that interact with Earth’s magnetic field – to home in on targets set by their controllers.

On 31 March the Royal Observatory of Belgium will host a workshop for all the Proba satellite teams, including scientific investigators. ESA’s future Proba-3 precision formation-flying mission and Belgium’s proposed Proba-based Altius limb-sounder will also be discussed. For more information click here.