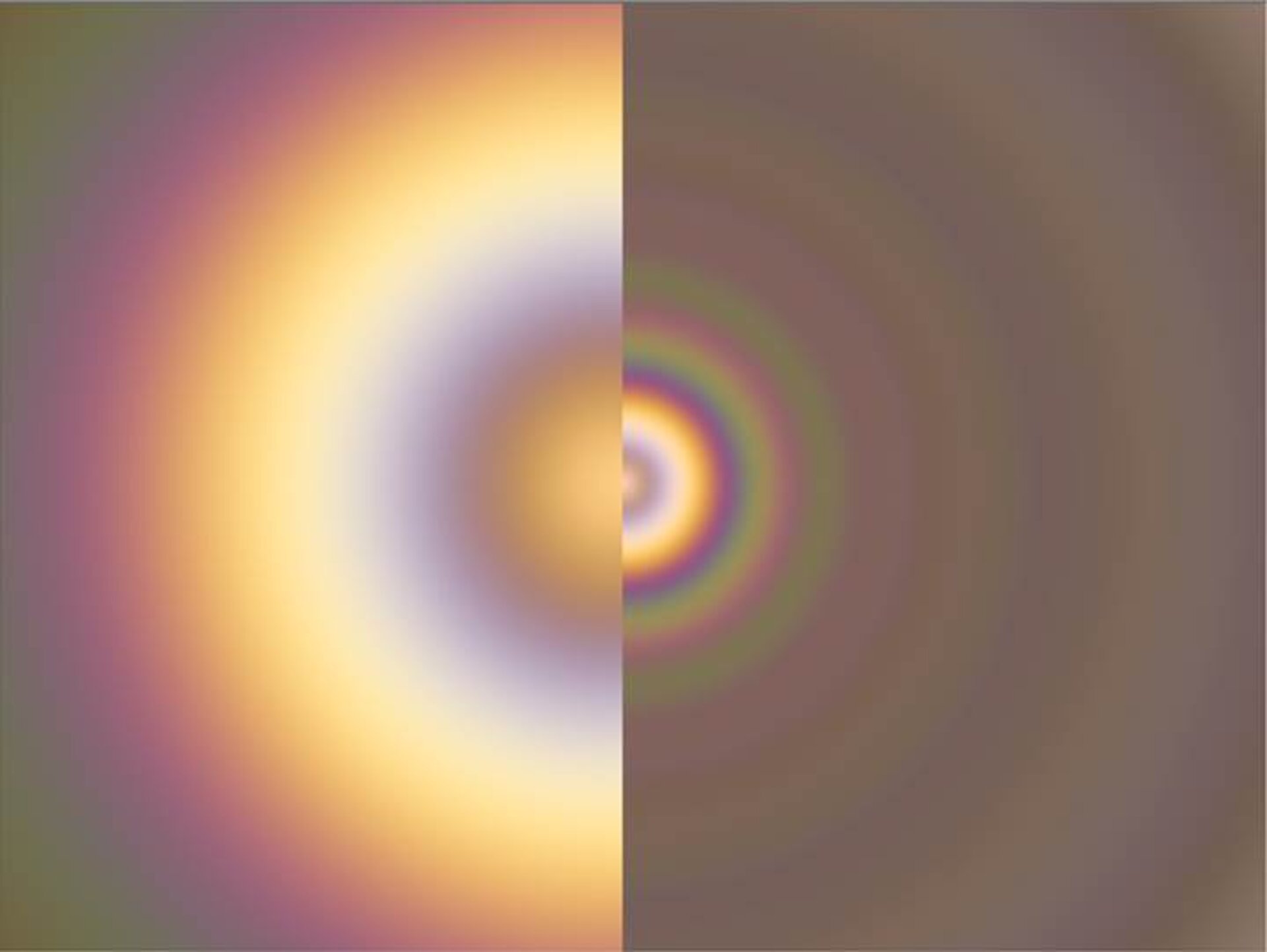 Simulated views of glory on Venus and Earth

Simulated views of the glory phenomena on Venus (left) and Earth (right), without considering any effects of haze or background cloud brightness. Glories occur when sunlight shines on cloud droplets – water particles in the case of Earth, sulphuric acid particles for Venus. The main difference between the appearance of the glory on Venus and on Earth is not because of composition, but rather the particle size. Cloud droplets on Earth are typically between 10 and 40 thousandths of a millimetre in diameter, but on Venus the droplets found at the cloud tops are much smaller, typically no more than 2 thousandths of a millimetre across. Because of this, the coloured fringes are further apart than they would appear on Earth.