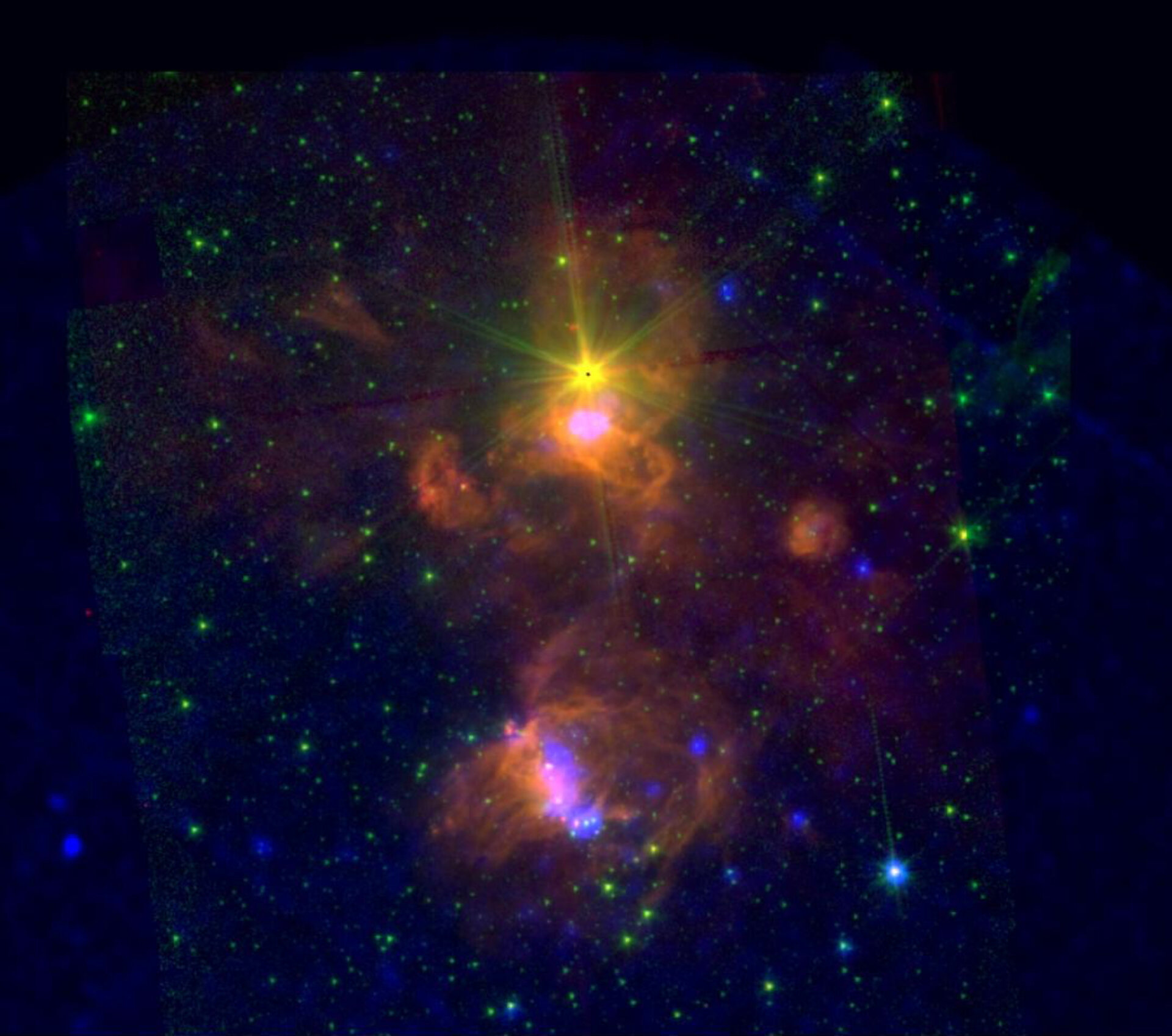 Massive stars are born in tumultuous clouds of gas and dust. They lead a brief but intense life, blowing powerful winds of particles and radiation that strike their surroundings, before their explosive demise as supernovas.

The interplay between massive stars and their environment is revealed in this image of the star-forming region ON2. It combines X-ray coverage from ESA’s XMM-Newton X-ray observatory with an infrared view from NASA’s Spitzer Space Telescope.

This stellar cradle is associated with the open cluster of stars named Berkeley 87, some 4000 light-years from Earth. The cluster is home to over 2000 stars, most of which are low-mass stars like our Sun or smaller, but some – a few dozen – are stellar monsters weighing 10–80 times more.

Two glowing clouds of gas and dust – the raw material from which stars form – dominate the centre of the image and are shown in red. Scattered across the image are a multitude of protostars – seeds of future stellar generations; these are shown in green. The bright yellow star in the upper part of the image is BC Cygni, a massive star that has puffed up enormously and will eventually explode as a supernova.

Shown in blue is XMM-Newton’s X-ray view of ON2: it reveals individual sources – young, massive stars as well as protostars – and more diffuse regions of X-rays. Two ‘bubbles’ of X-rays can be seen in the upper and lower clouds, respectively, pink against the red background. These two bubbles conceal the cumulative emissions from many protostars, but also light radiated by very energetic particles – a signature of shockwaves triggered by massive stars and their winds.

The image combines observations performed in the X-ray energy range of 0.25–12 keV (blue) and at infrared wavelengths of 3.6 microns (green) and 8 microns (red). It spans about 15 arcminutes on each side; north is up and east is to the left.

This image was first published in the paper “Hard X-Ray Emission in the Star-Forming Region ON 2: Discovery with XMM-Newton” by Oskinova et al. in April 2010.