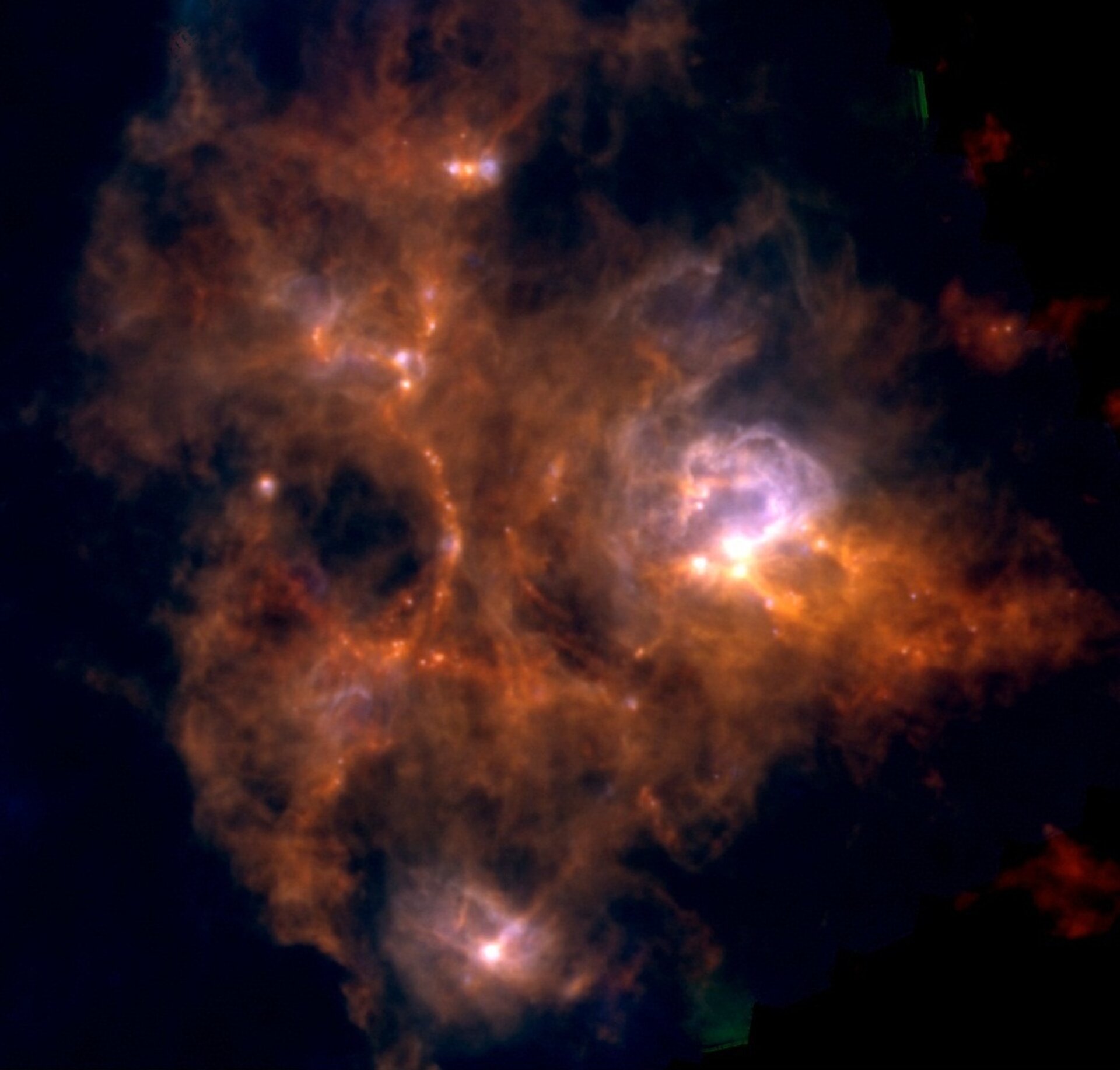 The billowing clouds portrayed in this image from ESA’s Herschel observatory are part of NGC 7538, a stellar nursery for massive stars. Located around 9000 light-years away, this is one of the few regions of massive-star formation that are relatively close to us, allowing astronomers to investigate this process in great detail.

Star factories like NGC 7538 consist mainly of hydrogen gas, but they also contain small amounts of cosmic dust. It was through this minor – but crucial – component that Herschel could image these star-forming regions, because dust shines brightly at the far-infrared wavelengths that were probed by the observatory.

With a total mass of almost 400 000 Suns, NGC 7538 is an active factory where stars come to life – especially huge ones that are over eight times more massive than the Sun. Hundreds of seeds of future stellar generations nestle in the mixture of surrounding gas and dust scattered across the image. Once they reach a critical mass, they will ignite as stars. Thirteen of these proto-stars have masses greater than 40 Suns, and are also extremely cold, less than –250ºC.

One group of stellar seeds seem to trace a ring-like structure, visible in the left part of the image. The ring may be the edge of a bubble carved by previous stellar explosions – as stars reach the end of their lives and explode as dramatic supernovas – but astronomers are still investigating the origin of this peculiar arrangement.

The image is a composite of the wavelengths of 70 microns (blue), 160 microns (green) and 250 microns (red) and spans about 50 x 50 arc minutes. North is up and east is to the left. It was first published in the paper Herschel Reveals Massive Cold Clumps in NGC 7538 by Fallscheer et al. 2013.