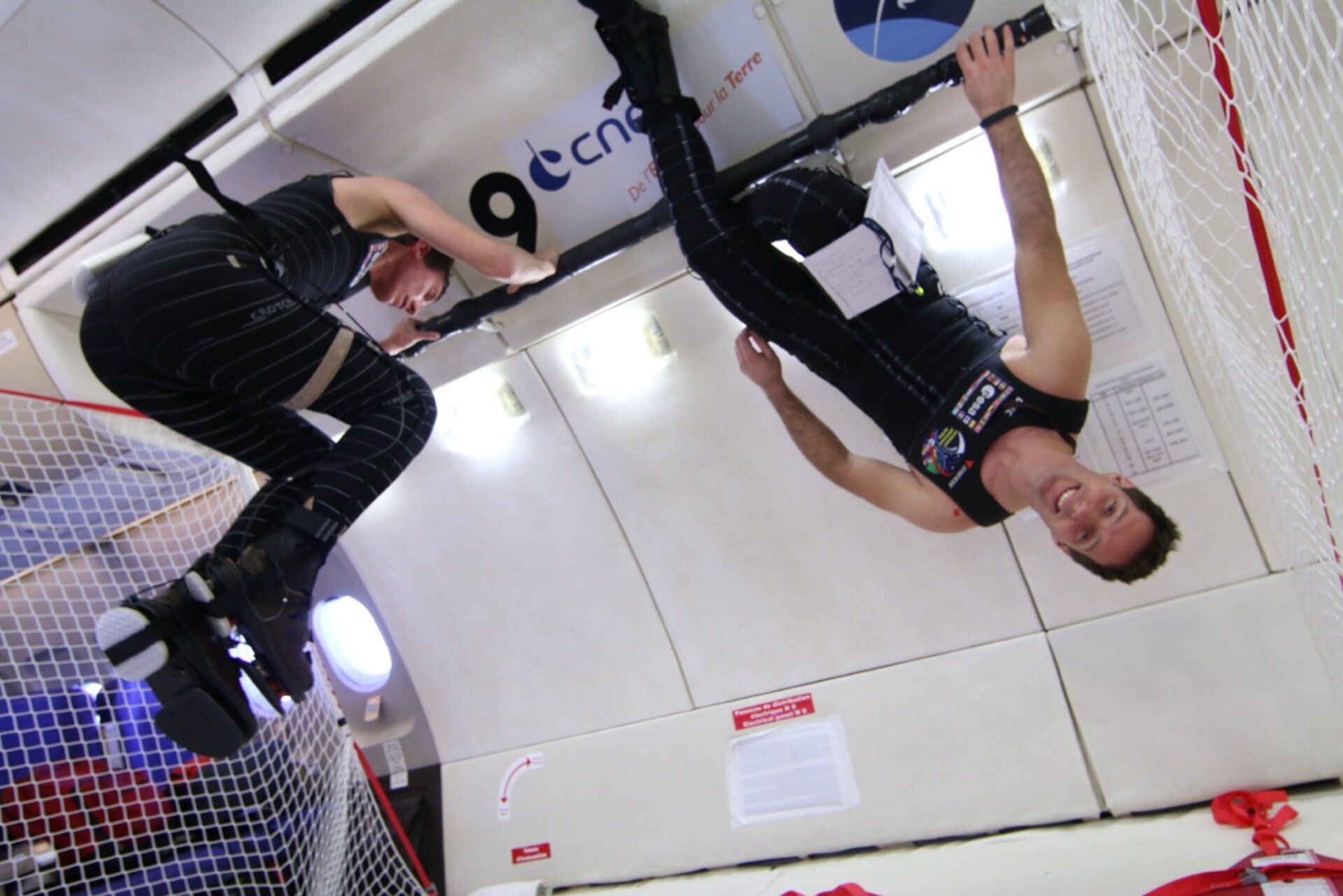 Astronauts have been known to grow by up to 7 cm as their spines lengthen in weightlessness. As a result, many suffer from backache during their missions. ESA is supporting the development of a suit designed to combat the lack of gravity effects by squeezing the body from the shoulders to the feet with a similar force to that felt on Earth.

Each Skinsuit is tailor-made for its wearer with a bidirectional weave. The suits need to fit tightly but comfortable, while creating the right amount of force in the right places.

ESA astronaut Thomas Pesquet tested his Skinsuit on a parabolic flight in March 2014. Tilted at 45°, an Airbus offers up to 20 seconds of weightlessness at each apex of its rollercoaster ride.

ESA astronaut Andreas Mogensen was the first astronaut to evaluate the Skinsuit in space when he left for the International Space Station in 2016.

ESA’s Space Medicine Office has been working with the universities of Kings College and University College in London, England, and the Massachusetts Institute of Technology, USA, to test the suit prototypes.