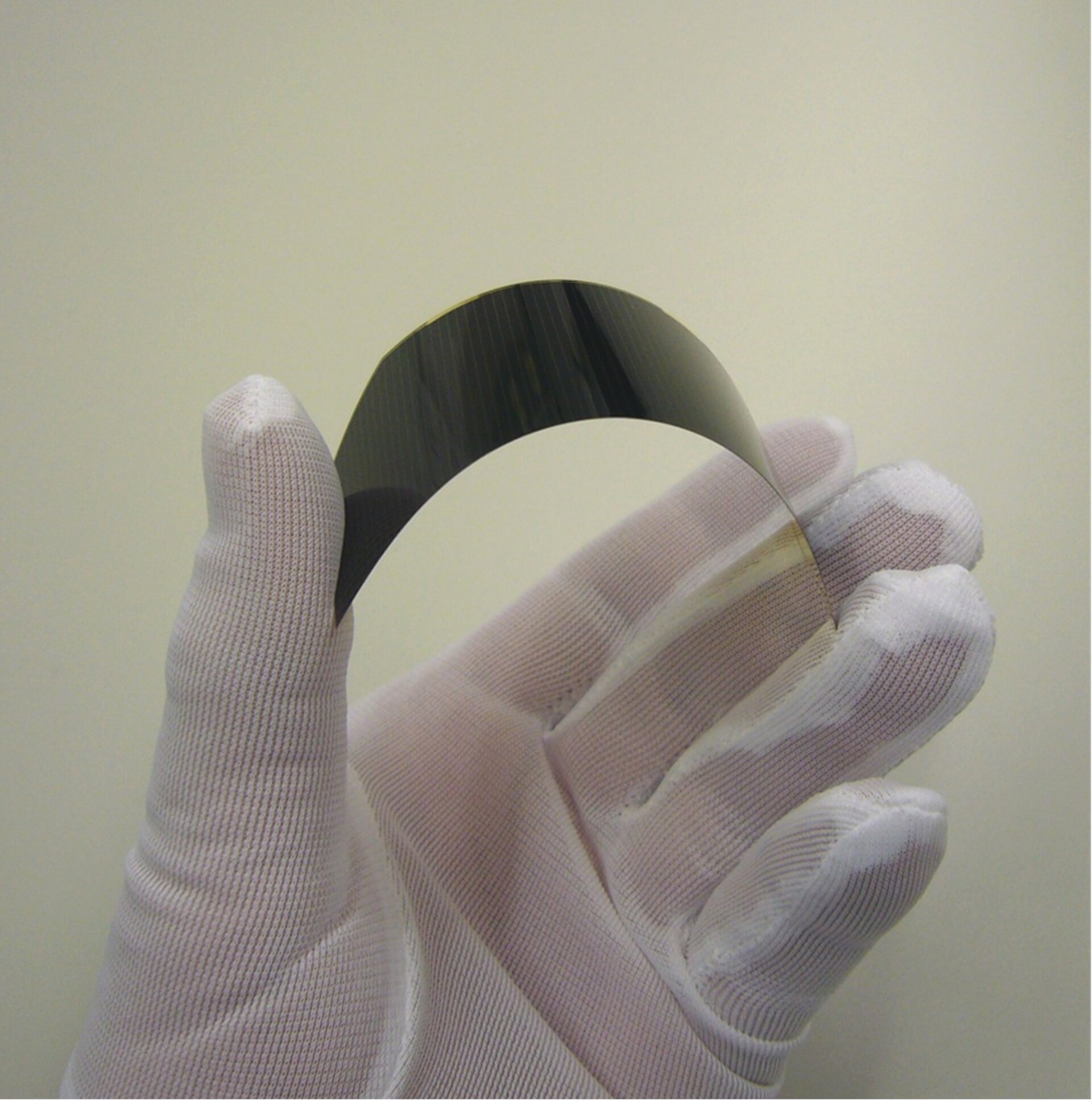 Turning light into power, solar arrays are a must-have for the vast majority of satellites.

With solar arrays sized according to the power needs of the mission, there might be thousands of individual solar cells crammed onto a typical satellite.

The design seen here is a thin version of the European 3G30 triple-junction gallium arsenide solar cell. Produced by Azur Space Solar Power, it is one of the most efficient in the world.

It was more than 60 years ago that the first practical solar (or ‘photovoltaic’ cell) was demonstrated at Bell Labs in New Jersey, USA. This new invention’s very first practical use was in powering early satellites, and solar cells remain pivotal to the space industry to this day.

But photovoltaic electricity generation is also on the way to becoming a major terrestrial energy source, projected to supply close to 3% of global electricity demand by 2020.

This bright future was the focus of the European Photovoltaic Solar Energy Conference and Exhibition in Amsterdam, the Netherlands, in September 2004.

Thousands of experts discussed the progress of photovoltaic technology across – as well as off – the planet.

Historically, the space industry has helped to drive advances in photovoltaics. For instance, the gallium arsenide cells powering today’s satellites are more than twice as efficient as those installed on domestic rooftops.

With such successes in mind, ESA has begun an initiative devoted to the synergies between space and energy technology called Space for Energy, with solar energy a major element.