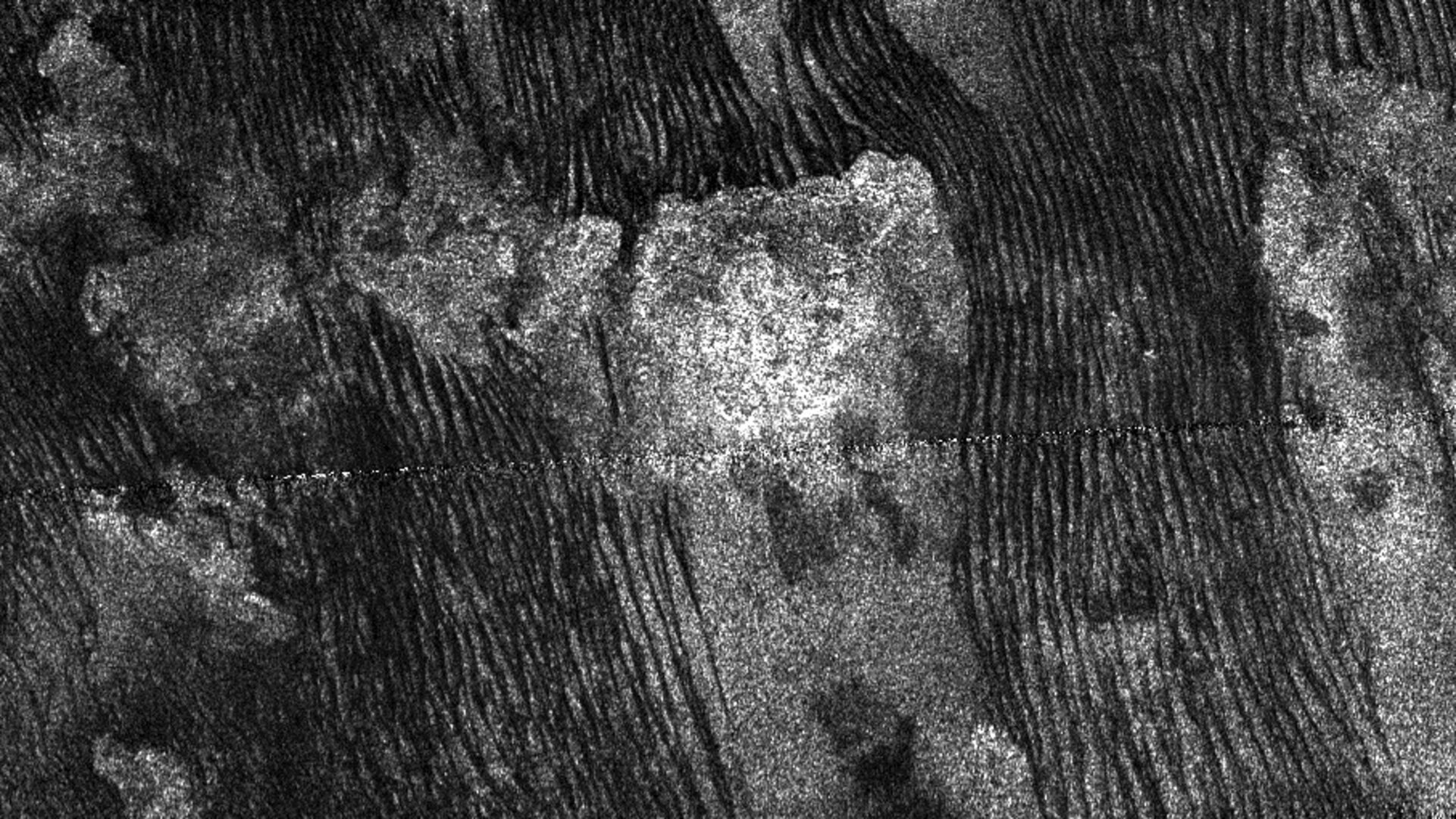 The moons of our Solar System are brimming with unusual landscapes. However, sometimes they look a little more familiar, as in this new radar image from the Cassini orbiter. The image shows dark streaks carved into dunes reminiscent of those we might find on a beach on Earth, or raked with flowing lines in a Japanese Zen garden — but this scene is actually taking place on Saturn’s moon Titan.

While our sand is composed of silicates, the ‘sand’ of these alien dunes is formed from grains of organic materials about the same size as particles of our beach sand. The small size and smoothness of these grains means that the flowing lines carved into the dunes show up as dark to the human eye.

These grains are shunted around by winds shifting over the moon’s surface. These winds aren’t particularly fast — only moving at around 1 m/s — but they blow in opposing directions throughout the year, causing Titan’s ‘sand’ to pile up in certain places over time.

Titan seems to be full of features and phenomena that are quite familiar to those found on Earth. Since Cassini arrived in the Saturn system in 2004, and dropped off ESA’s Huygens probe in 2005, scientists have been studying the similarities between Titan and Earth by exploring sand dunes, channels and lakes of liquid ethane and methane scattered across its surface.

While previous images have spotted these eerily familiar patterns on Titan’s dunes, this new image shows them in greater detail. The image was obtained by Cassini’s Titan radar mapper on 10 July 2013, by a team led by Steve Wall at NASA’s Jet Propulsion Laboratory in California, USA. The horizontal seam near the centre is an artifact of radar image data processing.