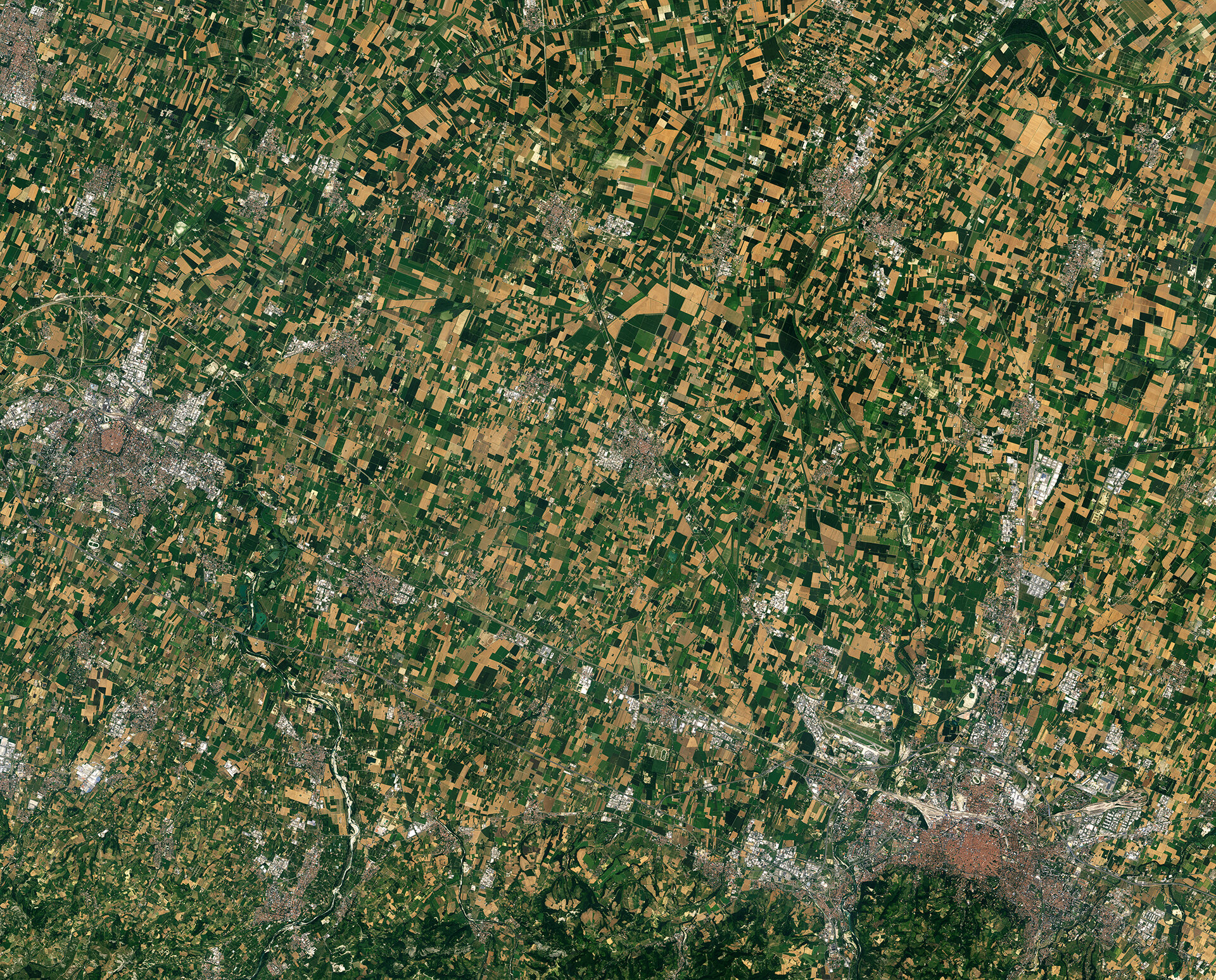 Hundreds of fields speckle the northern Italian landscape south of the Po River in this satellite image.

Agriculture is one of the main economic uses of the Po Basin because of the fertile soils, and this image clearly shows a landscape dominated by fields.

Throughout Italy’s history, agricultural landowners would often divide their properties among their male heirs. Generation after generation, land would be further fragmented, resulting in the millions of small plots found across the country today.

Optical satellite imagery like this can be used to monitor agriculture and changing landscapes. Satellites can provide the information necessary to make informed decisions on agricultural management, including yield prediction, irrigation, planting, pricing and regional need for food assistance if a harvest is likely to fail.

At the very bottom of the image, foothills of the Apennine mountains appear dark green.

The city of Bologna is visible in the lower-right corner, and Modena can be seen on the left. Two roads cutting across the flat Po Valley provide a nearly straight route between the cities.

The city of Cento – which means ‘hundred’ in Italian – is located in the upper-right section of the image on the Reno river.

This image, captured by Japan’s ALOS satellite on 4 July 2010, was selected to mark the 100th regular edition of the Earth from Space video programme, which we launched in November 2011.