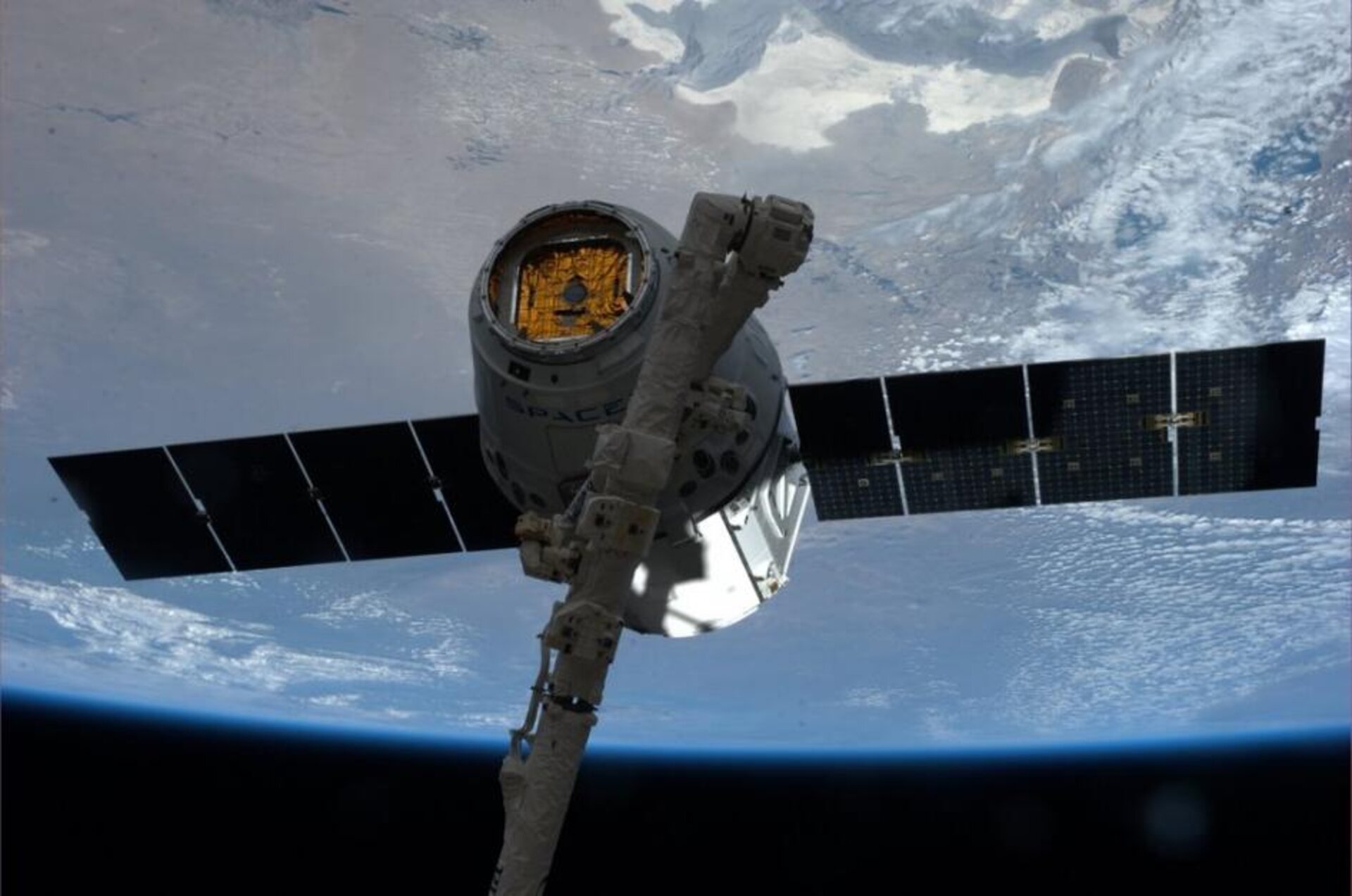 Dragon CRS-3 space ferry as it is captured by the International Space Station’s robotic arm. The spacecraft was launched from Cape Canaveral, USA, on 18 April 2014. It arrived at the Station two days later with over two tonnes of equipment, supplies and scientific experiments.

Stowed in Dragon’s cargo are lentil seeds that will be nurtured into life on the International Space Station as part of the Gravi-2 experiment investigating how sensitive plants are to gravity.