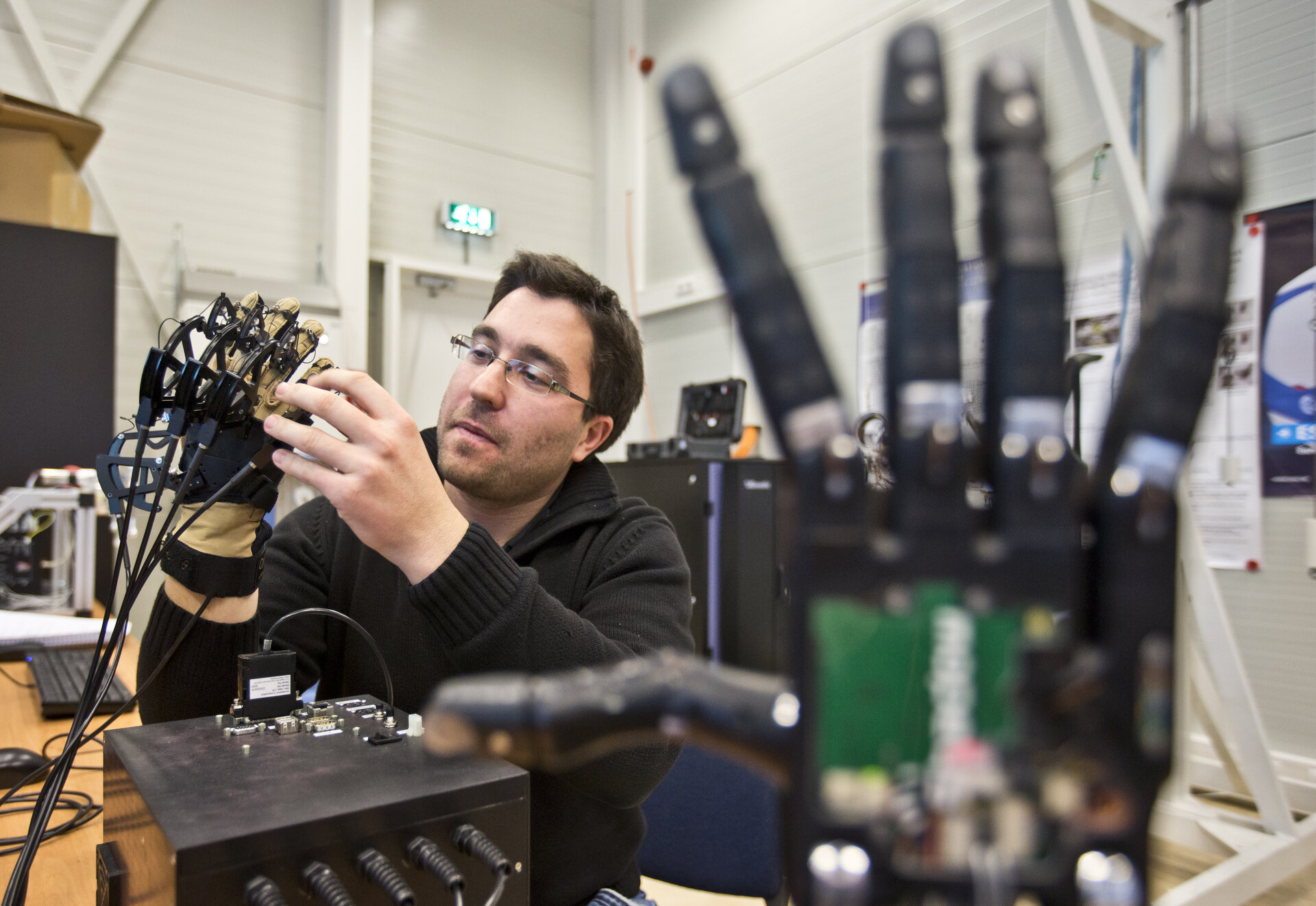 As engineer Manuel Aiple moves his gauntleted hand, the robotic hand a few metres away in ESA’s telerobotics laboratory follows in sync.

In future, the hope is that human controllers can manipulate orbiting robots or planetary rovers in a similar fashion, across hundreds or thousands of kilometres of space.

Based at ESA’s ESTEC technical centre in Noordwijk, the Netherlands, the lab aims for robot operators to feel as though they are right there – up in orbit or down on a planet.

Stereo cameras offer 3D vision and the operator feels force-feedback, as found in high-end video game joysticks, to gain a working sense of touch as the robot manipulates objects.

This summer, ESA’s latest ATV space freighter will deliver the Lab’s Haptics-1 experiment to the International Space Station, testing how feedback operates in microgravity, as a prelude to demonstrating orbit-to-ground telerobotic control.