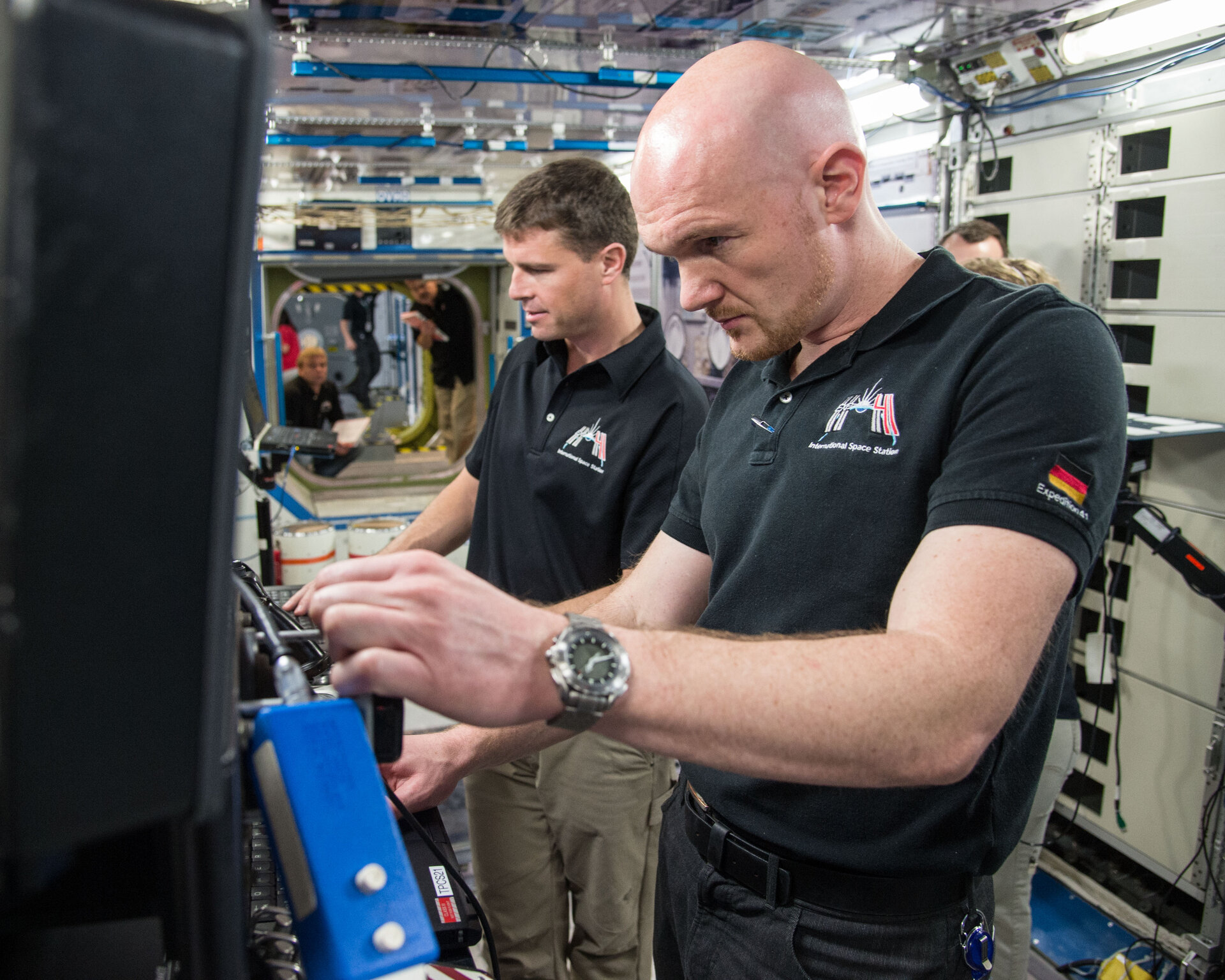 Expedition 40/41 Flight Engineers Alexander Gerst (foreground) of the European Space Agency and astronaut Reid Wiseman of NASA are pictured in a training mock-up of the U.S. lab Destiny on the International Space Station during a training session on how to handle emergency situations in a three-person crew scenario, on 12 March 2014.