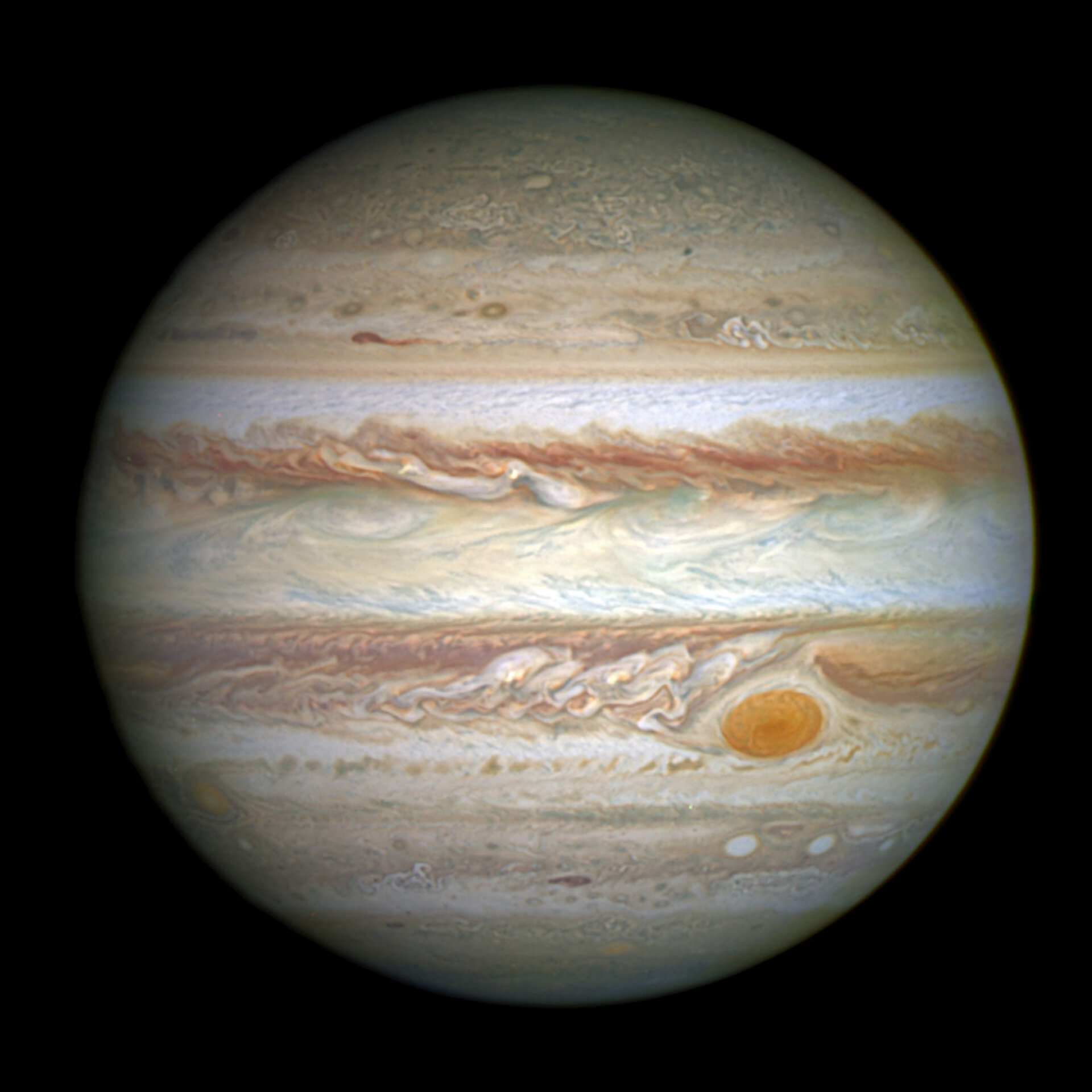 Jupiter's Great Red Spot is a churning anticyclonic storm [1]. It shows up in images of the giant planet as a conspicuous deep red eye embedded in swirling layers of pale yellow, orange and white. Winds inside this Jovian storm rage at immense speeds, reaching several hundreds of kilometres per hour.

Historic observations as far back as the late 1800s [2] gauged this turbulent spot to span about 41 000 kilometres at its widest point – wide enough to fit three Earths comfortably side by side. In 1979 and 1980 the NASA Voyager fly-bys measured the spot at a shrunken 23 335 kilometres across. Now, Hubble has spied this feature to be smaller than ever before.

This full-disc image of Jupiter was taken on 21 April 2014 with Hubble's Wide Field Camera 3 (WFC3).