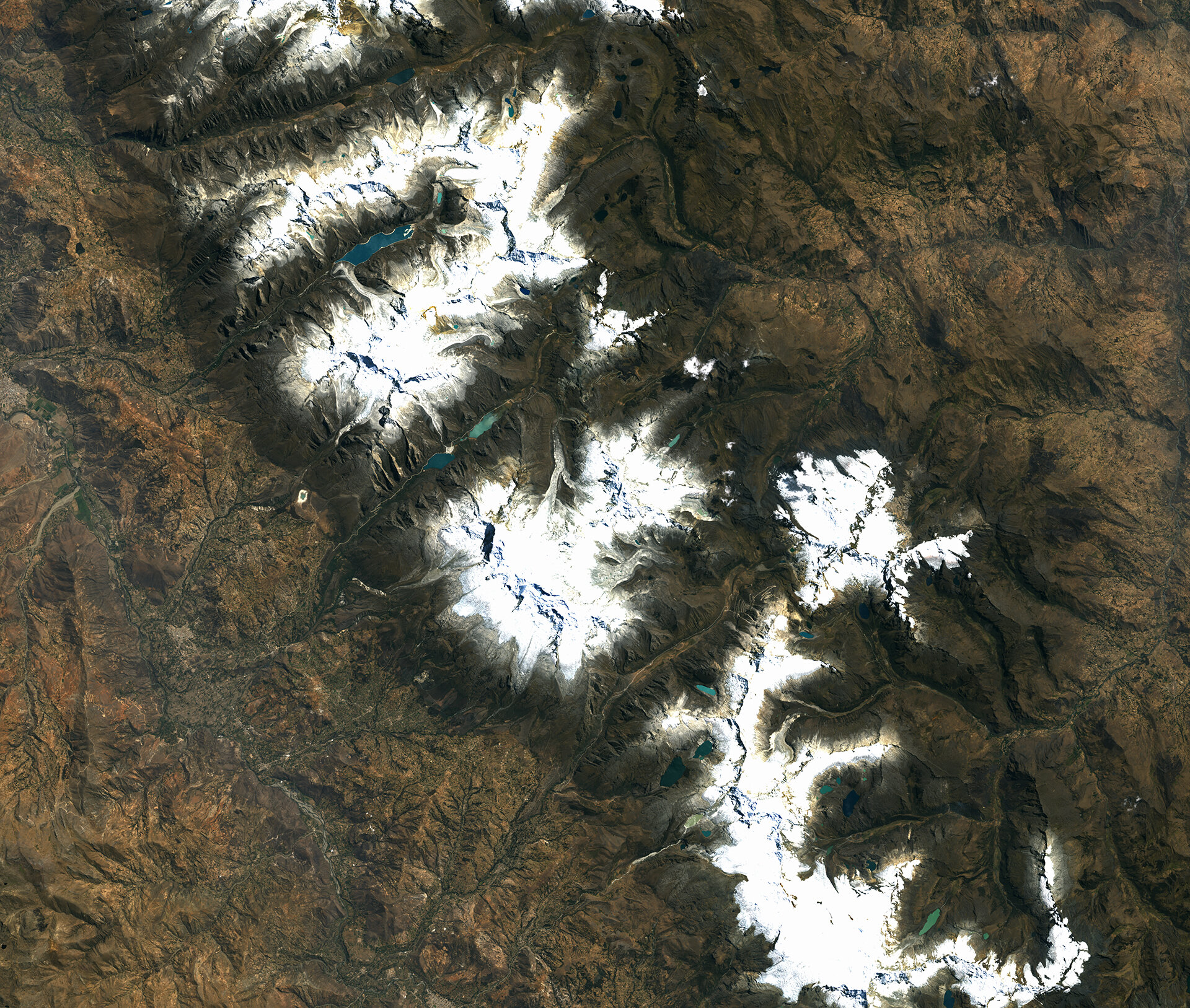 The snow-capped mountains running through the centre of this satellite image are part of the Cordillera Blanca – or ‘white range’ – in South America’s Andes. Even though they are part of the typically warm Tropics – the region of Earth surrounding the equator – the mountain range is high enough to be permanently covered in snow and ice.

There are hundreds of glaciers in this range, providing a major source of water for irrigation and hydroelectric power. The glaciers and snow-covered areas ‘collect’ rain and snow during the rainy season and slowly release it during the drier times of the year. Over the last decades, the glaciers have experienced major losses owing to climate change, causing a major threat to water supply during the dry season in the future.

Located near the centre of this image, Mount Huascarán is the highest peak in Peru at 6768 m. The summit is one of the farthest points from Earth’s centre, meaning it experiences the lowest gravity on the planet.

North of Huascarán, we can see an outlet glacier that meets another outlet from the Chopicalqui mountain to the east. Numerous blue glacial lakes are visible in the valleys between the mountains.

The Huascarán National Park protects this mountainous area, and has been on the UNESCO world heritage list since 1985. The spectacled bear, puma, mountain cat, white-tailed deer and vicuna are important indigenous species, but have all been heavily hunted in the past.

This image, acquired by Japan’s ALOS satellite on 24 August 2010, is featured on the Earth from Space video programme.