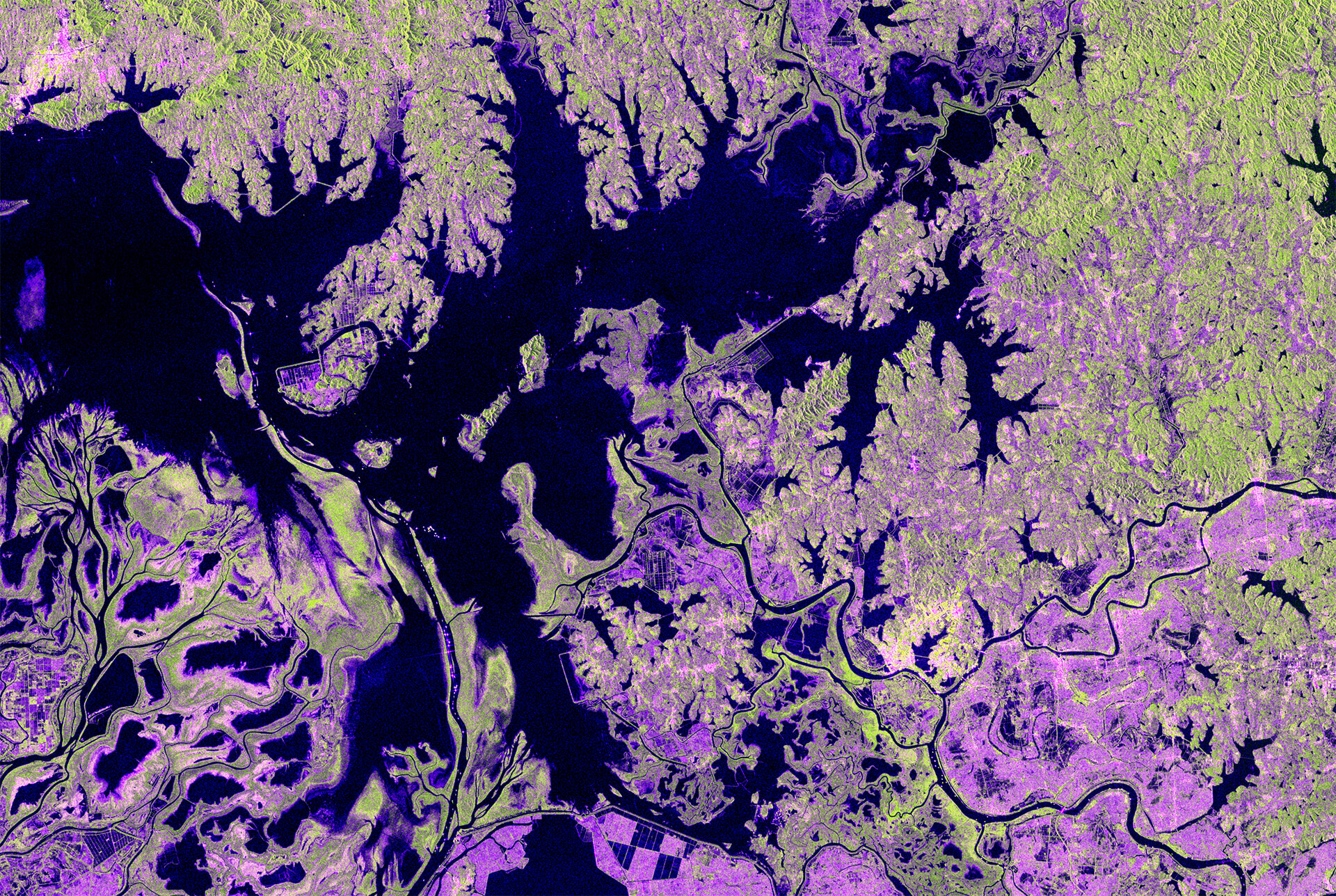 Image of China’s Poyang lake from the synthetic aperture radar (SAR) on the Sentinel-1A satellite, acquired on 12 May 2014 in dual polarisation. The radar gathers information in either horizontal or vertical polarisations, shown here as a composite (HH in red, HV in green and HH-HV in blue).

Poyang is just one of the many project areas of the collaborative Chinese-European Dragon Programme, which marked its ten-year anniversary this week. Read more.