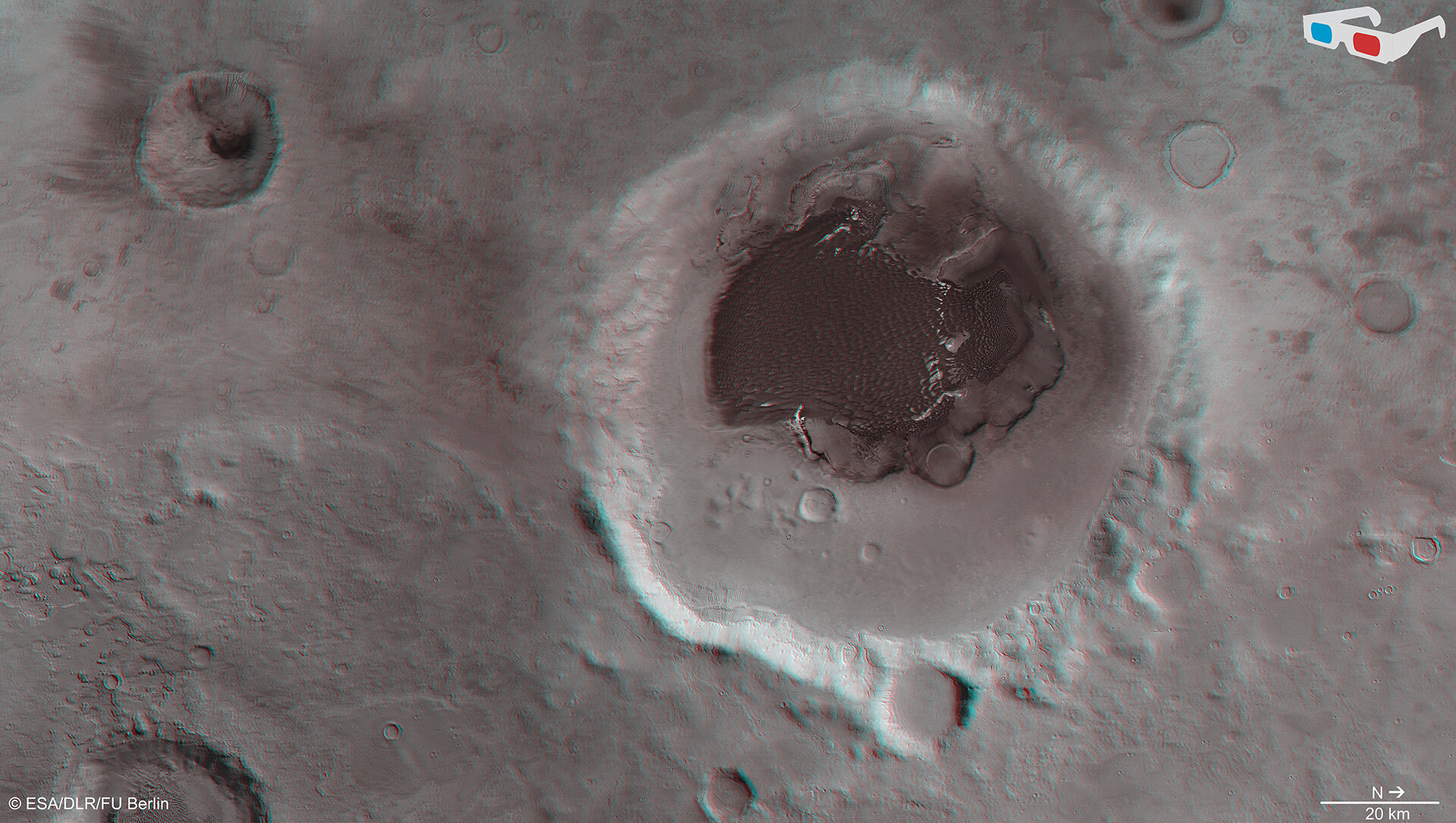 Data from the nadir channel and one stereo channel of the High Resolution Stereo Camera on Mars Express have been combined to produce this anaglyph 3D image, which can be viewed using stereoscopic glasses with red–green or red–blue filters.

The image focuses on Rabe crater and its intricate dune field, material that has been shaped by prevailing winds. The image was created using data acquired with the High Resolution Stereo Camera on Mars Express on 7 December 2005 (orbit 2441) and 9 January 2014 (orbit 12736).  The scene is located at 35°E/44°S, about 320 km west of the giant Hellas impact basin in the southern highlands of Mars. The image resolution is about 15 m per pixel.