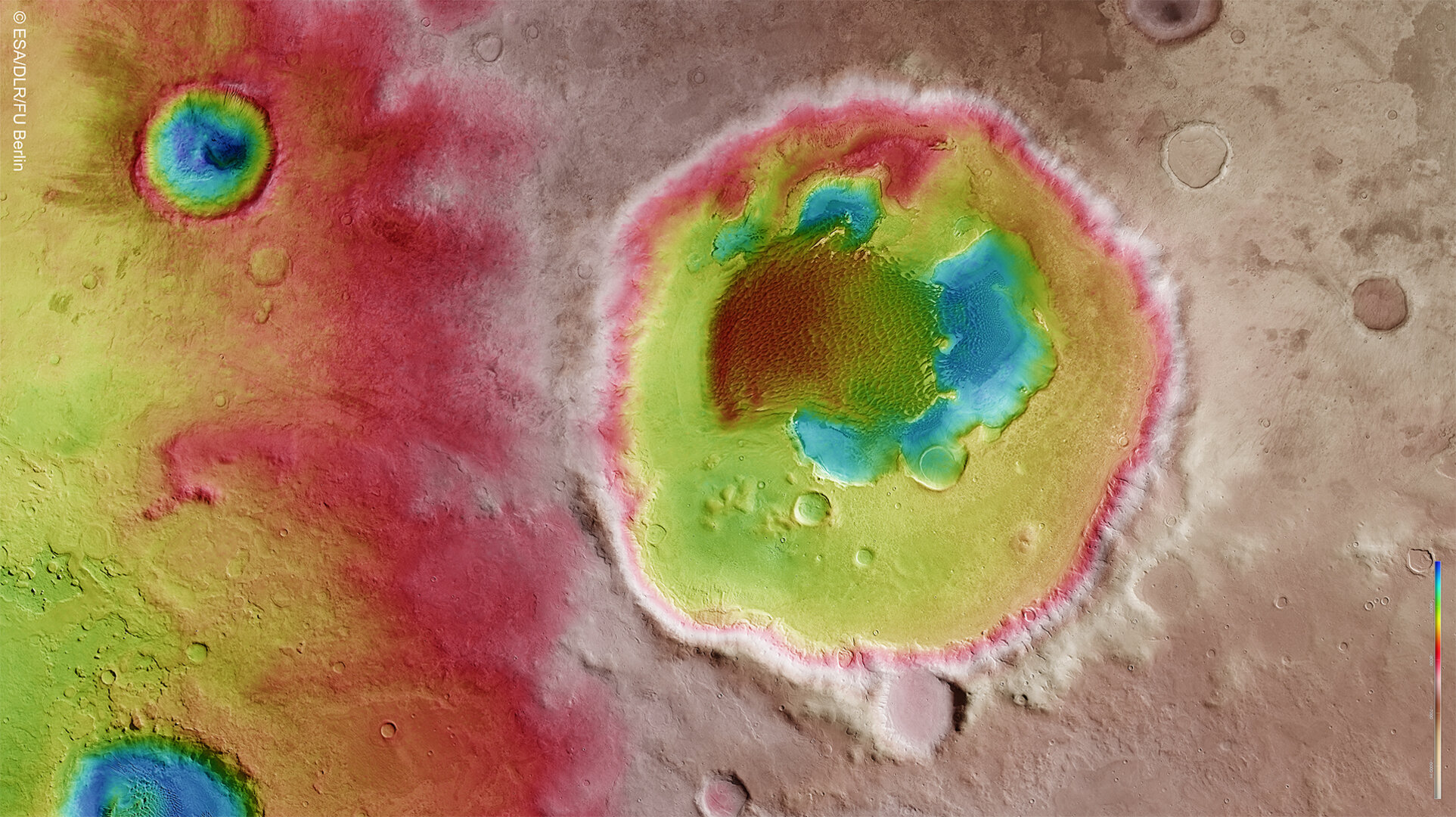 Colour-coded topography map of Rabe crater and its immediate surroundings. White and red show the highest terrains, while blue and purple show the deepest. The image is based on a digital terrain model of the region, from which the topography of the landscape has been derived.

The image was created using data acquired with the High Resolution Stereo Camera on Mars Express on 7 December 2005 (orbit 2441) and 9 January 2014 (orbit 12736). The scene is located at 35°E/44°S, about 320 km west of the giant Hellas impact basin in the southern highlands of Mars. The image resolution is about 15 m per pixel.