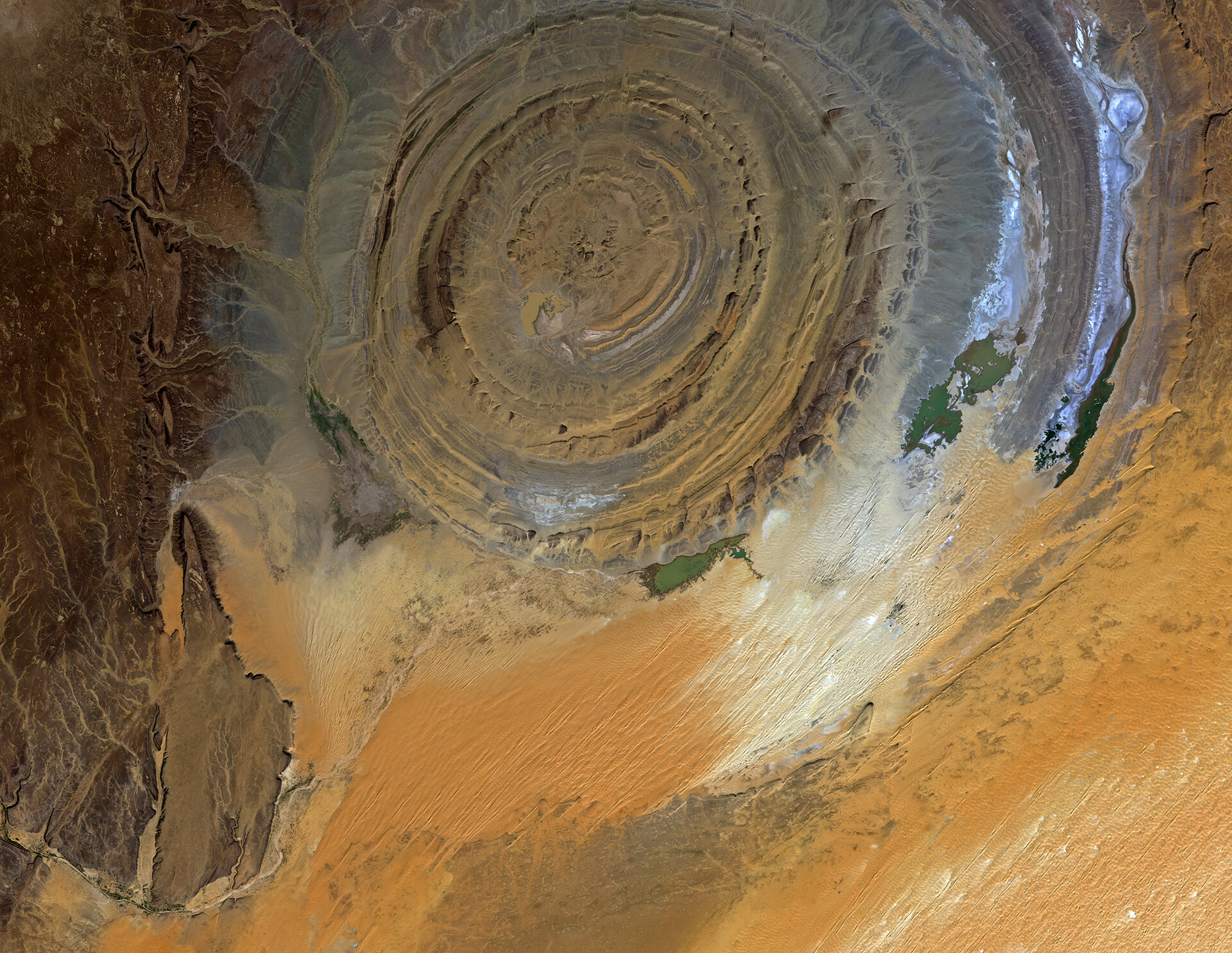 A giant, geological wonder in the Sahara Desert of Mauritania is pictured in this satellite image.

The 40 km-diameter circular Richat structure is one of the geological features that is easier to observe from space than from down on the ground, and has been a familiar landmark to astronauts since the earliest missions.

Once thought to be the result of a meteor impact, researchers now believe it was caused by a large dome of molten rock uplifting and, once at the surface, being shaped by wind and water into what we see today. Concentric bands of resistant quartzite rocks form ridges, with valleys of less-resistant rock between them.

The dark area on the left is part of the Adrar plateau of sedimentary rock standing some 200 m above the surrounding desert sands. A large area covered by sand dunes – called an erg – can be seen in the lower-right part of the image, and sand is encroaching into the structure’s southern side.

Zooming in on the southern side of the bullseye, we can see individual trees and bushes as tiny dots. These follow a river-like structure that appears to have been dry when this image was acquired, a few weeks after the rainy season. Some areas to the south and east of the Richat appear to be covered with temporary lakes, which are dry for most of the year.

This image, also featured on the Earth from Space video programme, was acquired on 23 November 2010 by the Advanced Visible and Near Infrared Radiometer on Japan’s ALOS satellite.