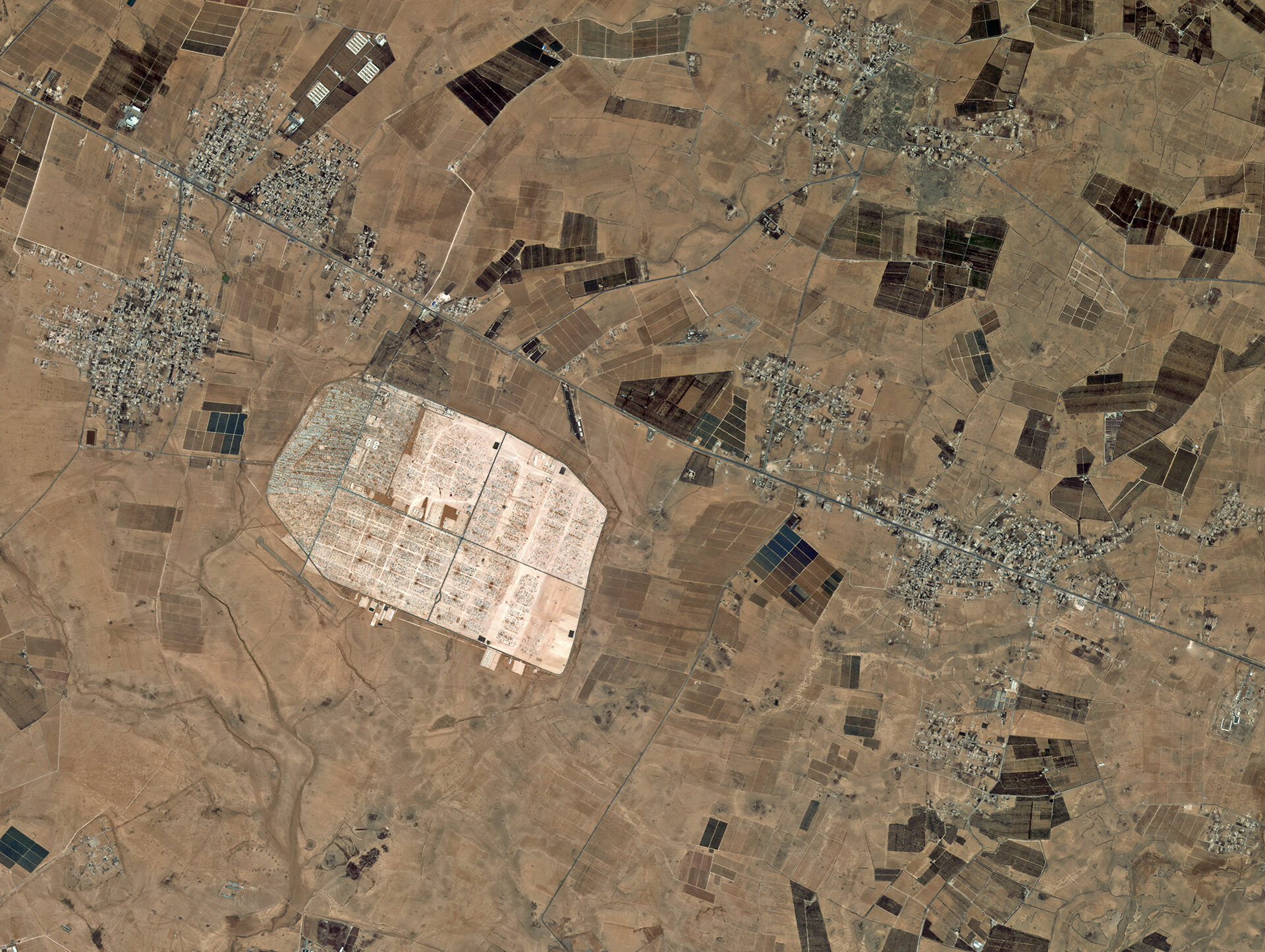 This satellite image shows an area 13 km east of the city of Mafraq in northern Jordan. Sitting geologically between the Syrian Desert and volcanic Hauran plateau, the area experiences a desert climate.

The light-coloured area is the Zaatari Refugee Camp, measuring some 3 km across.

Located just over 10 km from the border with Syria, the camp is currently home to over 100 000 people displaced by the conflict in the neighbouring country.

Satellite images like this can help to identify suitable locations for large refugee camps, which require traffic connections, water and electricity, and should be in a rather flat area.

High-resolution imagery can also be used to monitor these camps and assist humanitarian operations in the region.

The Emergency Mapping Service of Europe’s Copernicus programme uses satellite images to provide geospatial information in support of emergency management efforts. This area has been mapped a number of times to support the construction of the camp, give a detailed view of the structures within the camp, and support drainage work to alleviate flooding.

The Sentinel-2 mission being developed for Copernicus will deliver frequent and high-resolution imagery – similar to what we see here – for disaster control and humanitarian relief operations, among other applications.

This image, also featured on the Earth from Space video programme, was acquired on 5 June 2013 by the Korea Aerospace Research Institute’s Kompsat-2 satellite.