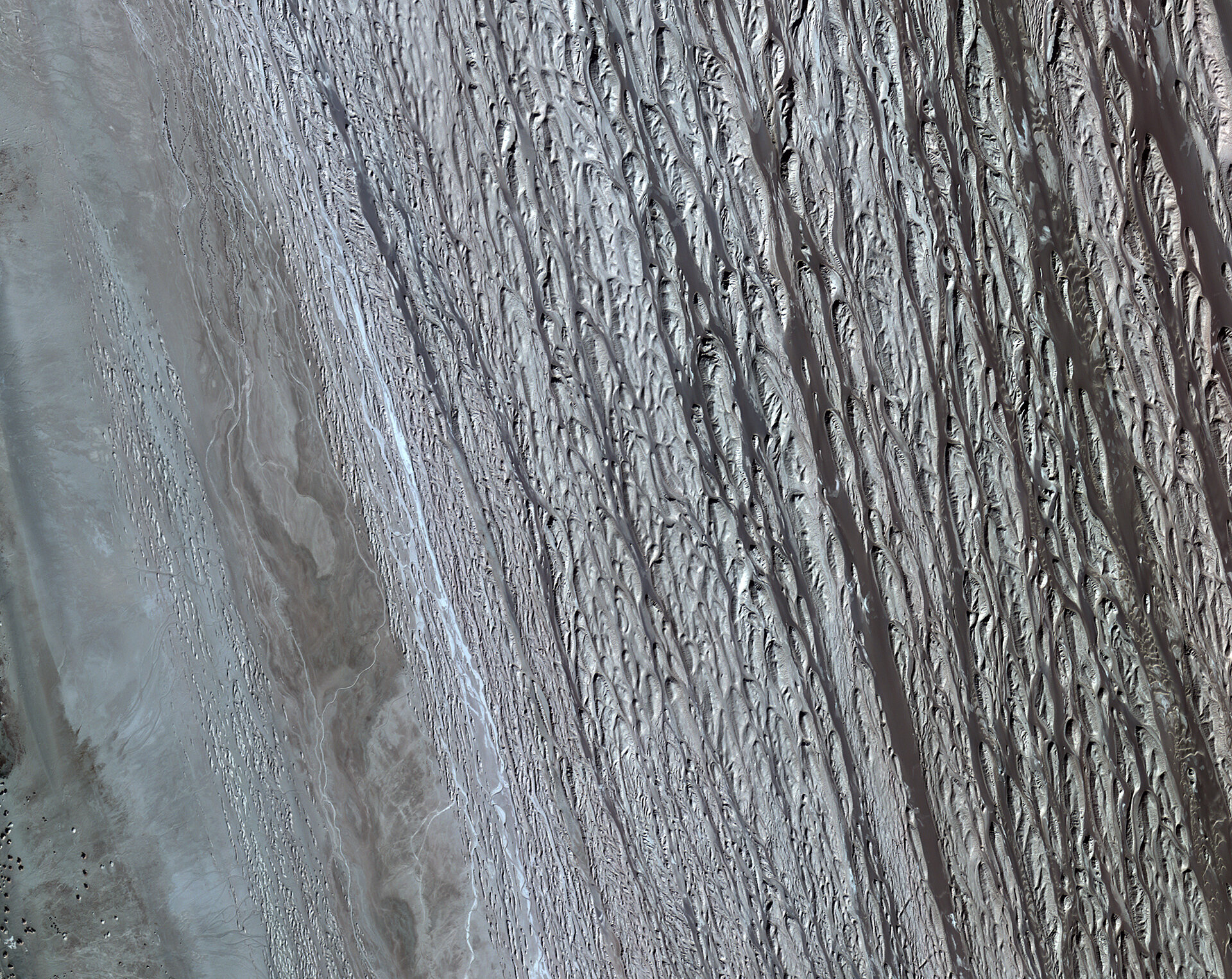 The region is generally considered an abiotic zone – meaning that even bacteria cannot survive here, let alone plants and animals. Some reports claim that research groups brought sterilised milk to the desert and left it uncovered in the shade, but the milk remained sterile.

The area pictured is surrounded by salt flats, visible on the left side of the image. The ridges dominating the image extend about 125 km.

This image was acquired by Korea’s Kompsat-2 satellite on 4 November 2011.