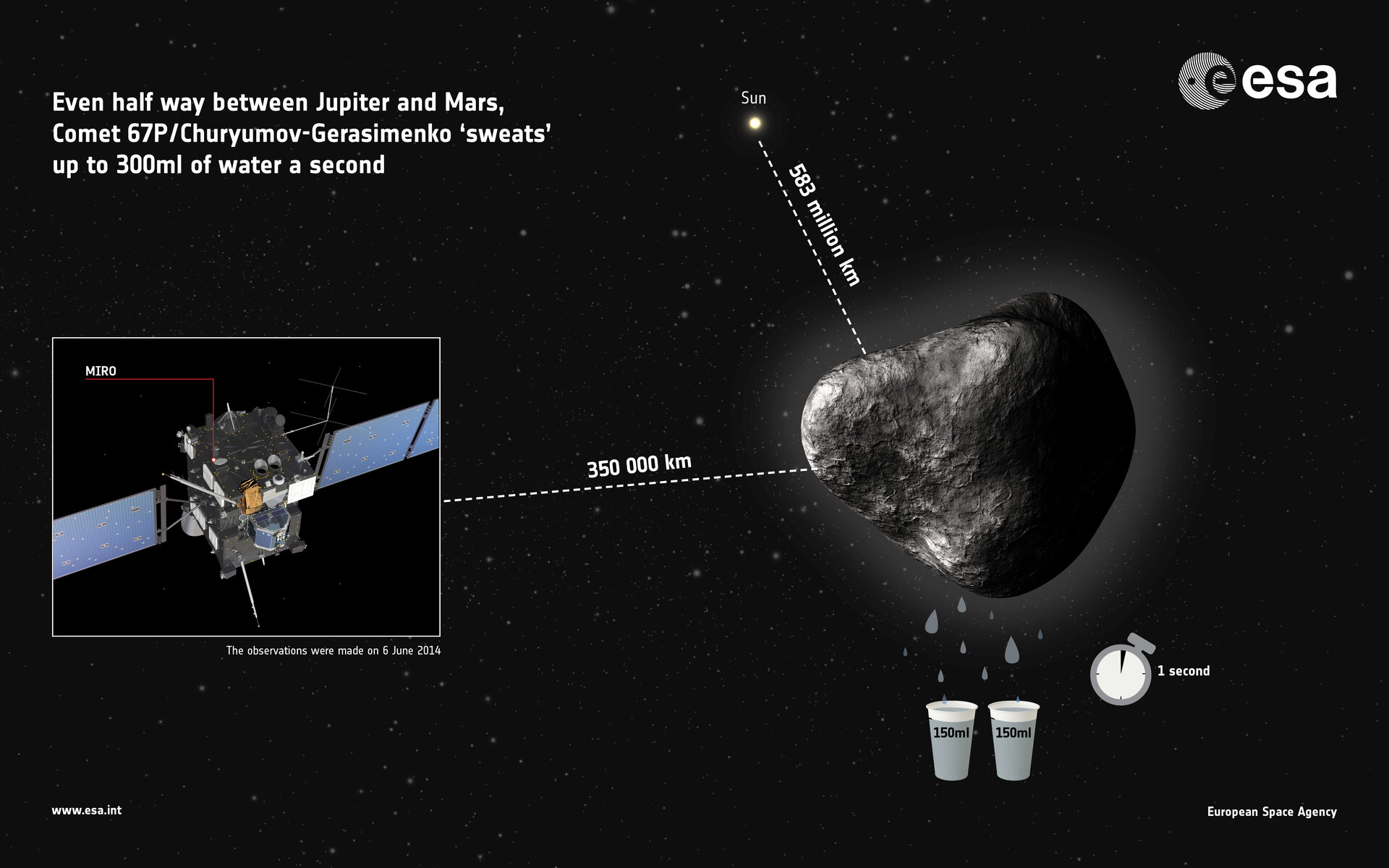 Even when it is still about half way between Jupiter and Mars, some 583 million kilometres from the Sun, comet 67P/Churyumov–Gerasimenko is losing the equivalent of two 150 ml glasses of water a second (roughly the size of the plastic cups in vending machines and water coolers). At this rate, the comet would fill an Olympic-sized swimming pool in about 100 days. But, as the comet gets closer to the Sun, the water vapour production rate will increase significantly.

The observations were made on 6 June 2014 by Rosetta's MIRO microwave instrument, some 350 000 km from the comet.

The comet nucleus in this image is an artist impression.