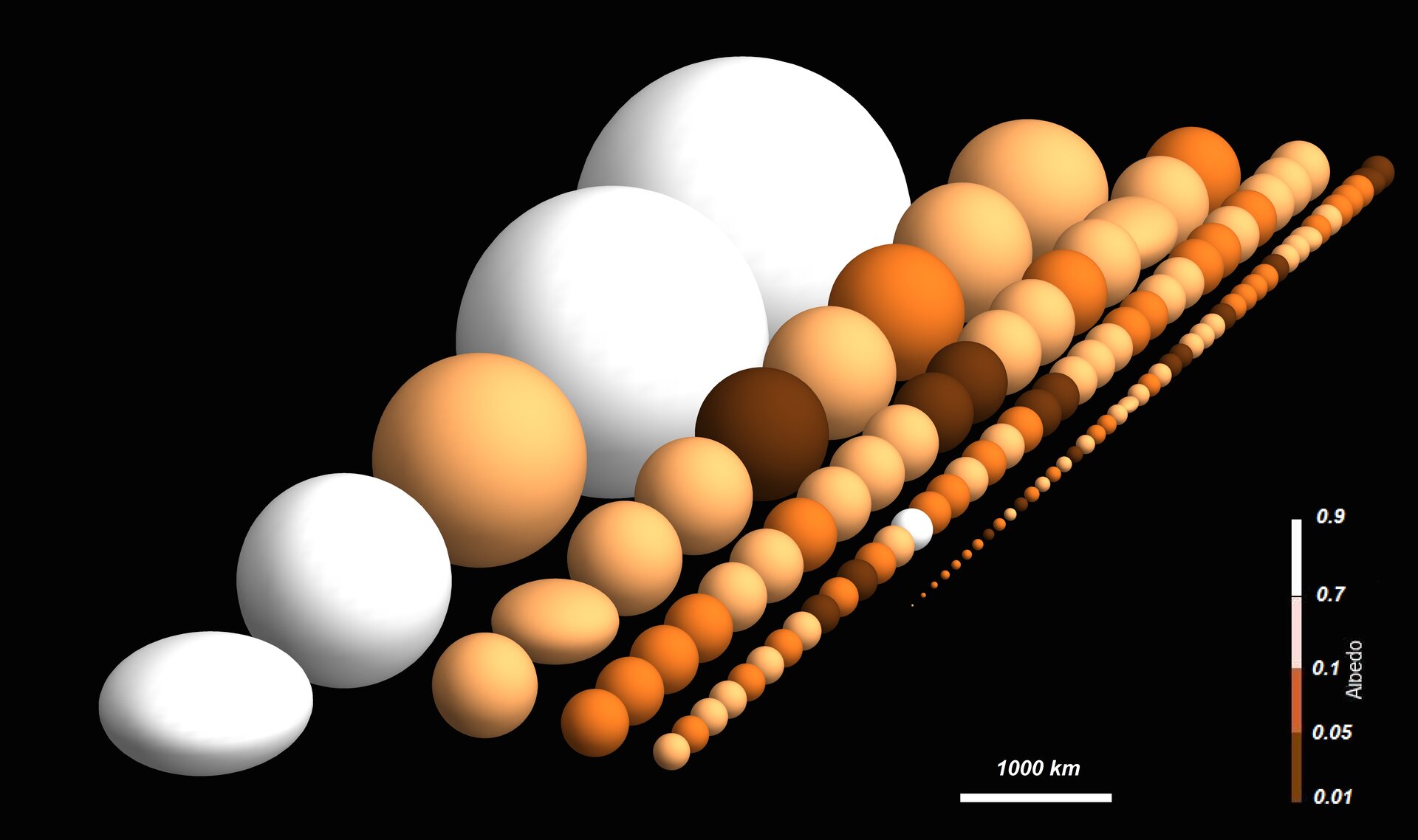 ESA’s Herschel space observatory has observed 132 of the known 1400 cold worlds that inhabit a region of the Solar System beyond the orbit of Neptune, some 4.5–7.5 billion km from the Sun.

These ‘trans-Neptunian objects’, or TNOs, include worlds such as Pluto, Eris, Haumea and Makemake, and make up a vast population of such objects thought to occupy these far-flung reaches of the Solar System.

TNOs are particularly cold, at around –230ºC, but these low temperatures lend themselves to observations by Herschel, which observes at far-infrared to sub-millimetre wavelengths. Indeed, the space observatory observed the thermal emission from 132 such objects during its nearly four-year lifetime.

These measurements provided their sizes and albedos (the fraction of visible light reflected from the surface), properties that are not otherwise easily accessible. The graphic presented here shows a sample of the population of TNOs observed with Herschel, arranged to showcase these properties.

What is most striking is their diversity. They range from just below 50 km to almost 2400 km in diameter; Pluto and Eris are the largest. Two worlds have distinctly elongated shapes: Haumea (seen in white) and Varuna (brown). Some even host their own moons (not shown).

The albedo measurement implies a variety of surface compositions: low albedo (brown) is an indication of dark surface materials, such as organic material, while higher albedo (white) suggests pure ices.

TNOs are thought to be some of the most primitive remnants of the planet-forming era. Thus the results of the Herschel “TNOs are cool: A survey of the trans-Neptunian region” open key time programme are being used to test different models of Solar System formation and evolution.