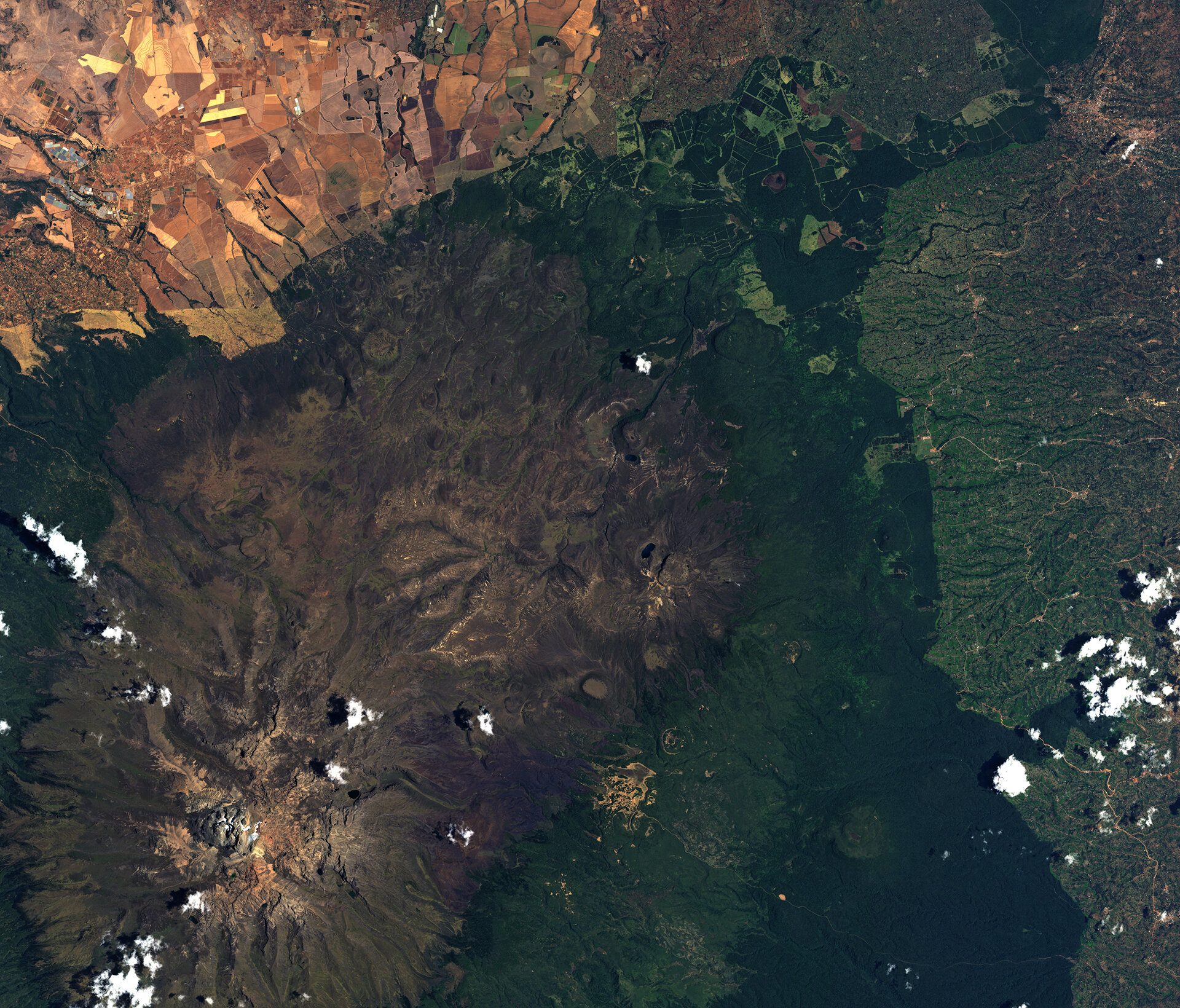 Mount Kenya, the second-highest mountain in Africa, is pictured in this image from Japan’s ALOS satellite from 25 February 2011.

Standing just above 5000 m, this stratovolcano is one of many volcanoes in the East African Rift, an area where two tectonic plates are moving apart.

The mountain has 11 small glaciers but, like all glaciers on the high mountains of tropical Africa, they are rapidly retreating. Less snow accumulates during the winter than melts in the summer, and there is little to no formation of new ice. According to some predictions, there will no longer be any ice on the mountain in the next three decades.

The area around Mount Kenya is a national park protecting the biodiversity and forming an attractive destination for tourists, making it a key economic resource for the region. The area is home to monkeys, antelopes, elephants and leopards.

The Mount Kenya National Park and its natural forest has been an UNESCO World Heritage Site since 1997.

North of the mountain peak we can see a brown patchwork of fields, and a distinct line where the protected area ends and agriculture begins. In fact, a small portion of the park’s borders have fences and other barriers to keep animals within the reserve and off of the farmland.

In the upper right, there are large patches of light green, which are probably areas of failed agricultural development that now belong to the protected area.

Past threats from commercial tree plantations and other habitat destruction have been alleviated through long-term efforts, including the government’s policy of not converting any more natural forest for plantation development. But some areas that had been cleared but never planted are now colonised by grasses, and are being maintained as open grazing lands, rather than being allowed to revert to natural forest.