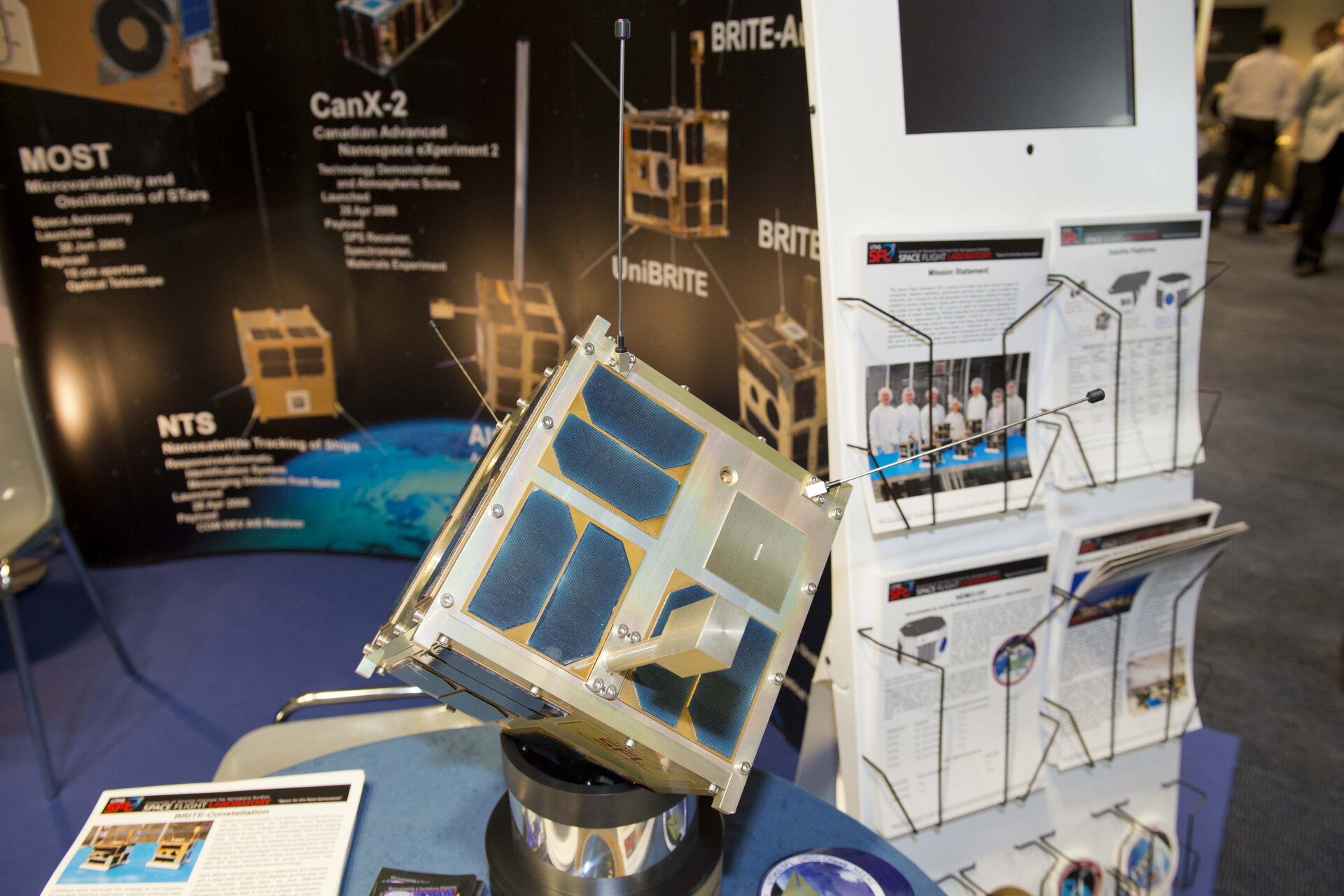 The increasing prominence of small satellites was highlighted at the 2014 Small Satellite and Services Symposium, co-organised by ESA and France’s CNES space agency in Majorca, Spain last week.

Miniaturisation and other developments have boosted the capabilities of small satellites to the point when they are being used increasingly in scientific and operational roles.

At the same time, smaller satellites are much cheaper to build and launch, putting them in reach of smaller businesses and individual university departments.

This is a full-size model of Canada’s BRIght-star Target Explorer (BRITE) nanosatellite – around the size of a toaster – displayed at the symposium.

Carrying a miniaturised telescope able to distinguish a star’s fluctuating brightness much more accurately than from the ground, multiple BRITE nanosatellites operate together as a constellation dedicated to stellar astronomy.