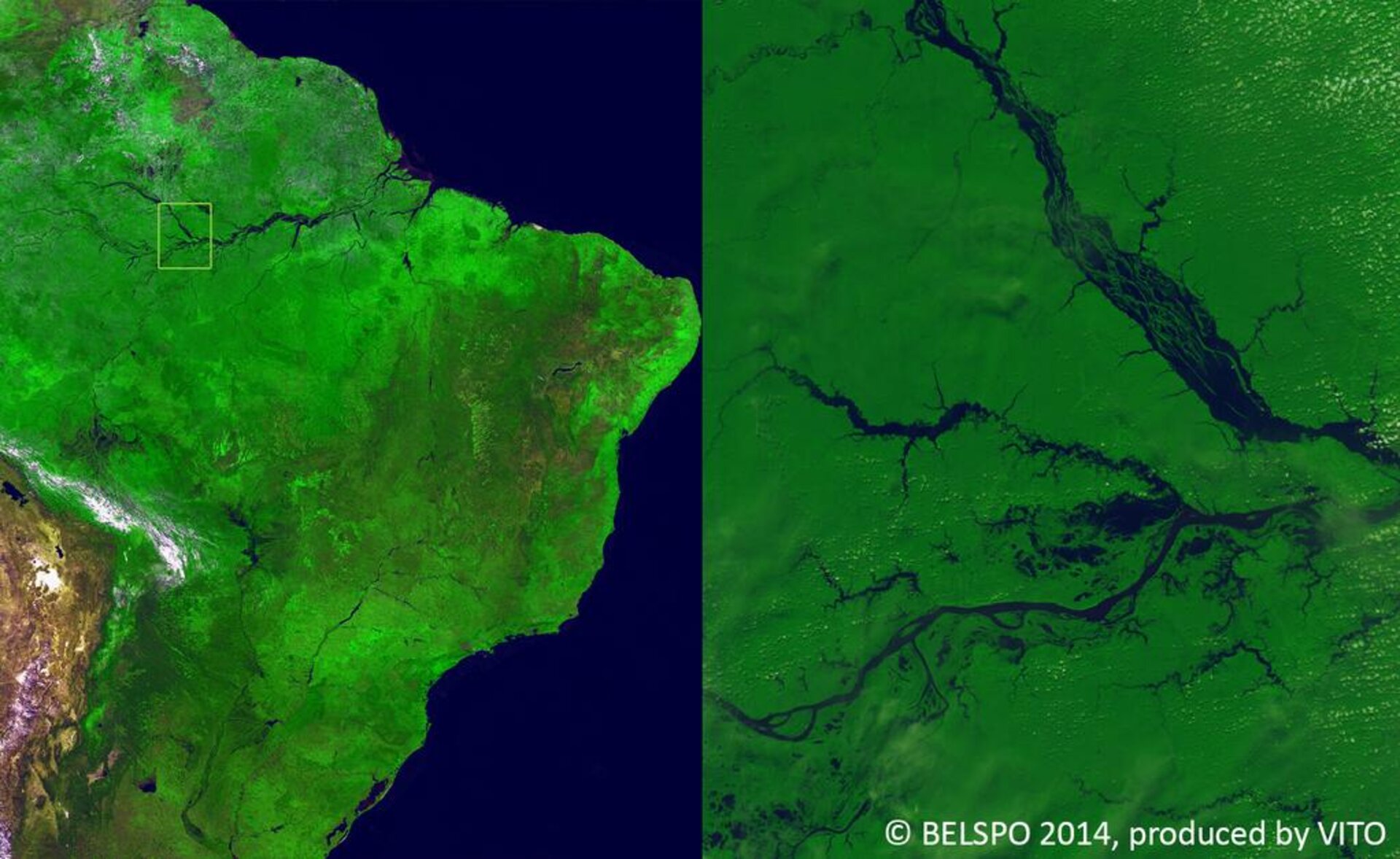 The Andean Plateau, or Altiplano, of neighbouring Bolivia, including Lake Titicaca and the giant Salar Uyuni salt flat, are visible towards the scene’s western edge.

Proba is smaller than a cubic metre but its view spans a mighty 2250 km. It reveals details 300 m across but the central part of the image is sharper – down to 100 m – as demonstrated in the right-hand image, which shows a detail of the River Negro joining the mighty River Amazon.

Proba-V is a miniaturised ESA satellite tasked with a full-scale mission: to map land cover and vegetation growth across the entire planet every two days.

The camera’s continent-spanning field of view collects light in the blue, red, near-infrared and mid-infrared wavebands, ideal for monitoring plant and forest growth as well as inland water bodies.

Proba’s images are processed and distributed to hundreds of scientific end users by VITO, Belgium’s Flemish Institute for Technological Research, extending the coverage of previous generations of the Vegetation camera flown on the Spot-4 and Spot-5 satellites.