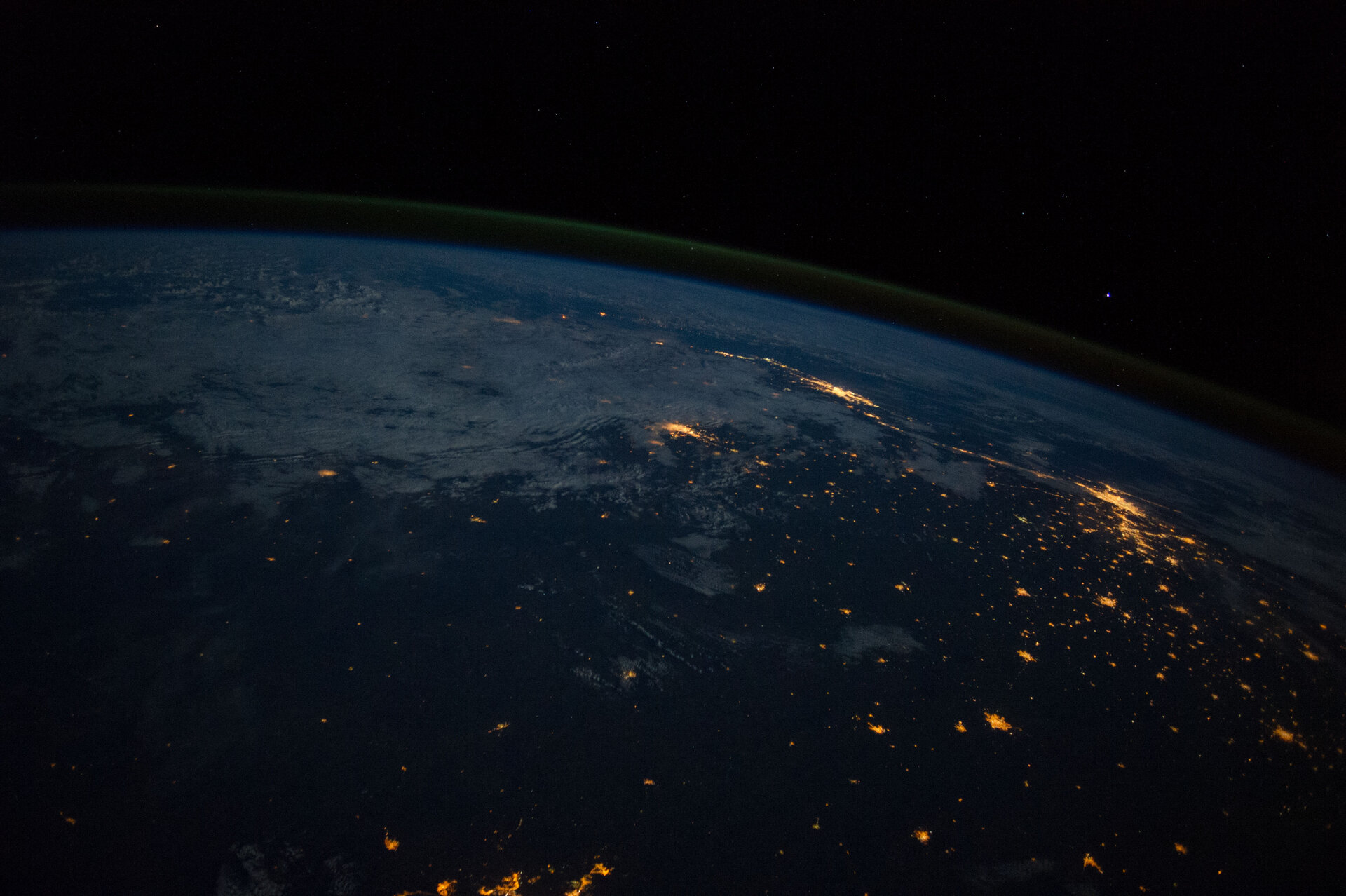 Rio de Janeiro and Sao Paulo as seen from the ISS

As fans around the world tune in watch the World Cup in Brazil, a few  fans out of this world will be watching, too. Members of the  International Space Station Expedition 40 crew will be cheering on their  teams from some 400 kilometres above Earth.  In this picture captured by one of the crew, Rio de Janeiro and Sao  Paulo are seen at night as the ISS orbits the Earth.

Sao Paulo is the  farthest cluster of lights on the right side and Rio de Janeiro is  closer to the middle of the picture. There are three World Cup 2014  stadium cities in one picture: Arena de Sao Paulo, Estadio Mineirao  (Belo Horizonte), and Estadio Do Maracana (Rio de Janeiro).