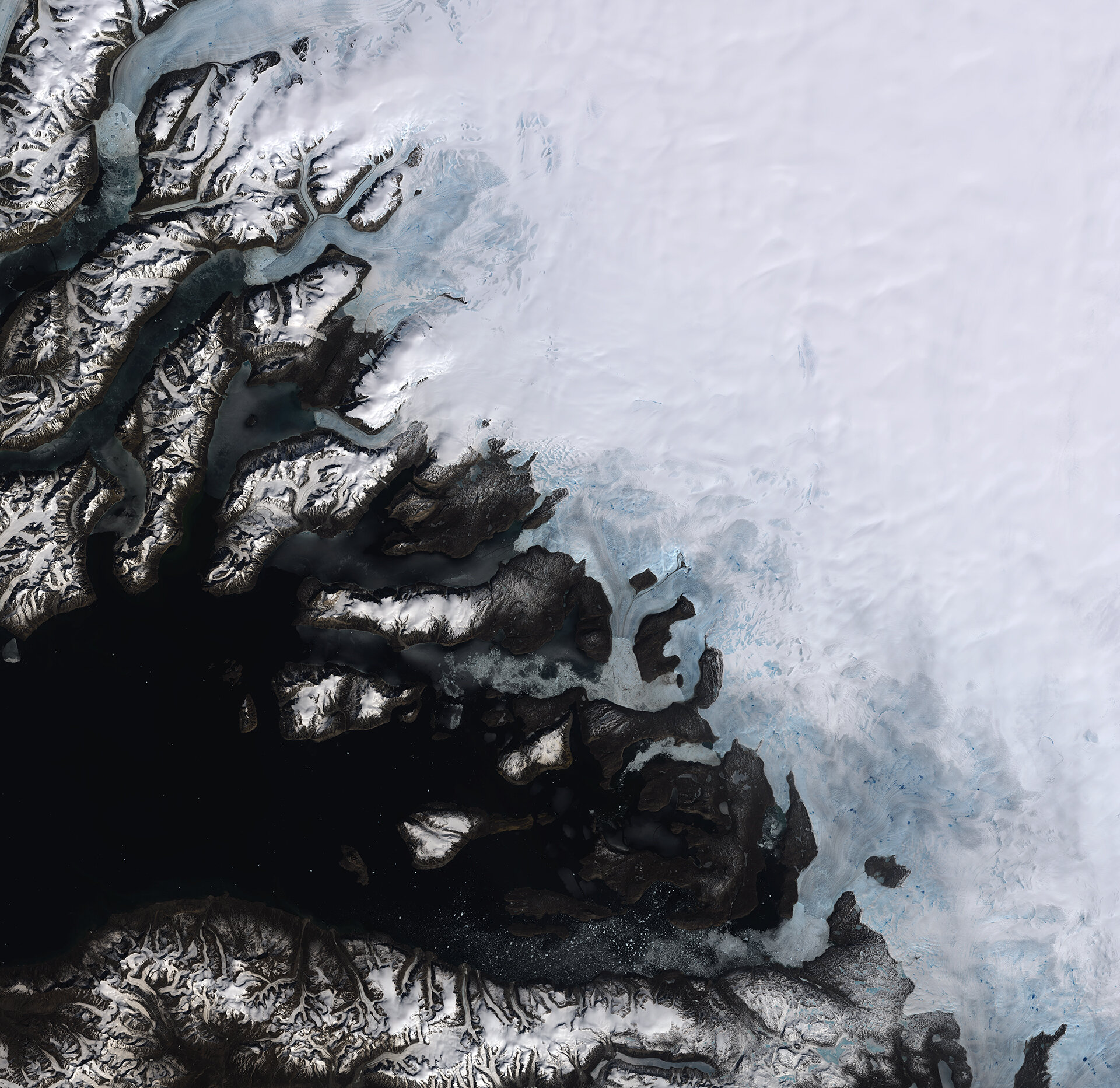 On the southwestern coast of Greenland, multiple ice streams that drain the Greenland ice sheet are pictured in this satellite image.

Covering more than 2 000 000 sq km, Greenland is the world’s largest island and home to the second largest ice sheet after Antarctica.

Scientists used data from Earth-observing satellites have discovered that the rate of ice sheet melting is increasing. Between 1992 and 2012, Greenland was responsible for adding about 7 mm to the average global sea level. Many areas in Greenland – especially along the coast – are losing up to one metre of ice thickness per year.

Melting ice sheets caused by rising temperatures and the subsequent rising of sea levels is a devastating consequence of climate change, especially for low-lying coastal areas.

In addition, the increased influx of freshwater into oceans affects the salinity, which in turn impacts global ocean currents – a major player in the regulating of our climate.

In the lower part of the image, we can see icebergs speckling the waters of a fjord, with the mountainous Nuussuaq Peninsula visible along the bottom of the image.

This image was acquired by Landsat-8 satellite’s Operational Land Imager on 12 June 2013.