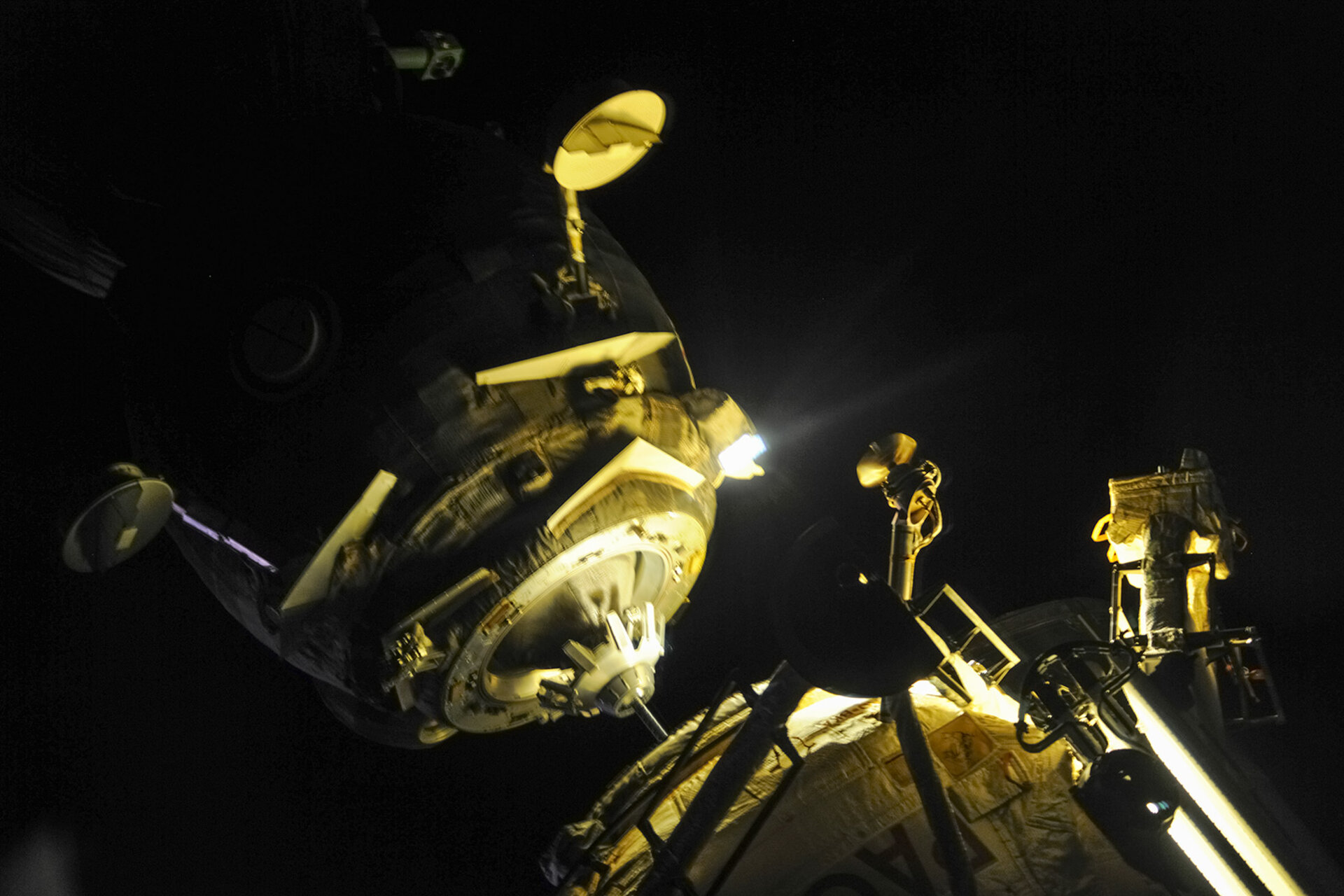 The Soyuz TMA-13M spacecraft docking with the International Space Station. Inside were ESA astronaut Alexander Gerst, NASA astronaut Reid Wiseman and Roscosmos commander Maxim Suraev. The spacecraft docked at 01:44 GMT (03:44 CEST) 29 May 2014. Just over two hours later the docking hatch was opened and the International Space Station returned to a full six-person crew.

This image shows the male part of the Russian docking system on the Soyuz spacecraft, the extending rod that guides the spacecraft to a secure connection. Russian docking ports have a male and female part, like an electrical plug and socket. This means that a spacecraft can dock only with a vehicle that has the correct receiving port.