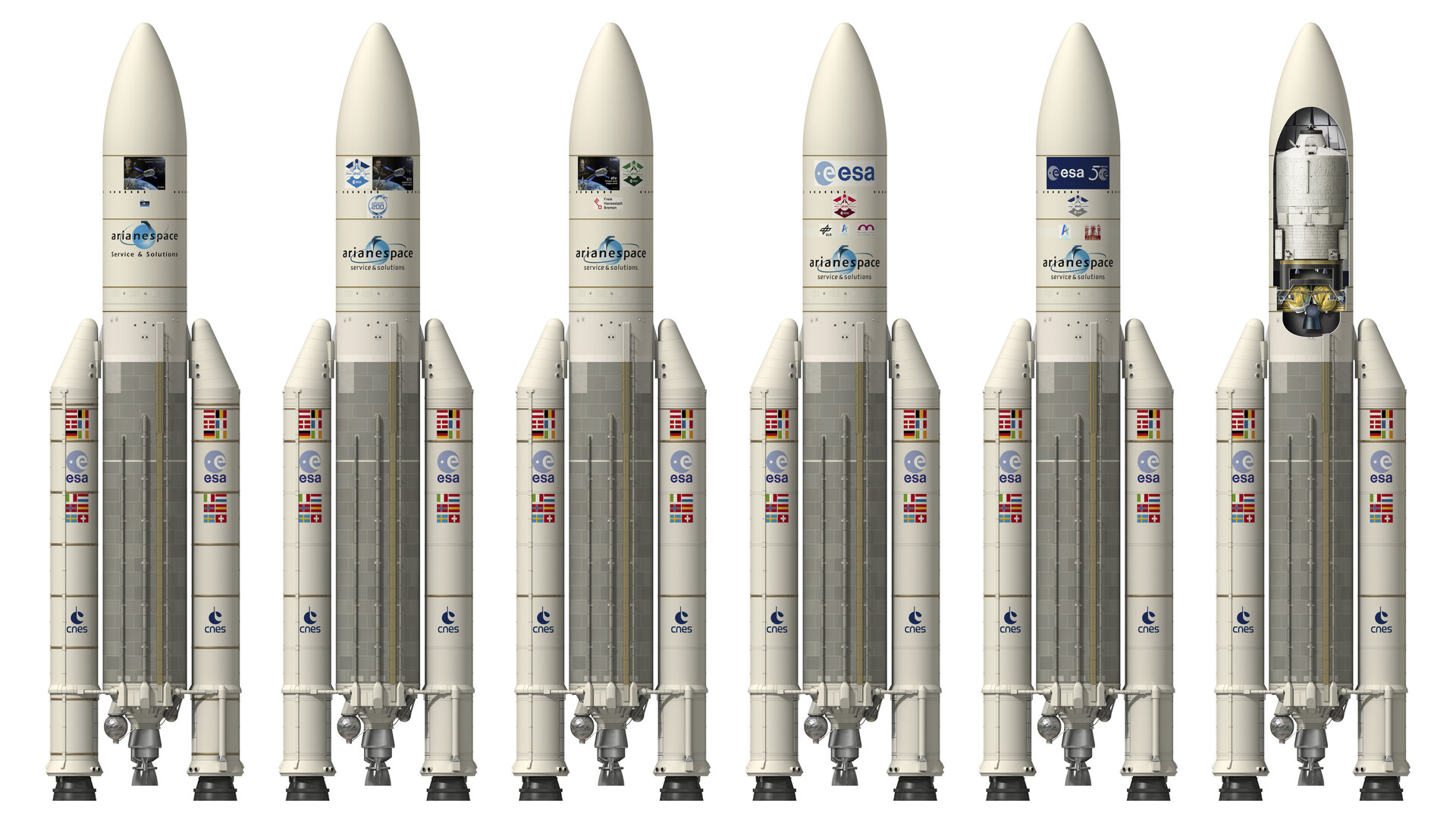 Artist's view of Ariane 5 with the different ATV.

The International Space Station depends on regular deliveries of experiment equipment and spare parts, as well as food, air and water for its permanent crew.
Since its first voyage in April 2008, the Automated Transfer Vehicle (ATV) has been an indispensable supply ship to the Space Station.
Approximately every 17 months, ATV carries 6.6 tonnes of cargo to the Station 400 km above Earth. An onboard high-precision navigation system automatically guides ATV on a rendezvous trajectory towards the orbital outpost, where it docks with the Station's Russian service module Zvezda.
ATV then remains attached as a pressurised module and integral part of the Station for up to six months. After that it detaches and reenters Earth's atmosphere, where it breaks up and burns, together with up to 6.4 tonnes of waste from the Station.